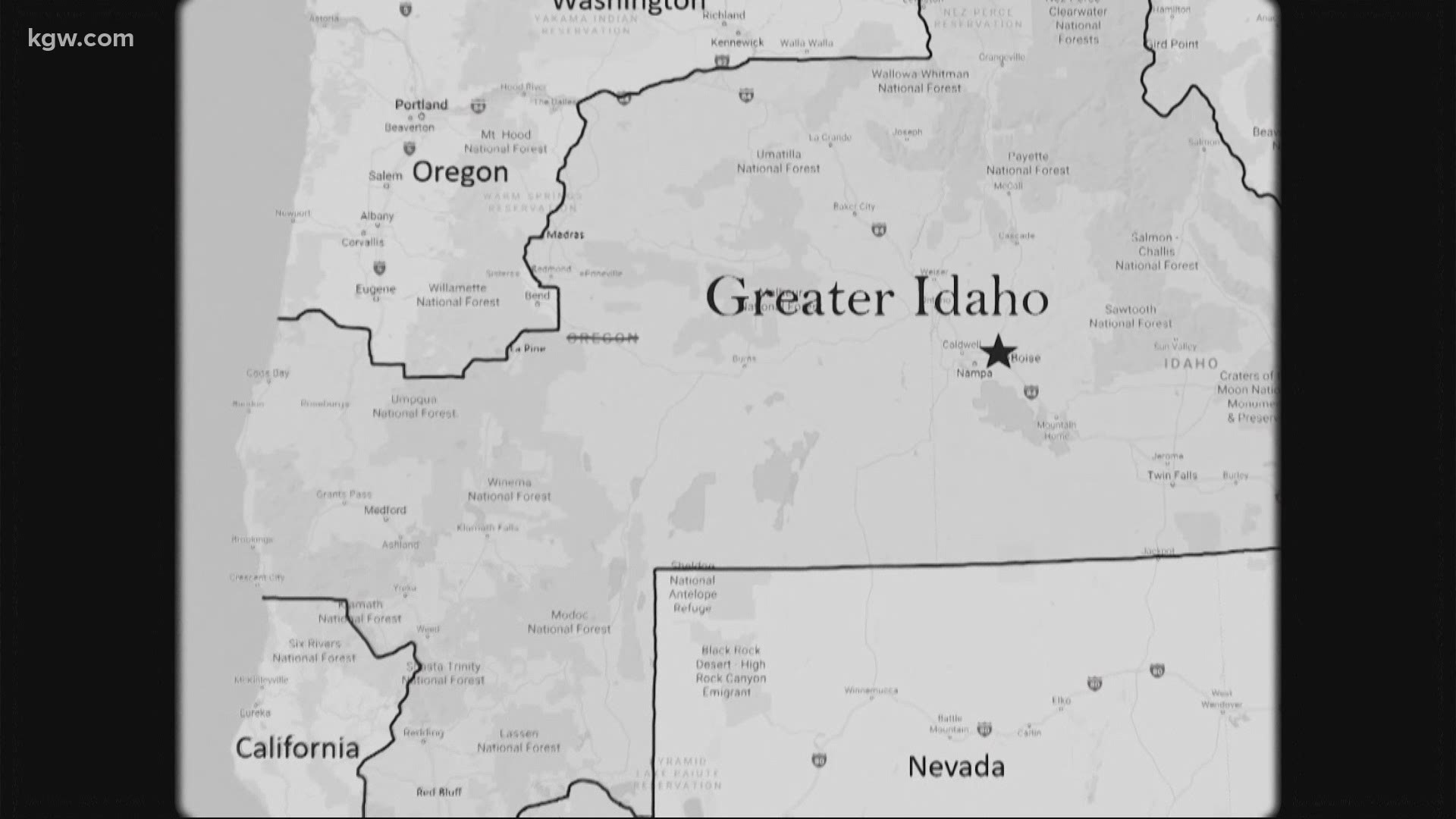 PORTLAND, Ore. — With a Democratic supermajority in the Oregon legislature and increasingly left-leaning urban areas, conservative rural Oregonians have long felt left out of state politics.

Some of these conservative Oregonians are trying to leave the state all together to preserve their values. But they don’t plan to physically move anywhere — it’s Oregon’s borders they want to move to form a “Greater Idaho” (the movement's slogan, not a suggested name).

Mike McCarter, the president of Move Oregon's Border, said in a press release, “We love our communities. We’re tied into them. It’s just the state government that we hate.”

In Oregon, this idea is taking hold in Union and Jefferson counties, where the majority of residents voted in favor of their county commissioners discussing the border change.

RELATED: Election Day 2020: Results from the top races in Portland and Oregon

Sabrina Thompson, a Union County resident and a reporter for The Observer, said she was not surprised the measure passed in her county — a conservative, agricultural area.

“(Supporters of the movement) don't like what's going on in Portland and on the west coast and then Salem, so they want to separate themselves,” Thompson said. “A lot of the support for it comes from the decisions regarding agriculture that have been made regarding taxes on agriculture and ... regulations on farming.

Move Oregon’s Border plans to go county by county with petitions in order to build grassroot support for the movement, according to McCarter, a LaPine resident.

“These county votes are set up to send a message to the state representatives, the state senators and our state legislature that there is a lot of frustration out here in the rural parts of Oregon,” he said.

Although the measures only passed in two out of the four counties where they were on the ballot, McCarter said he thinks the movement did  well considering the restraints. They missed the deadline to get an explanation of the measure on voter guides, and with the pandemic, they were unable to hold rallies or go out to collect enough signatures in some counties.

According to McCarter, the recent votes in favor of moving the border are largely symbolic. In order for the borders to actually shift, the issue would have to be considered in both Oregon and Idaho’s state legislatures, and the U.S. Congress. 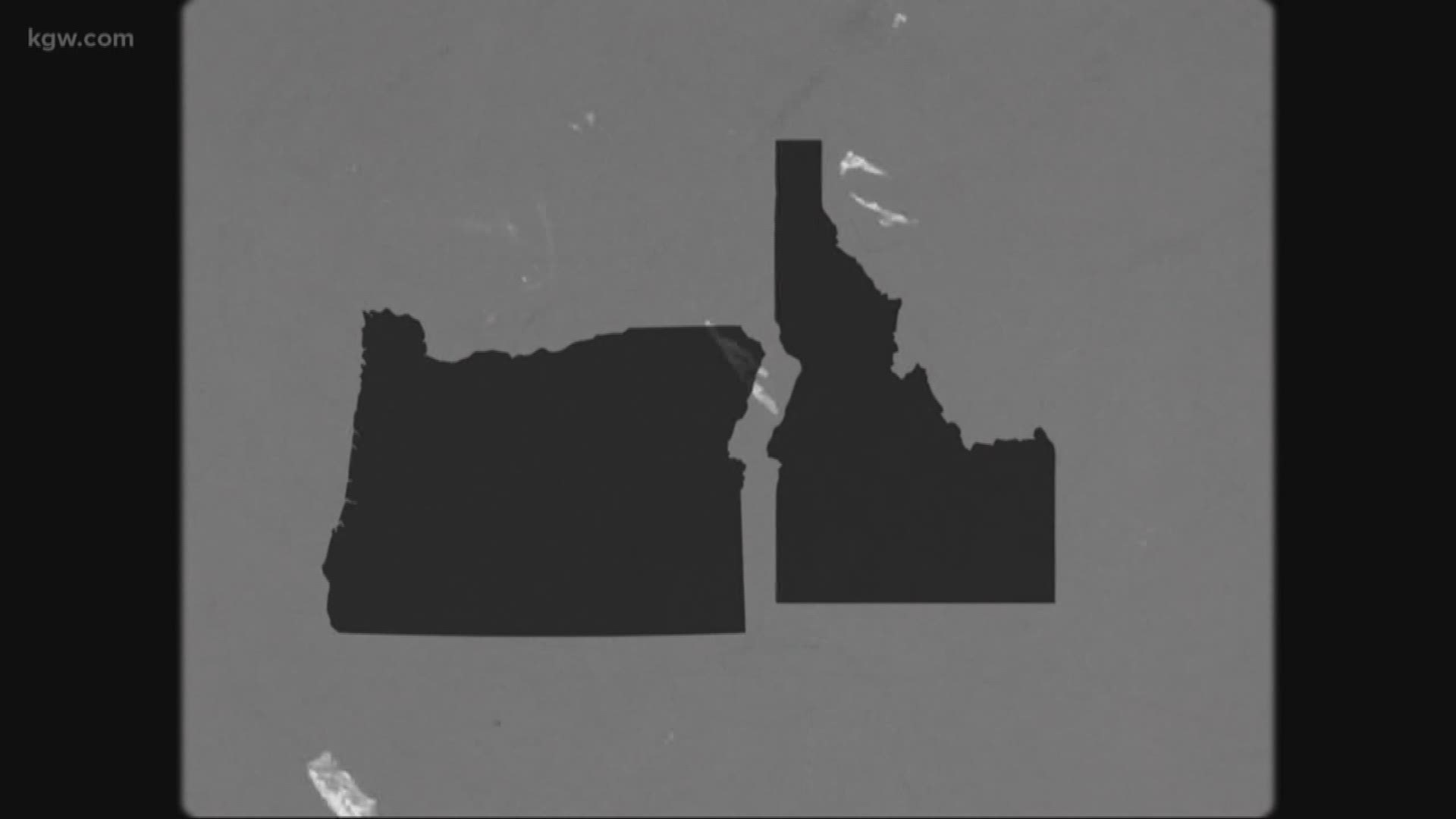 Despite this long process, McCarter thinks that both Oregon and California conservatives and the liberal-leaning legislatures will eventually see changing the borders as a necessary solution.

In a press release, he said, “The friction between conservatives and the Left in Oregon and California will continue to increase as their expectations diverge, so moving the border will eventually be seen as the necessary, peaceful solution to this problem.”

McCarter said the Idaho officials are “leary” about the border change, but he expects that to change with time. He said both Idaho and Oregon state legislators plan to attend an upcoming Move Oregon’s Border meeting.

Thompson, on the other hand, said it will be challenging to get the legislatures on board.

“I think it's going to be a very big uphill battle to get the Oregon legislature to agree to give up a good portion of their state, as well as to get California as part of the measure,” she said. “But it's what democracy is for, to have these conversations and to have this discussion about whether or not we like our government and what we want to do about it.”

While Move Oregon’s Border argues that taxes are lower in Idaho overall, Thompson said that many Oregon residents have expressed concerns about Idaho’s sales tax and weaker social systems.

She said that moving the borders could put the states in political bubbles where people only hear their own beliefs.

As she puts it, “If by moving our border to Idaho, are we putting ourselves in a very tight political sphere where we don't hear from other outside perspectives?”

Despite this, McCarter said the border change is necessary to give a voice to rural Oregonians.

“In Oregon right now with the voting base that they have out of the Willamette Valley, they can dictate anything that takes place in Oregon without any input from the rural side,” he said.

Move Oregon’s Border plans to continue to collect signatures for the May 2021 local elections in 11 Oregon counties and would start petitions in California if the Oregon/Idaho border changes.