During his stop in San Diego, Pence boarded a Coast Guard cutter and saw 40,000 lbs of drugs that had been seized. 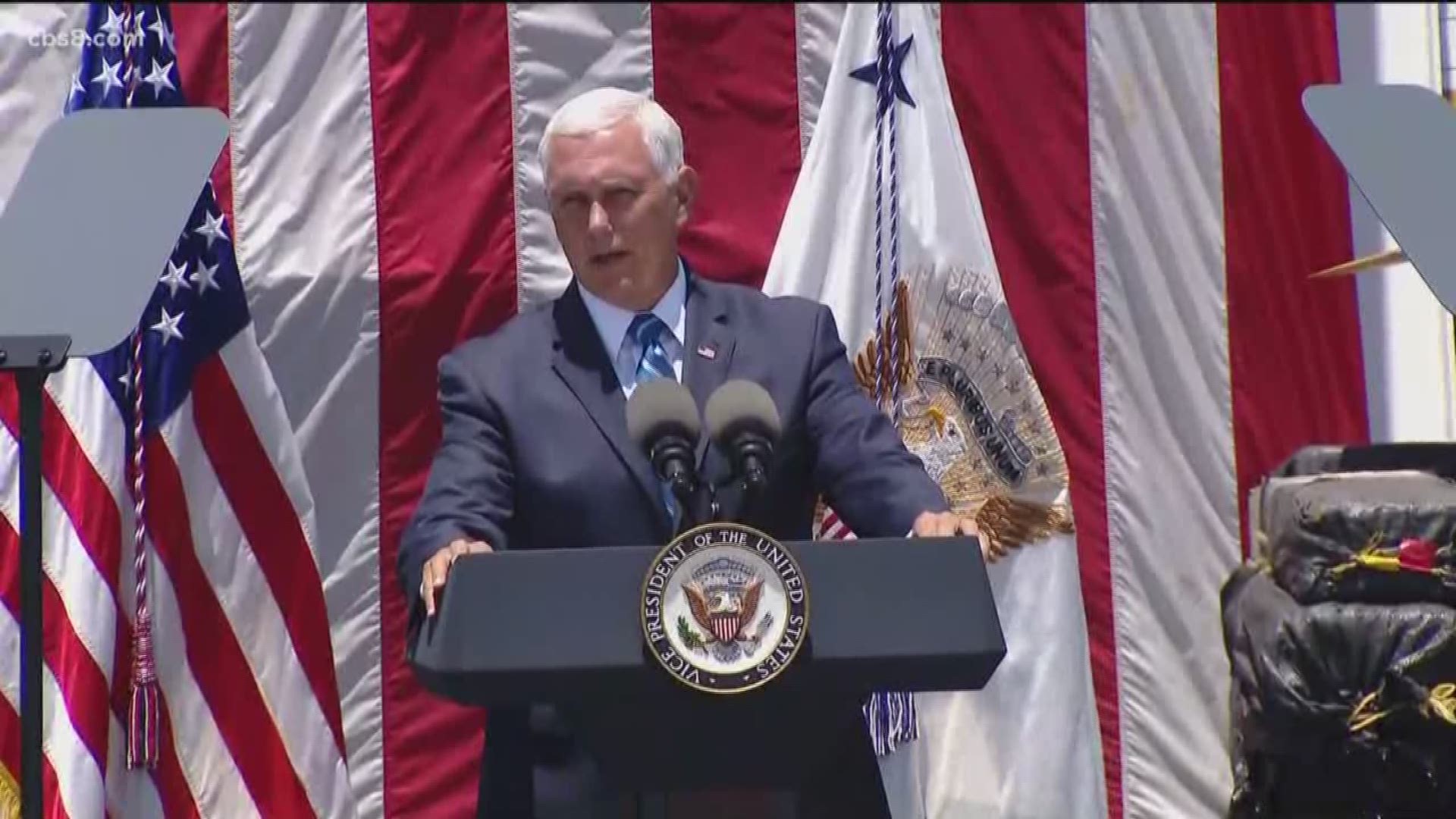 SAN DIEGO — Vice President Mike Pence visited two U.S Navy bases in San Diego on Thursday and witnessed the unloading of seized drugs off a Coast Guard cutter. He was also in town to attend a fundraising dinner for President Donald Trump's re- election campaign.

During his stop in San Diego, Pence visited U.S. Naval Amphibious Base Coronado and Naval Air Station North Island. At the Naval Air Station, Pence attended the offloading of what the Coast Guard says are more than 39,000 pounds of cocaine and 933 pounds of marijuana worth a combined estimated $569 million from the cutter Munro, which is normally homeported in Alameda. The drugs were seized in international waters in the Eastern Pacific Ocean.

Although Pence has not visited San Diego County in an official capacity since taking office in January 2017, he traveled to the U.S.-Mexico border in Calexico, located about 100 miles east of San Diego in Imperial County, in April 2018 to discuss immigration policy and view renovated areas of border fencing.

RELATED: US Coast Guard offloads $569M worth of cocaine, marijuana in San Diego

"We are thrilled to have @VP @Mike_Pence visit San Diego," Republican Party of San Diego County Chairman Tony Krvaric wrote in a Twitter post. "All fair-inded San Diegans will acknowledge that the Trump-Pence administration's policies have ushered in unprecedented economic growth and support for our military service members."

After spending the day in San Diego, Pence will travel to McAllen Texas, where he will tour a migrant detention center. Meantime, a rally is planned in San Diego for Friday to shut down the facilities. 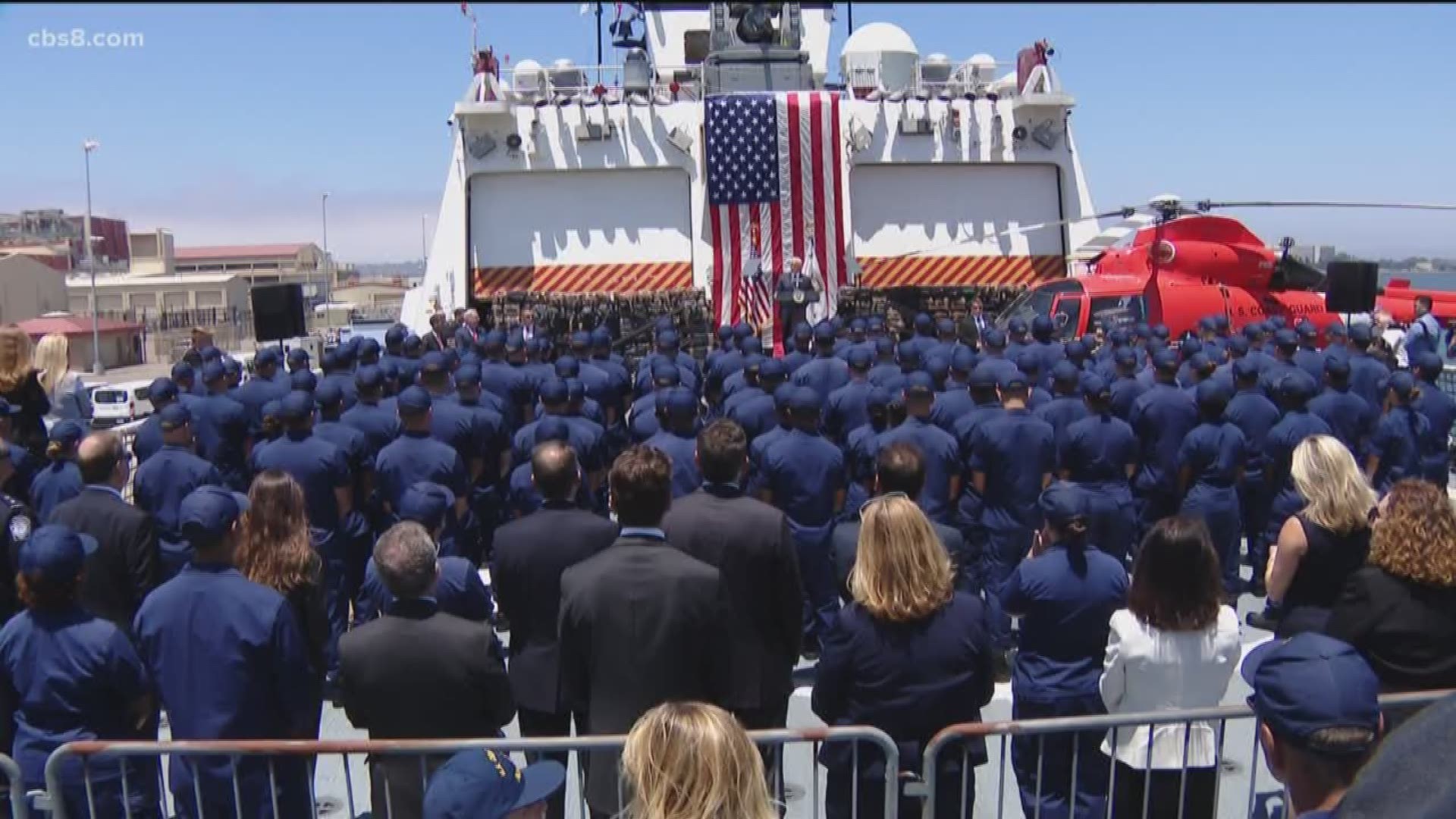 Pence arrived in San Diego Wednesday night after visiting Naval Air Station Lemoore and Vandenberg Air Force Base in Lompoc. The stop is part of a three-day swing through California and Texas to visit constituents and military bases.