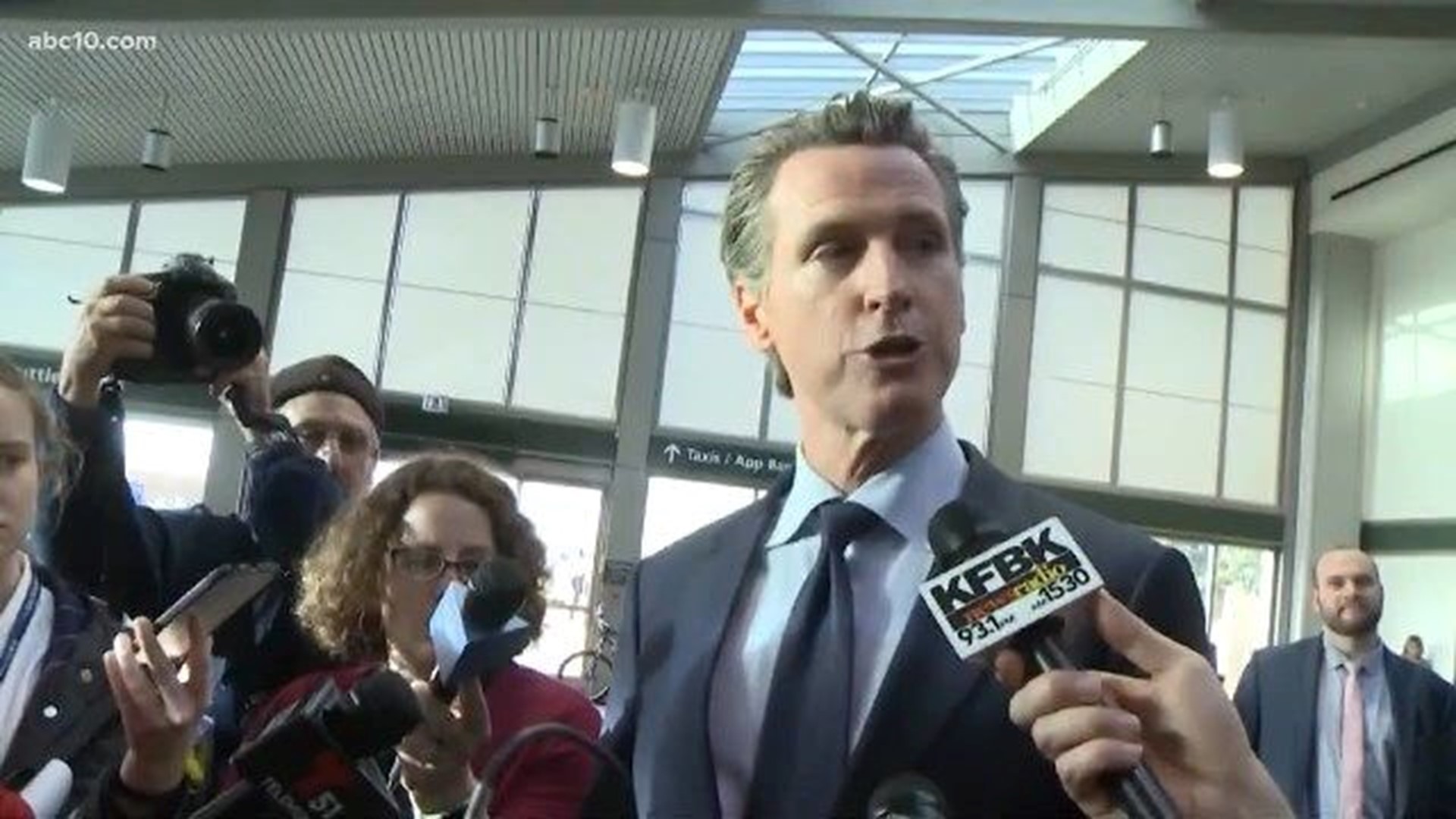 Klaas says Monday afternoon he was invited by the governor's office for a meeting on Tuesday. Klaas said during that meeting, Newsom said he planned on stopping executions.

"Near the end of the meeting, he said 'We need to talk about the death penalty,'" Klaas recalled. "And he let it be known, in terms, that there would be no executions, at least to the best of his power, during his administration."

RELATED: Notable inmates on California’s death row and their crimes

Klaas discussed the time period when his daughter was kidnapped. In 1993, his daughter, who was 12 years old, was having a slumber party with her two friends at her mother's house.

Klaas said it's difficult for him to recall all of the details from that time because he was blinded by fear and anger. One thing he says he'll never forget, however, is the day Richard Allen Davis confessed to killing the pre-teen.

In 1996, Davis was sentenced to death. He remains on death row to this day.

The day after meeting with Newsom, the governor signed a moratorium on executions. On his Twitter page, Newsom says the death penalty is ineffective, irreversible, and immoral.

Klaas said he "became viscerally angry." He sees the death penalty as fair.

"I pointed out to him that means there’s a very good chance Polly’s killer will live longer than me, because he benefits from something that I don’t benefit and that’s guaranteed healthcare," Klaas said.

Klaas describes his daughter as a light and the love of his life. For now, he feels like his family, as well as others, will not get justice.

"I, and every one of the victims' families, should have the expectation that at some point in time, this will be served," Klaas said. "And until those individuals are executed justice will not be served."