‘Tis the season for worrying about whether your presents get stolen before you have time to even wrap them. 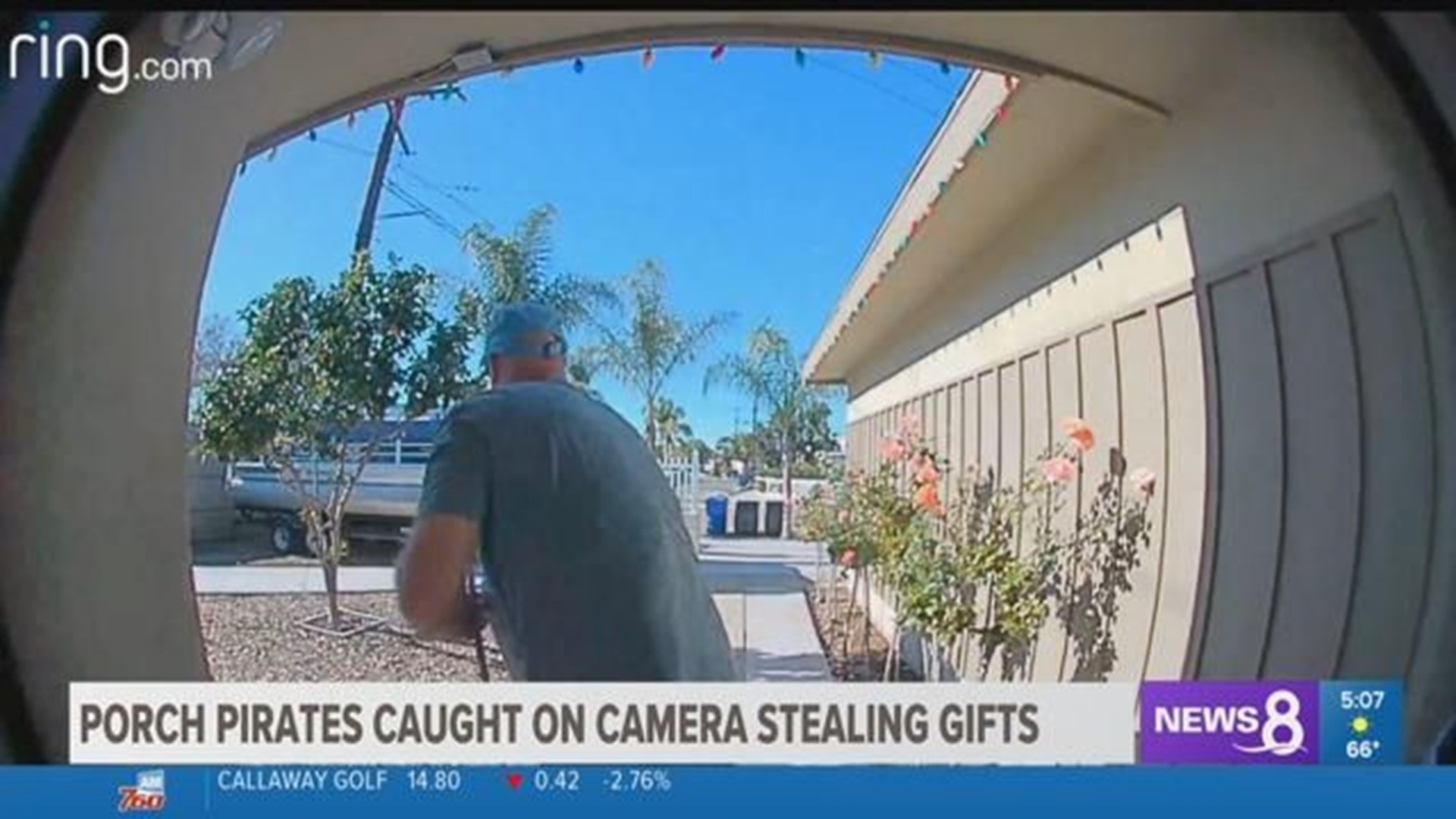 SAN DIEGO (NEWS 8) – ‘Tis the season for worrying about whether your presents get stolen before you have time to even wrap them.

Countless porch pirates haven been captured on camera stealing packages – leading online shoppers to start using Amazon lockers or having to take time off work to prevent their packages from being stolen.

Brad Beckwith had the perfect surprise Christmas gift for his wife, but it was stolen by porch pirates. “They are brazen. My truck was right out in front and they guy just walked right up. It looked like people were home, but they don’t even care.”

The man captured on Brad’s Ring camera was wearing a blue ballcap with a skateboard. "You're not really stopping anybody, but you can see the people walking off with your stuff."

Brad’s neighbors said they noticed. "Few people saw him at the square, but what are you really going to do? You're going to go up and say, 'you have my sewing machine?' So you're helpless! The police aren't investigating because it's happening so much. They don't want to send an officer out, so we're kind of stuck."

Ricky Vida is a postal inspector. "When these criminals are caught, we prosecute them under 18USC1708 mail theft. It's a federal crime and they can face up to 5 years in jail and a 250,000 dollar fine."

Some ways to protect yourself and your package is by using the USPS Informed Delivery Digest. You can sign up for free at usps.com.