Medical marijuana has been legal in California for 20 years. Now, there's a medical cannabis product for your pet. 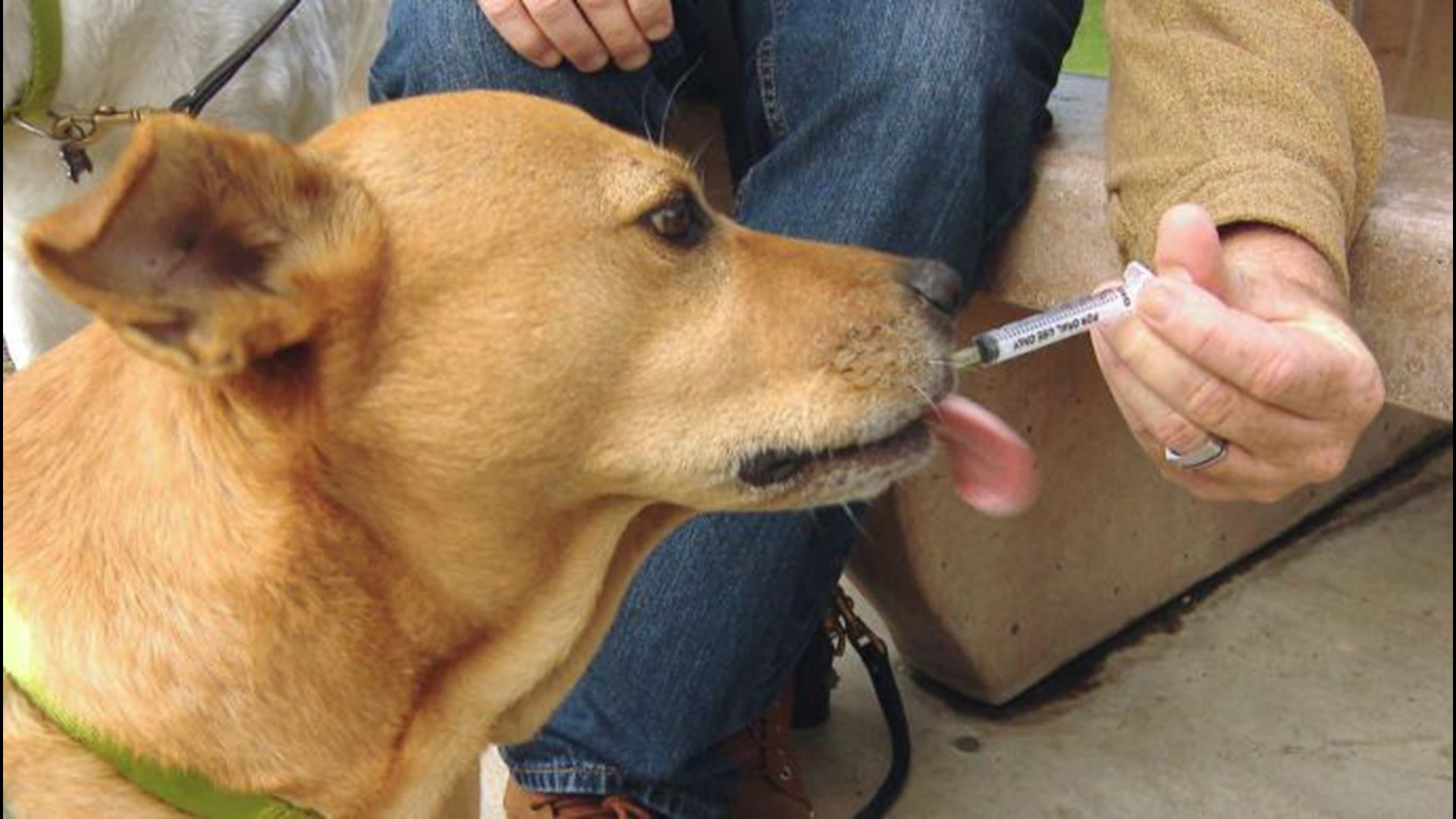 SAN DIEGO (CBS 8) - Medical marijuana has been legal in California for 20 years. Now, there's a medical cannabis product for your pet.

"She has tumors," said Risner. When he found out Mable had cancer and arthritis he decided get a medical marijuana prescription.

"I did receive my medical marijuana card but it was more for her to be quite honest," said Risner.

He purchased a product called Vet-CBD, a cannabis oil administered with a dropper.

"For Mable, I give her one and a half ounces because she's a larger dog," he said. "I just put it in her mouth."

The oil has most of the THC removed. THC is the chemical in marijuana that gets people high. It's the other ingredient in marijuana, CBD, which seems to act like a sedative on pets.

"It won't get your dog stoned at all," said Ivan Ramirez, a manager at A Green Alternative dispensary in Otay Mesa.

"The doctor has to give you a prescription and you can come over here and buy the CBD," Ramirez said.

Risner also gives the product to his other dog, Lyla, who was experiencing seizures. He says both animals have responded well to the medication.

"Within the first few hours, we realized that it really did have a calming effect on her; and then within the first day or so, we could see improved activity as far as movement," said Risner.

Some veterinarians are still cautious about the product.

"The vet said that there's not enough research done yet," said Risner, who told us he would recommend the product to other pet owners.

"As far as I'm concerned it works," said Risner.

Veterinarians cannot write prescriptions for cannabis oil. The pet owner has to have their own medical marijuana card to purchase Vet-CBD.

That card-carrying requirement has not changed with the passage of Proposition 64 in California.