The legalized sale of recreational marijuana is set to begin on Jan. 1. News 8 went inside the first store to get a state license in San Diego and the Sorrento Valley outlet is ready for a rush of ... 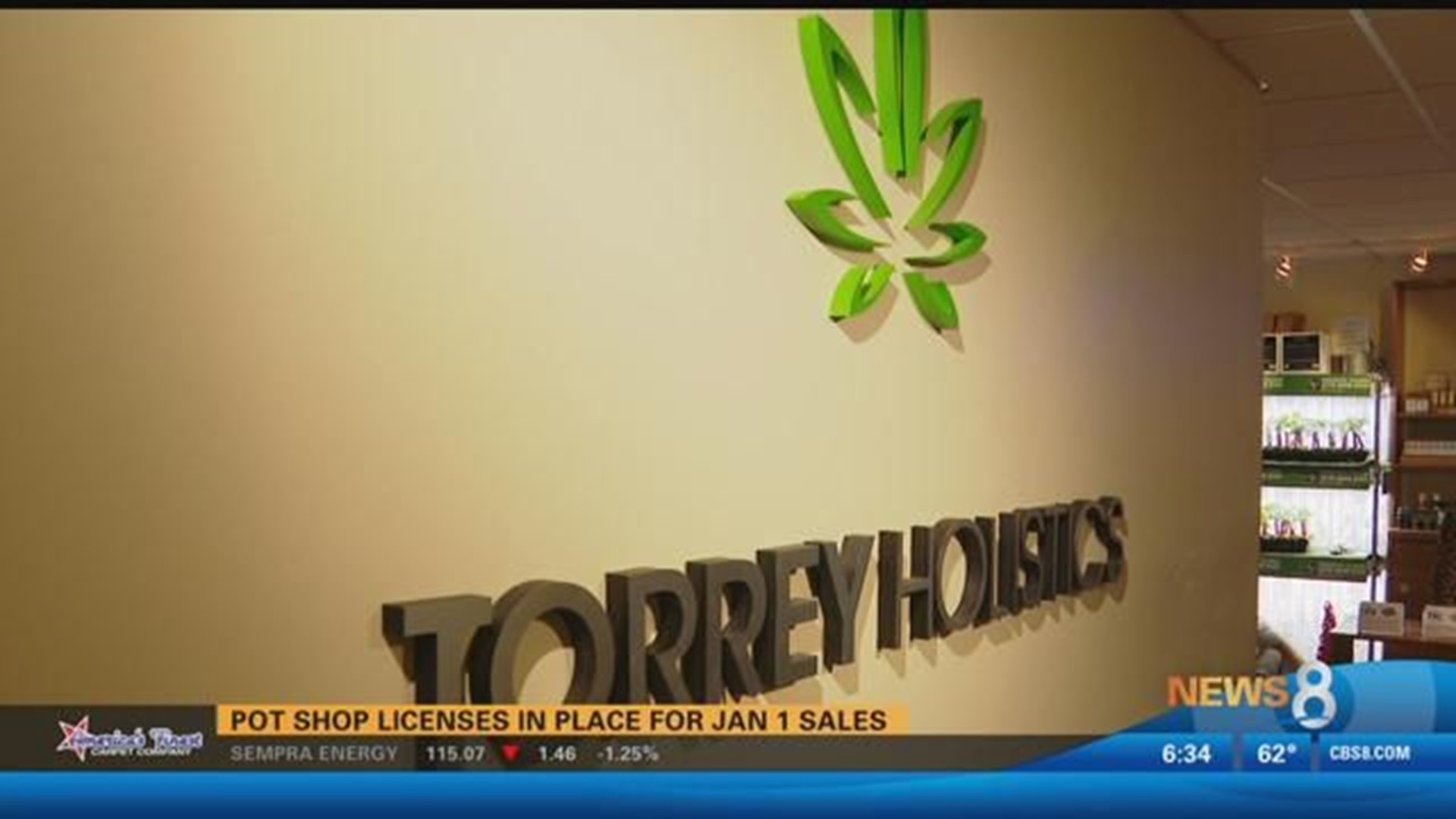 SAN DIEGO (NEWS 8) — The legalized sale of recreational marijuana is set to begin on Jan. 1.

News 8 went inside the first store to get a state license in San Diego and the Sorrento Valley outlet is ready for a rush of new customers two weeks from Monday.

Medical marijuana is already flying off the shelves at Torrey Holistics.

"We have edibles, we have vaporizers for people that do not wish to smoke the cannabis, we have drinks," said store clerk Chaz Baltezore.

Whether you smoke or eat cannabis, the rules for purchasing it are pretty much the same.

"When I smoke it's a lot more of a head high than an edible, which is more body a high, in my opinion," said one customer.

In two weeks, customers will have the choice of purchasing cannabis using a medical marijuana card, or simply by showing a state-issued ID card.

"For recreational users all you have to be is 21 years or older and have your valid California license," said Baltezore. "For medical patients, all you need is a doctor's recommendation and a state issued card."

When marijuana is sold as medical marijuana, there's no sales tax.

The state medical marijuana license is $100 annually and a doctor's recommendation is about $45.

The patient also has to be at least 18 years of age.

For recreational users, the pot would have sales tax added the customer needs to show ID and they have to be at least age 21.

One advantage for recreational customers is not having to give your name to the state of California.

An important factor to consider for first time, future customers.

"A lot of people are very, very new to this," said Baltezore. "I want to make sure they're comfortable with what they're getting and know what they're putting into their body."