One woman is dead in Potrero, and it's how she may have died that's so bizarre. 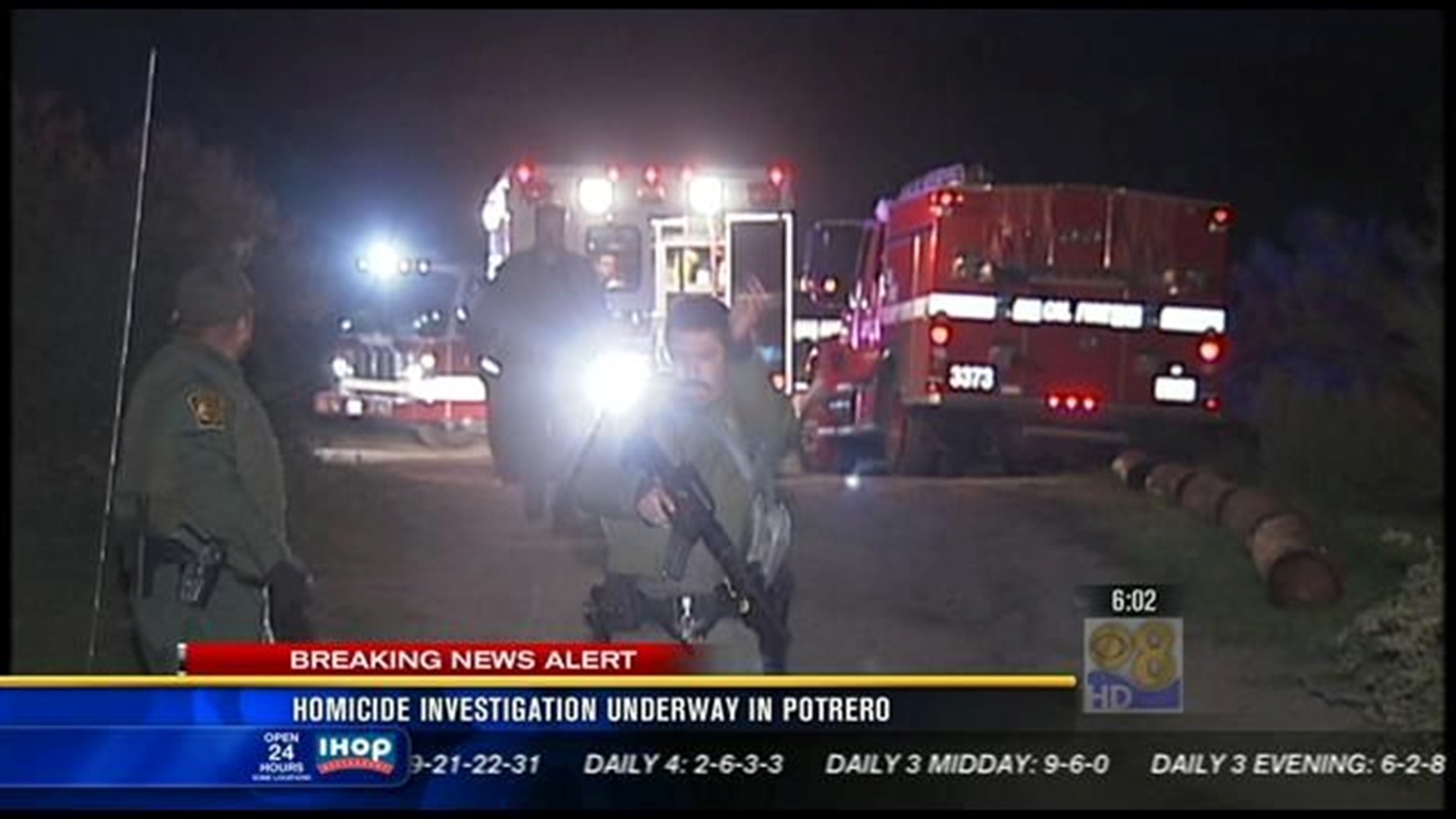 POTRERO (CNS) - An East County man shot a homemade cannon into his own mobile home for unknown reasons early Tuesday, fatally injuring his girlfriend in front of their 4-year-old daughter, sheriff's officials said.

The fatality in the 25000 block of Potrero Valley Road was reported shortly after midnight. The 38-year-old victim died of shrapnel wounds at the scene, homicide Sgt. David Martinez said. Her name was withheld pending family notification.

Medics took the woman's live-in boyfriend, 39-year-old Richard Dale Fox, to Sharp Memorial Hospital in San Diego for treatment of leg injuries he suffered when the makeshift mortar went off.

After being treated, Fox was arrested and booked into county jail on suspicion of detonating an explosive device in a manner resulting in death, according to Martinez.

The couple's child and three adults who were in the trailer with the victim at the time of the fatal blast were unharmed, the sergeant told reporters. The girl was turned over to child protective services personnel.

The suspect's motivation for allegedly firing off the weapon in the direction of his residence was unclear, according to Martinez.

"(It is) too early to say it was accidental." he said.

Preliminary evidence suggested that Fox had been drinking prior to the deadly blast, Martinez told news crews.

The sergeant said he did not have a detailed description of the home-constructed cannon, though he said the suspect apparently had used explosive powder from fireworks to shoot it. The type of projectile that was fired into the mobile home also was not immediately clear.