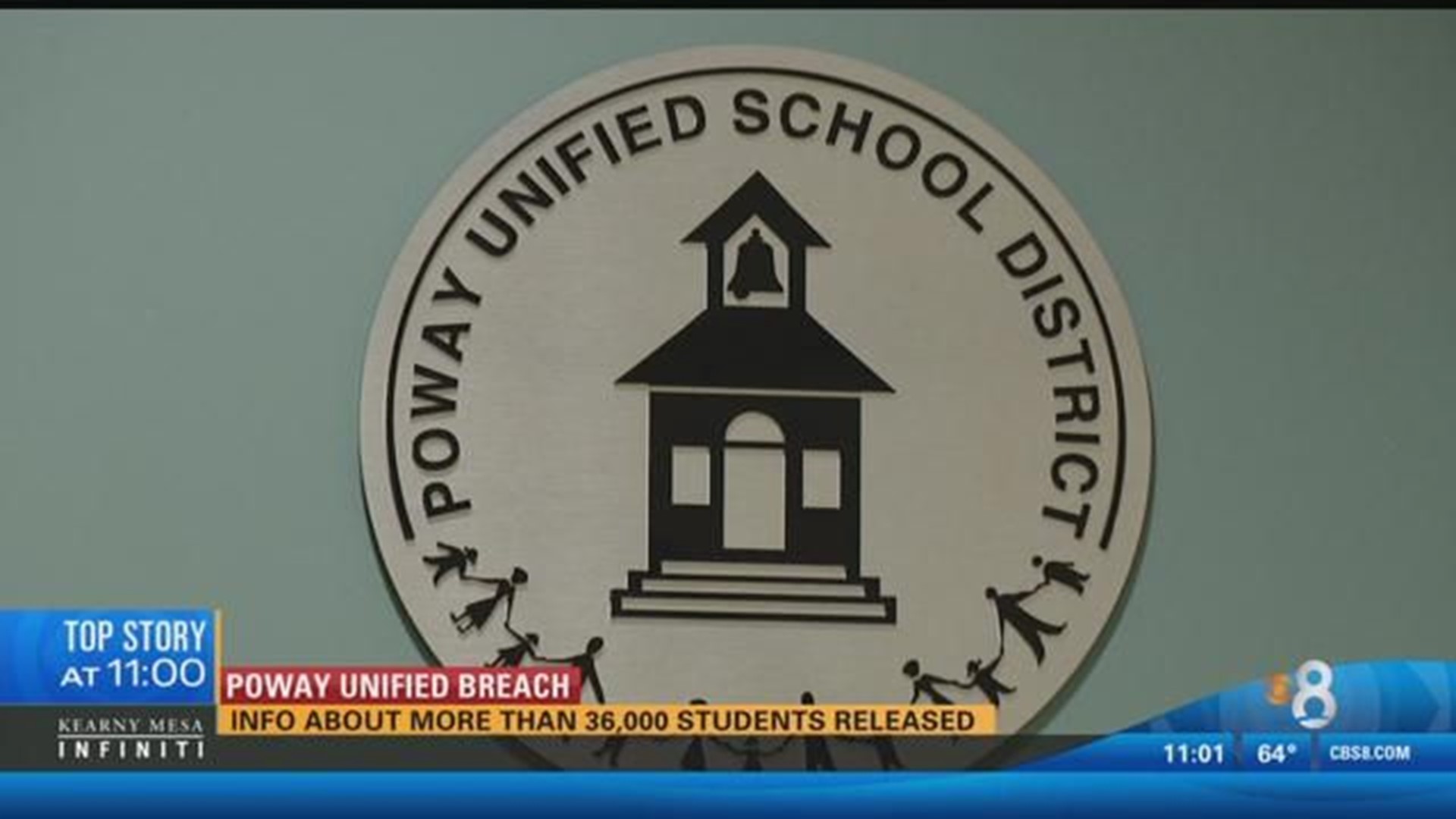 Gabriela Dow told CBS News 8 she received the sensitive information after an open records request. Dow is a parent and a member of the district education technology advisory committee.

According to Dow, after months of being denied information internally, she filed an open records request on behalf of the committee to make recommendations on restructuring the IT department.

In return she received two discs with the sensitive information. "We are dealing with the equivalent of someone leaving the doors open to come in and potentially harm the children. That is when it really hits home and you realize each of these is a child whose information needs to be kept safe," she said.

The school district has since emailed parents informing them their children's information is secure.

Dow filed a complaint with the district attorney's office citing violation of the "Family Educational Rights and Privacy Act,"

A district attorney spokesperson confirmed to CBS News 8 the privacy breach is under review.

"Who else has this information? How was it leaked to me? Was it reviewed," asked Dow.

The breach is another black eye to the district after the superintendent was put on paid leave last month while the school board conducts an internal audit.

The school board president did not want to provide a comment for CBS News 8 until a special board meeting is held on Wednesday at noon at the district headquarters.

Public comment will be taken before going behind closed doors.

According to the district's statement to parents, the social security numbers were not released and the district will ensure that another breach does not happen again.