Preliminary Hearing: Father accused in fire that killed his children

The ex-wife of a Rancho Bernardo man who's accused of passing out with a lit cigarette in his condominium, causing a fire that killed their two children, testified Tuesday that he drank to e 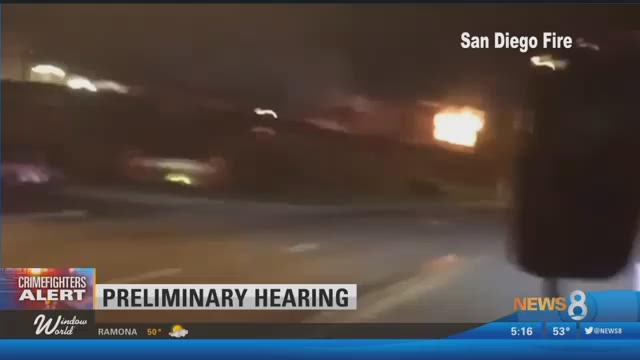 SAN DIEGO (CNS) - The ex-wife of a Rancho Bernardo man who's accused of passing out with a lit cigarette in his condominium, causing a fire that killed their two children, testified Tuesday that he drank to excess every day and she tried to keep his alcoholism from their children.

A neighbor said she was awakened by a lot of banging about 3 a.m. but didn't realize there was a fire until she looked outside and saw flames coming from the balcony of the Lopez residence.

Lukas Dikau, who had just dropped a friend off nearby, testified that he heard some banging and a man yelling "Open the door! Open the door! Call an ambulance!"

Dikau said he also heard a female screaming, but the screaming stopped as he tried to find the front door to the affected residence.

Firefighters arrived within minutes and found 7-year-old Isabella and 10-year-old Cristos upstairs with their father. Both children died later at a hospital.

The defendant -- whose blood-alcohol content was measured at .26 percent at the hospital -- was seriously injured.

According to court documents, Lopez threatened to burn the condo down during a conversation about selling the unit and finalizing his divorce. Lopez was legally separated from his wife, but the estranged couple owned the home together.

Following the preliminary hearing -- which resumes on Wednesday -- Judge Melinda Lasater will determine whether enough evidence was presented to order Lopez to stand trial.

The defendant faces 14 years in prison if convicted.