A cell phone video taken by a former U.S. Navy commander accused of trying to rape a colleague at her Valencia Park home should not be admitted into evidence because a search warrant obtained by de... 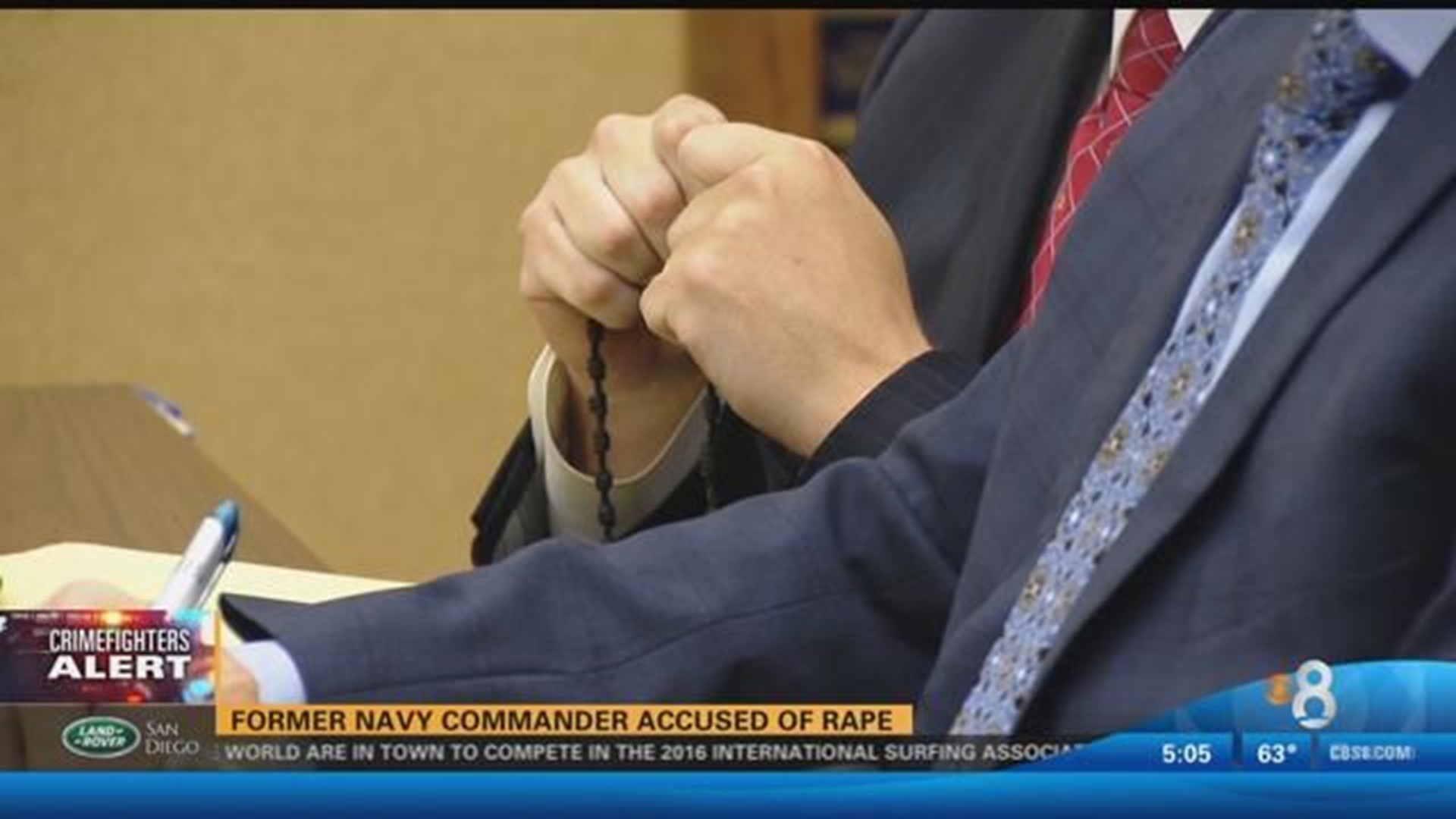 SAN DIEGO (CNS) - A cell phone video taken by a former U.S. Navy commander accused of trying to rape a colleague at her Valencia Park home should not be admitted into evidence because a search warrant obtained by detectives forced the defendant to give up the pass code to unlock the phone, his attorney told a judge Thursday.

John Michael Neuhart II, 39, is charged with assault with intent to commit rape during a residential burglary and other counts in the Sept. 12 incident.

The motion to suppress the 41-minute video forced a postponement of Neuhart's preliminary hearing to Jan. 12.

San Diego police Detective Paul Tom testified that Neuhart refused to let him look at the phone the morning of the incident, and the search warrant was obtained.

Ten days later, Tom said he another detective went to Naval Base San Diego with the search warrant and Neuhart ultimately gave them the pass code to unlock his phone.

Officers at the scene said Neuhart told them he had done nothing wrong, Tom testified.

A police criminalist testified that he found the 41-minute video - which shows some of the incident - and also did a search of key words such as "drunk" "sex" "Uber" "Lyft" "rape" and "fantasy" on the phone.

Patrol officers responded to a report of an assault in progress about 3 a.m. on Sept. 12 and arrived to find a man running away from the alleged victim's home and into a nearby canyon, according to police.

The neighbor who reported the alleged assault told investigators he'd hurried over to the woman's home after hearing screams and asked her through a window if she was all right, said Lt. Paul Phillips of the San Diego Police Department.

When she shouted "no," the man made a 911 call and yelled into the home that he was doing so, according to the lieutenant.

The alleged victim, who is in her late 20s, told detectives she had gotten together with the suspect, a prior acquaintance, the previous evening following a chance meeting at a downtown hotel. She said they spent some time socializing there with others before she went home with Neuhart.

"When they got to the residence, the suspect entered the house with the victim," the lieutenant said. "The suspect immediately became forceful with her and attempted to sexually assault her. She was able to fight him off and ... began screaming very loudly."

Neuhart, a married Iraq War veteran who trained with a Coronado-based helicopter antisubmarine squadron in 2002, was in San Diego for training at the time of the alleged crime, according to Deputy District Attorney Jennifer Tag.

The prosecutor said she is confident that the case against Neuhart can be proven beyond a reasonable doubt even if the video is ruled inadmissible.

The defendant, who was in charge of a helicopter squadron based in Guam, was relieved as commander of the squadron after his arrest. Kerry Armstrong, lawyer for the defendant, said Neuhart is still in the Navy.

Neuhart faces up to life in prison if convicted.