A tweet by President Trump is coming under question especially in San Diego County, where border wall prototypes are being built. 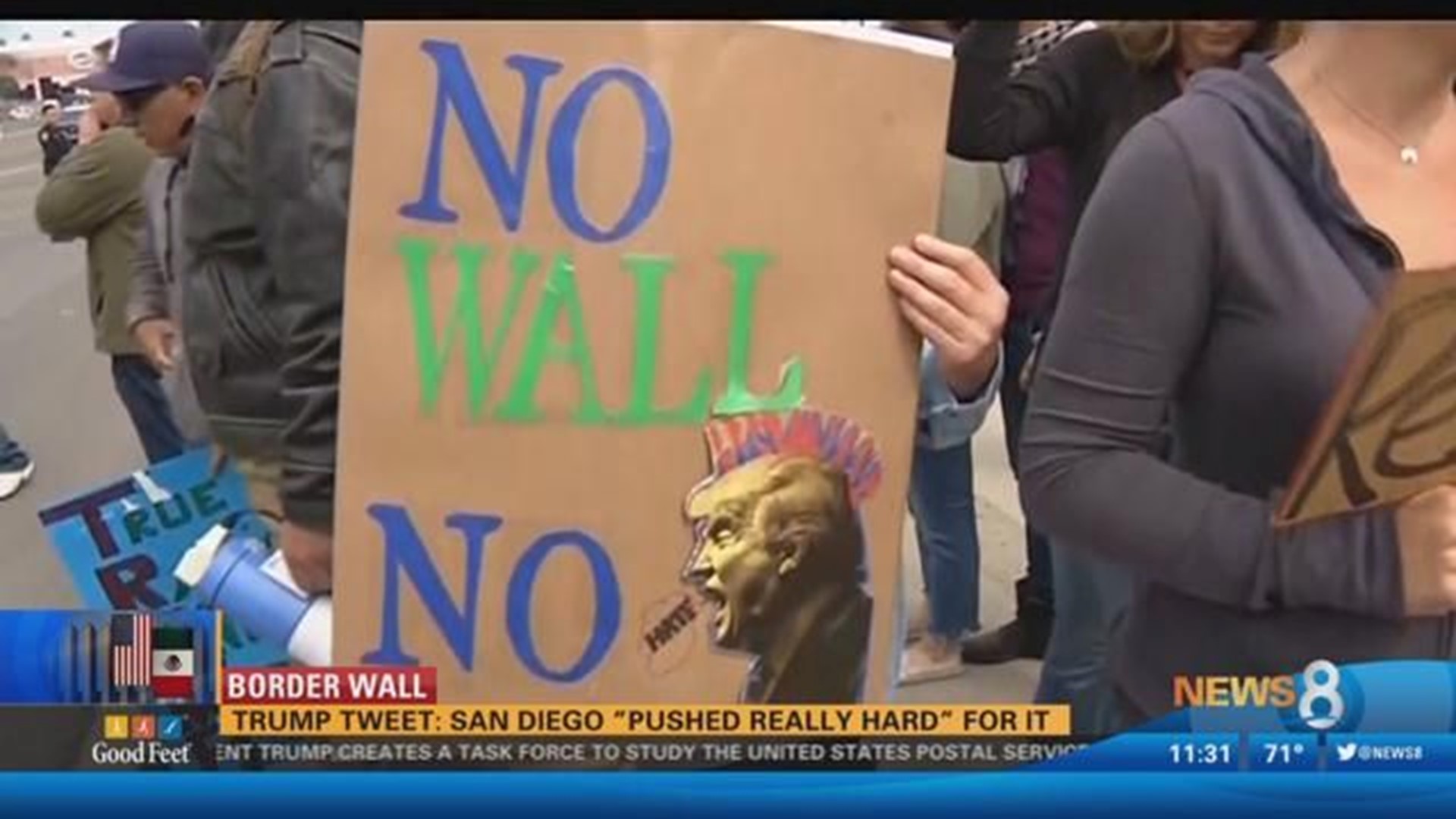 SAN DIEGO (NEWS 8) - A tweet by President Trump is coming under question especially in San Diego County, where border wall prototypes are being built.

The president says San Diego, "Pushed really hard" for the wall despite plenty of opposition from local leaders.

The president sent out the tweet early Friday morning.

Last year, the San Diego City Council voted against the building of the wall and it faced criticism from Republican Mayor Kevin Faulconer.

Still, President Trump moved ahead with plans to expand the wall the length of the border with Mexico.

He was met with heavy protests from immigrant rights groups, but there was also support for the wall from backers of President Trump.

Despite the president's tweet, the city of San Diego is not a sanctuary city.

Although the state legislature did pass a sanctuary state law.

In response to the president's tweet, some groups point out that the number of illegal border crossings is on the decline.

Despite the president's pledge to build a new wall, funding allocated so far is for replacing aging sections of the existing wall.