SAN DIEGO (NEWS 8) — Here in California voters have another decision to make – whether or not to start the process to end daylight saving time in our state once and for all. On Sunday, the clocks ... 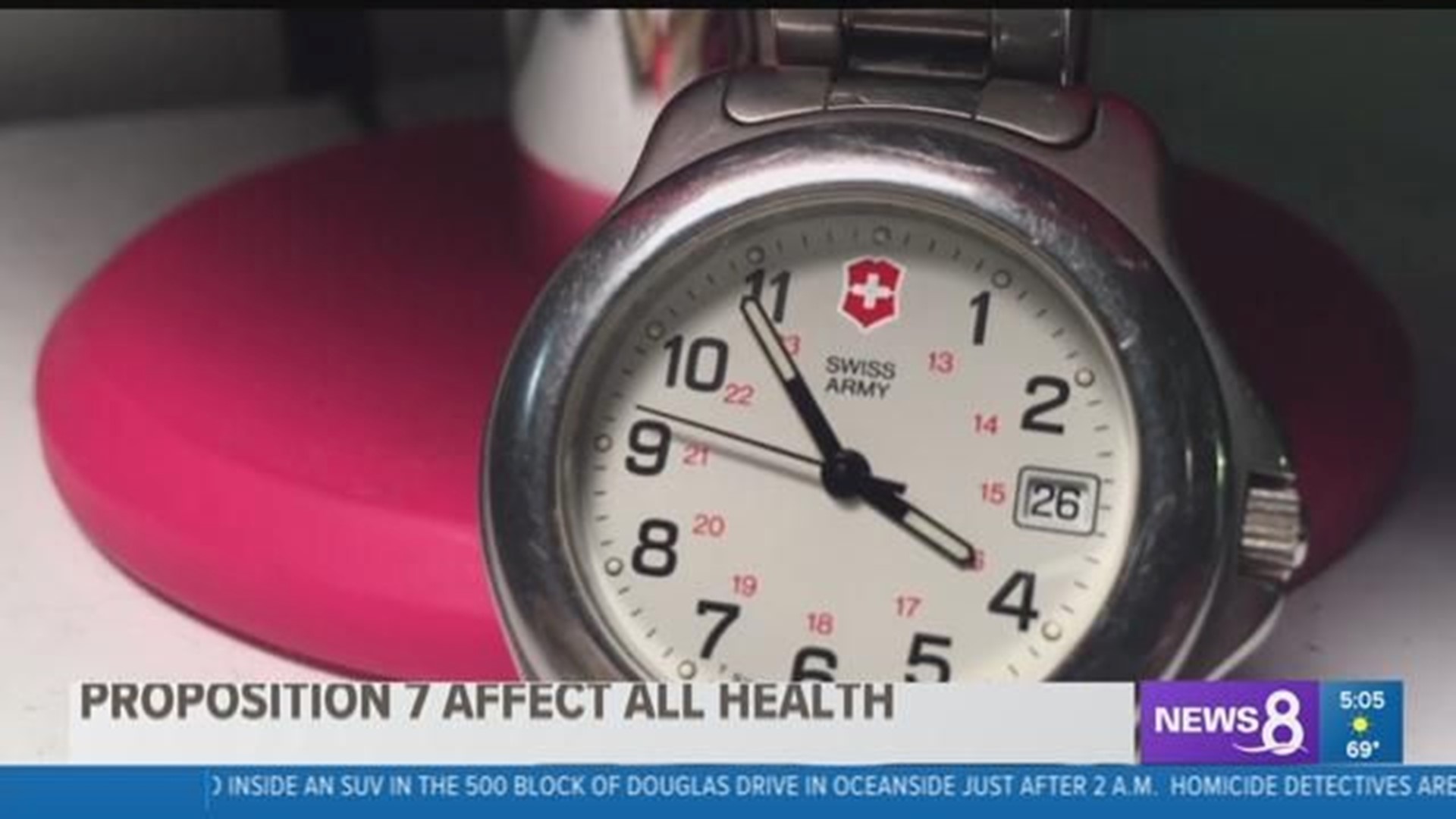 SAN DIEGO (NEWS 8) — Here in California voters have an interesting decision to make – whether or not to start the process to alter daylight saving time in our state once and for all.

On Sunday, the clocks fell backwards, but it could be the last time depending on the results of Proposition 7.

Prop. 7 hasn’t been getting a lot of attention, there are no commercials and no flyers telling you to vote one way or another.

"In a world where there's an app for everything, the last thing we need is more inconvenience having to switch time always,” said voter Sonia Beauvarlet.

Another voter also weighed in.

"I don't think it is as important as some of the other stuff going on right now,” said Cameron Flynn. “So, I think that explains why people aren't talking about it all that much or it’s not getting that much attention.”

Assemblyman Kansen Chu of San Jose authored the bill saying it will improve public health and according to psychiatrist Dr. Michael Lardon there's science to prove it.

"When there's not enough light, you secrete more melatonin and melatonin is what you buy at the store to help you sleep, so you get a little more tired,” said UCSD’s Dr. Lardon.

RELATED: Know your props! California Props 1-12 all together, all explained

A lot of San Diegans News 8 spoke with said they were prefer having the time stay the same all year.

In addition, studies show that car crashes increase on the Mondays after the clocks are changed. The American Economic Journal studied the issue last year and found car accidents jumped six percent.

But it's the trading of an hour of evening light for morning light that can give some the blues.

"The winter blues are when you're sleeping too much, you're not having that much fun, you feel a little bit down, a little tired, there's a lack of pleasure,” said Dr. Lardon.

If proposition 7 were to pass, California would still need Washington D.C.’s permission to change the time zone.

EDITORS NOTE: An earlier version of this story incorrectly stated that Prop. 7 would end daylight saving time. It would, in fact, keep DST all year long if it were to pass and be approved in D.C.