On Monday, the Del Mar City Council approved a study to explore pedestrian crossings at railroads, but the idea did not sit well with many residents. 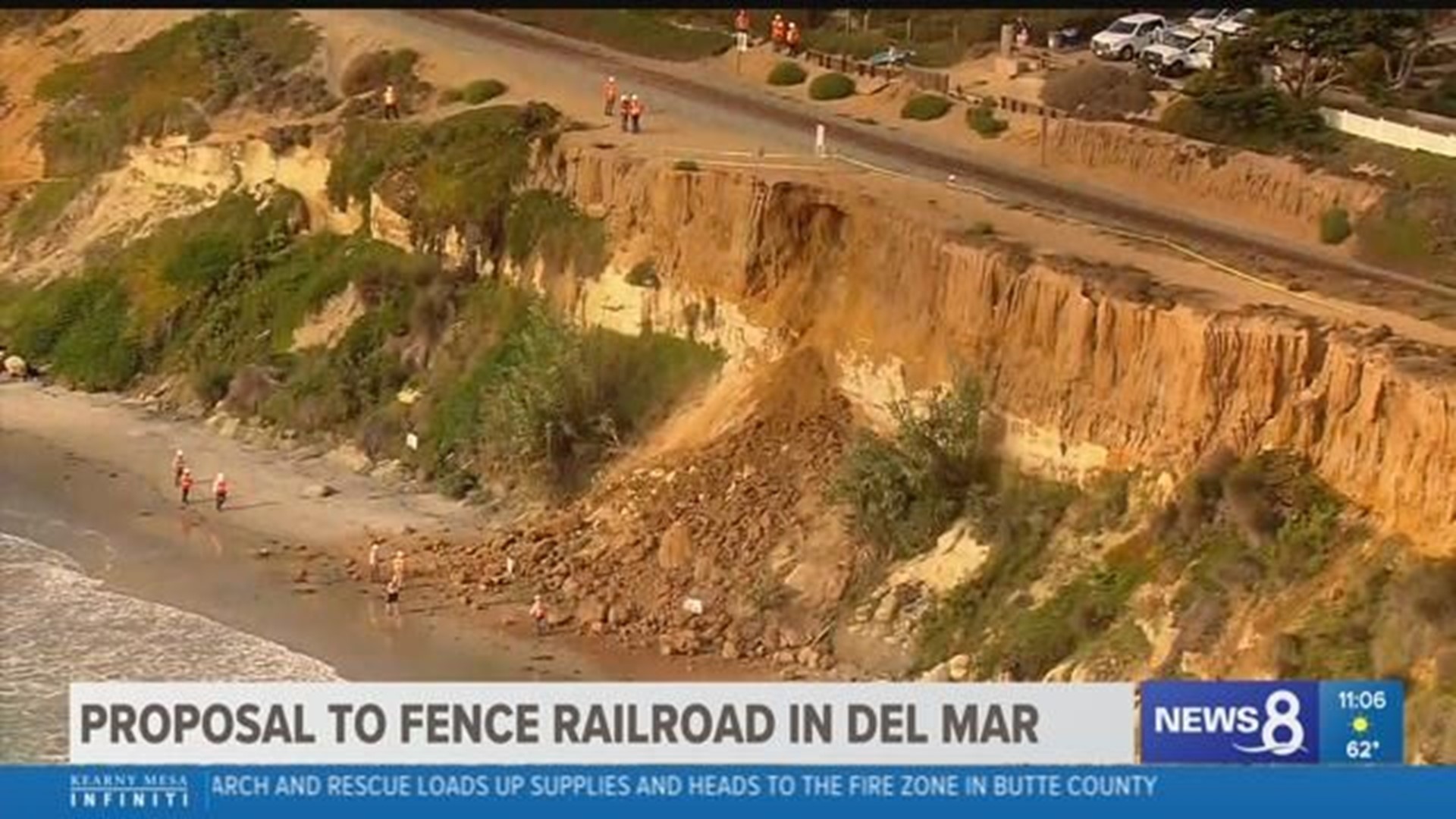 DEL MAR (NEWS 8) – On Monday, the Del Mar City Council approved a study to explore pedestrian crossings at railroads, but the idea did not sit well with many residents.

The proposal to put up a double-sided fence along the train tracks on the Del Mar bluffs also had many locals railroading the idea.

There have been several deaths on the tracks and bluff collapses, and therefore, the City of Del Mar said the North County Transit District, NCTD, wants to explore safety measures – including fencing from Torrey Pines Bridge to Sea Grove Park in Encinitas.

“I live here and you cannot have a double fence, nor is it going to be allowed by the Coastal Commission because it so visually degrades the area,” said Del Mar resident, Robert Hajek.

NCTD was not at the Del Mar City Council meeting Monday. It was also not available after-hours to respond to News 8’s request for comment.

Councilman Dave Druker, who serves on the NCTD board, said the agency is considering to take a step back and explore other options. “The alternative came down: How should we approach the safety issue instead of, let’s just do fencing.”

“The only safe alternative is really to get that train off the bluff,” said Camille.

Currently, the only legal crossing is at 15th Street. In 2016, under NCTD’s direction, people were getting ticketed for illegally crossing the tracks to get down to the beach.

“The crossings would make it safe. Signage would help and people not being stupid,” said Druker.

The City Council approved the study, but with caution saying it would be a long and lengthy process.

SANDAG will start the safe rail trial and pedestrian crossing feasibility study in July of next year.