There are new efforts to help military working dogs find homes after they retire. 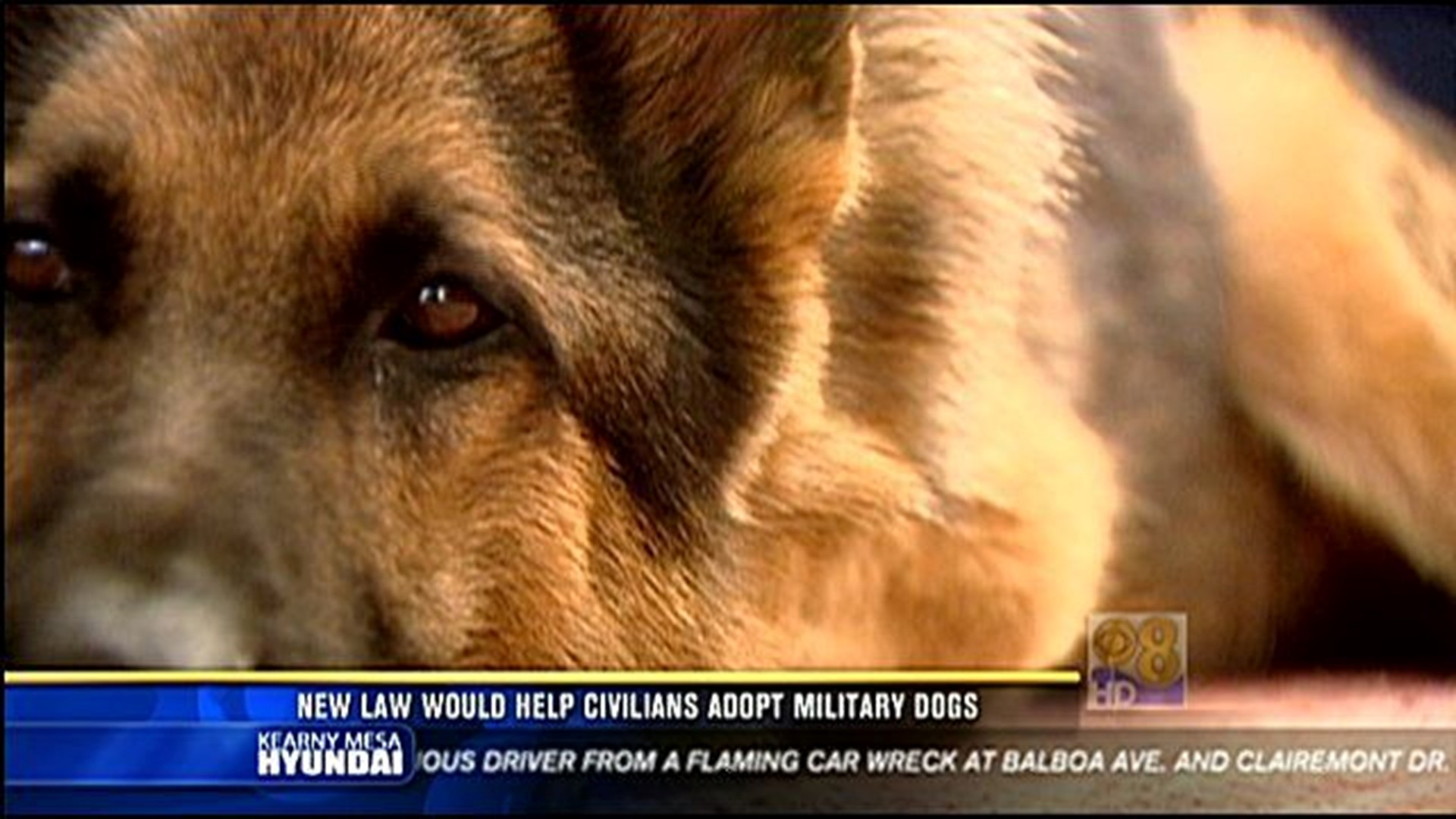 But when military working dogs retire overseas, it sometimes can be difficult and expensive to bring them back home for adoption. That's why there are new efforts to help these "dogs of war" find homes when their military careers end.

Two months ago, Jim Silveira adopted Rex, a 5-year-old German Shepard. The animal served for half a decade as a federal narcotics dog before retiring for medical reasons.

After a career of sniffing out drugs at the border, Rex is now playful and happy, sniffing out his rubber ducky toy at Silveira's Del Cerro home.

"They're incredibly devoted. They have that in their working life and they transfer that into their family life," said Silveira, as his two young daughters played with Rex in the living room.

A new law making its way through Congress would provide funds to transport military working dogs back to Texas when they retire in a foreign country.

"Right now they are classified as equipment which means their handlers have to pay for their transportation," said the bill's co-sponsor, Sen. Richard Blumenthal of Connecticut.

"The purpose of this measure very simply is to recognize their service, the strength and loyalty they demonstrate when they are in combat, and to return that loyalty when they come back," Blumenthal announced at a news conference last month.

Silveira helped set up a military working dog memorial at the Rancho Coastal Humane Society in Encinitas; where he works as the chief executive officer. Now, he's hoping this new legislation will allow many more families to adopt military dogs.

"When they retire that's what they should be doing, retiring," said Silveira. "They should just live out their life in comfort as a family animal."

About 300 military working dogs come up for adoption every year. The waiting list can be as long as a year to place a dog with a family.