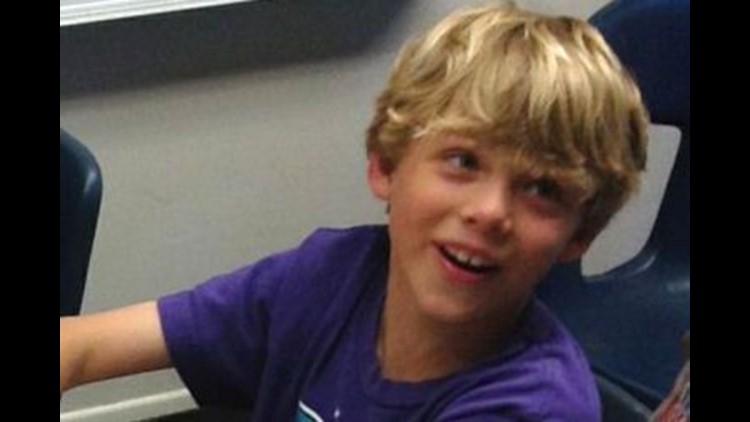 SAN DIEGO (CBS 8) -- An online memorial has been posted in honor of a 10-year-old, Scripps Ranch boy who died while playing with a gun on June 4.

Prosecutors have filed court papers saying the gun was kept loaded, despite an earlier statement from the gun owner claiming the weapon was hidden and not loaded.

The memorial web site posted in honor of Eric Klyaz includes photos of the 4th grader with classmates at Dingeman Elementary, participating in a Martin Luther King march, and on a field trip to the USS Midway.

Friends have posted comments on the site saying they have "fond and adventurous memories of Eric" who was a "beautiful boy."

The charging document clearly states that "Todd Conrad Francis did unlawfully keep a loaded firearm within the premises," even though his attorney, Danna Cotman, issued a press release on June 7 that said the gun was not loaded.

Cotman's release said "Neither the gun nor the clip were immediately accessible to children and were hidden separately for home security."

Eric Klyaz was playing in Francis' garage with Francis' 9-year-old daughter when somehow the gun went off.

Police have not said who pulled the trigger but the complaint also charges Francis with felony "child abuse" for putting his daughter in a situation that could endanger her and inflict "unjustifiable physical pain and mental suffering."

A search warrant identifies the gun as a Sig Sauer 9mm semi-automatic pistol.

With that type of weapon -- if a bullet is left in the chamber – it is possible the gun could still be fired, even without the magazine installed, depending on the model of the gun.

In fact, the Sig Sauer gun manufacturer has a general warning manual posted online saying "pistol will fire with magazine empty or removed."

Francis' attorney declined to comment on whether or not a bullet had been left in the chamber of the gun. The exact model of the gun remains unknown.

The attorney emailed News 8 to say, "we stand by our earlier released statement."

Francis, the gun owner, is free on $100,000 bail. He is set to be arraigned on counts of involuntary manslaughter, child abuse and criminal storage of a firearm on Tuesday, June 25.