Dozens of protesters on Monday called on voters to "repeal and replace" Congressman Darrell Issa for his stand on Trumpcare. 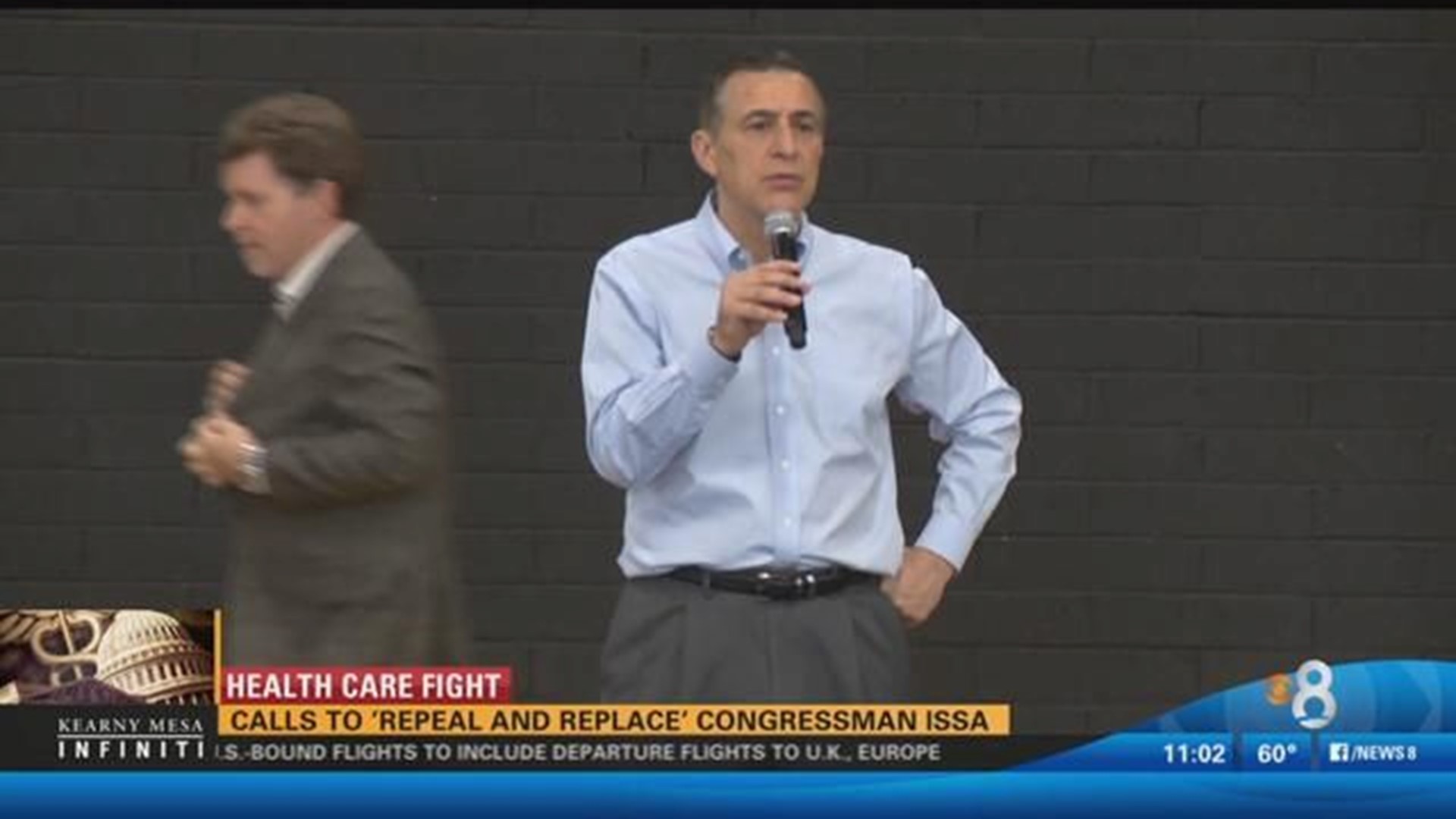 SAN DIEGO (CBS 8) - Dozens of protesters on Monday called on voters to "repeal and replace" Congressman Darrell Issa for his stand on Trumpcare.

"Issa does not work for Donald Trump. He works for us," Alison Reid of Encinitas.

On Sunday, Congressman Issa attended a fundraiser event in Florida, where he was greeted by a small group of protesters. During that event, he poked fun at the small crowd saying he gets hundreds at home.

On Monday, about 100 protesters lit up the overpass letting drivers know they are fed up with Congressman Issa and his pro-Trump votes.

"I have my healthcare through the VA, and I am deathly afraid that my healthcare will be taken away as well," said Carlsbad resident, Tim O'Healy.

In an email statement, Congressman Issa said he has had meetings with constituents:

"...Throughout all those meetings, the most common story I hear is about how Obamacare is hurting Californians.  I've made a commitment to repair the damage Obamacare has caused and I plan to deliver on that promise."

Recently, Congressman Issa has also been criticized for his lack of town halls. In February, he refereed a weekly Tuesday rally outside his Vista office between protesters and supporters. In March, he hosted one face-to-face town hall in Oceanside.

Congressman Issa's spokesperson said a town hall is scheduled for May 31st, in Oceanside and more details will be released later this week. Constituents can sign up for Congressman Issa's e-newsletter to receive updates.

"He already had a town hall. It did not go very well and I expect it to go pretty much the same," said Reid.

Indivisible plans to continue its weekly rally outside Congressman Issa's office in Vista on Tuesday. Another rally is scheduled on Thursday outside the Hotel del Coronado during the spring RNC meeting.