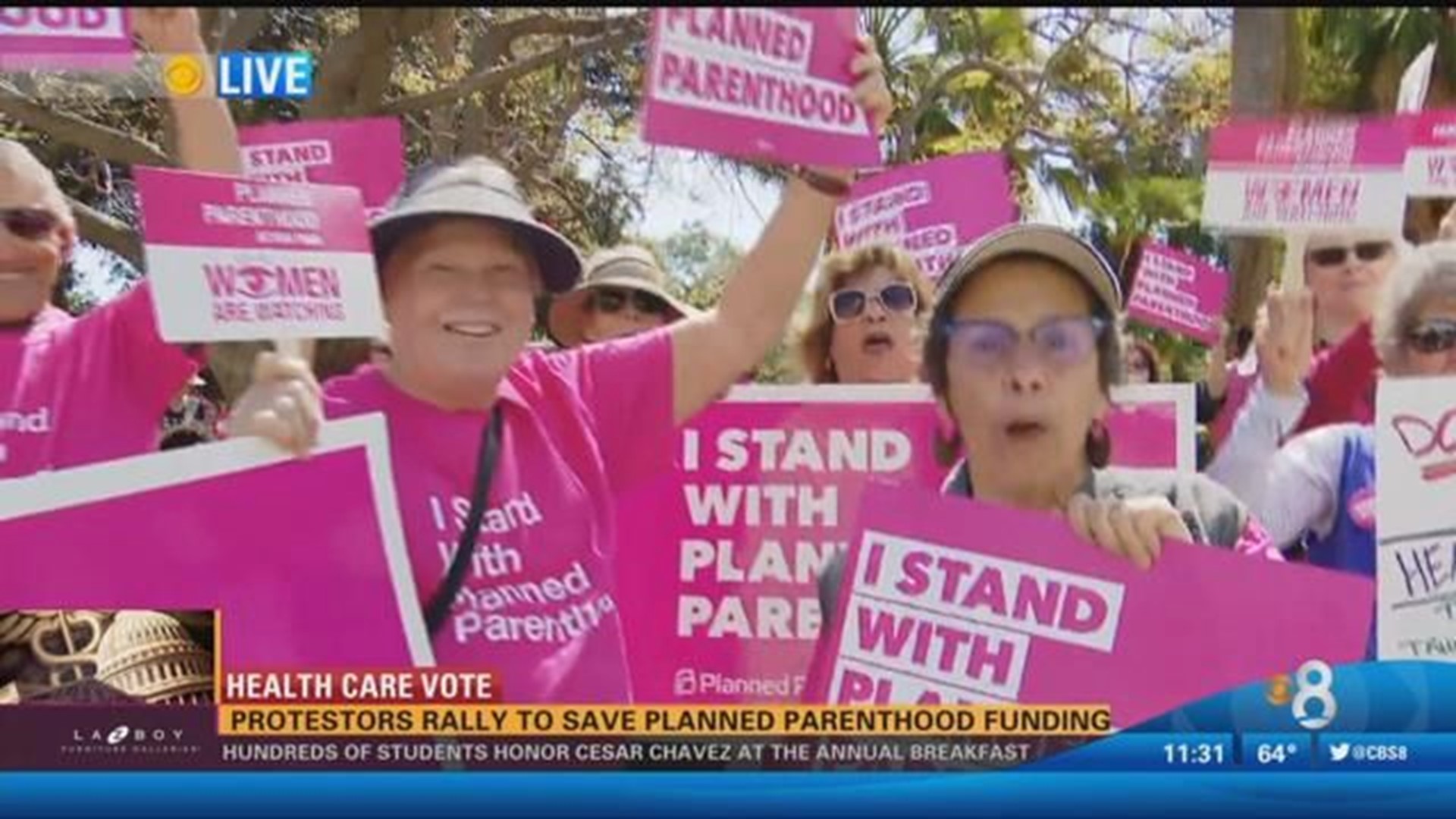 SAN DIEGO (CBS 8) - President Trump and GOP leaders on Friday yanked their bill to repeal "Obamacare" off the House floor when it became clear they lacked votes - even after seven years of nonstop railing against the health care law.

In light of Friday's scheduled health care vote, a rally took place in Balboa Park as employees and supporters of Planned Parenthood gathered in hopes of preventing the GOP's bill from passing.

According to San Diego's chapter's vice-president, 100,000 women in San Diego County alone would have been left without access to important medical necessities.

"This particular bill is really taking women back to the early years when they did not have access to basic birth control, access to cancer screenings," said Nora Vargas, Local Planned Parenthood Vice- President.

Other concerns included cuts to Medicaid.

During the campaign, Mr. Trump made promises to repeal and replace "Obamacare" - calling it a disaster. At the end of the day, the proposed bill did not gather enough votes from Republicans.

For those gathered at Balboa Park it was welcoming news, but it does not mean a victory just yet.

"We are not safe in California. We have to make sure that everybody is out there advocating on behalf of Planned Parenthood," said one supporter.