Angry protesters gathered in Vista Saturday after a man with Down syndrome was beaten by a Sheriff's deputy. 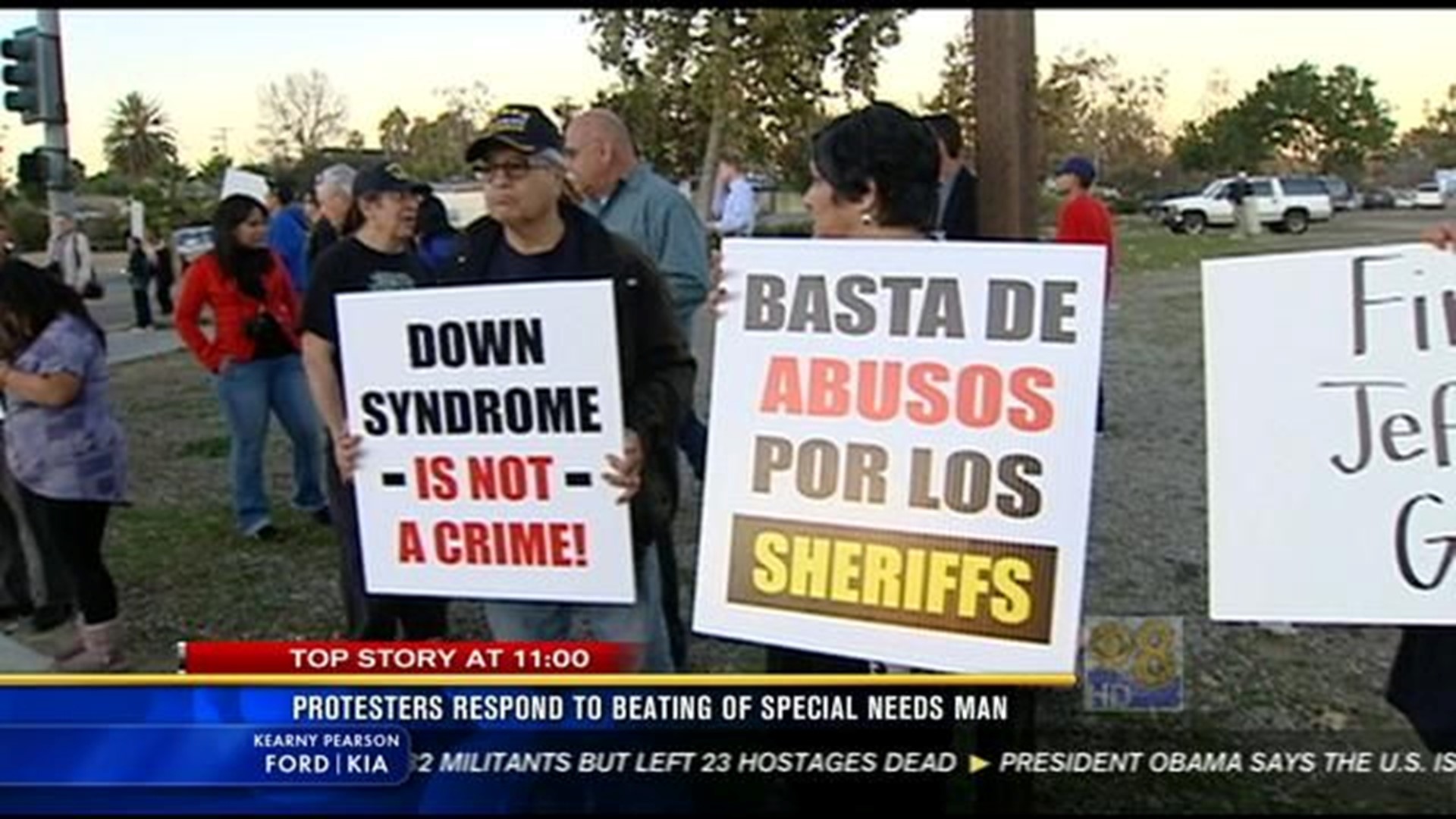 SAN DIEGO (CBS 8) - Angry protesters gathered in Vista Saturday after a man with Down syndrome was beaten by a Sheriff's deputy.

Family members say 21-year-old Antonio Martinez was walking to his family's bakery when he was stopped last month, pepper sprayed and attacked.

The Sheriff's office has called the incident a mistake saying deputies thought Martinez was a suspect they had been looking for.

But family members claim deputies were never looking for anyone and that this is a case of racism and abuse.

With an array of signs, some more bold than others, dozens of protesters made their message loud and clear to the Sheriff's office in Vista.

All this, in response to an incident that happened back on December 18th. Antonio Martinez, who has Down syndrome, was walking to his parents' bakery when witnesses say he was savagely beat by a Sheriff's deputy.

At the time deputies allegedly told Martinez's family they were in the area searching for a domestic violence suspect and that Martinez fit the description, but would not stop when asked.

His sister, who became emotional during Saturday's protest, says her brother now has trouble simply going outside.

The Sheriff's office has since apologized to the Martinez family calling the beating a mistake.

The family has filed a lawsuit against the Sheriff's office. They are also asking for a federal investigation.

News 8 reached out to Sheriff's officials Saturday but they declined to comment.