Protestors paddle out to protest a Bahia Resort expansion plan

Protesters were out in force chanting at Mission Bay to stop a Bahia Resort expansion plan. 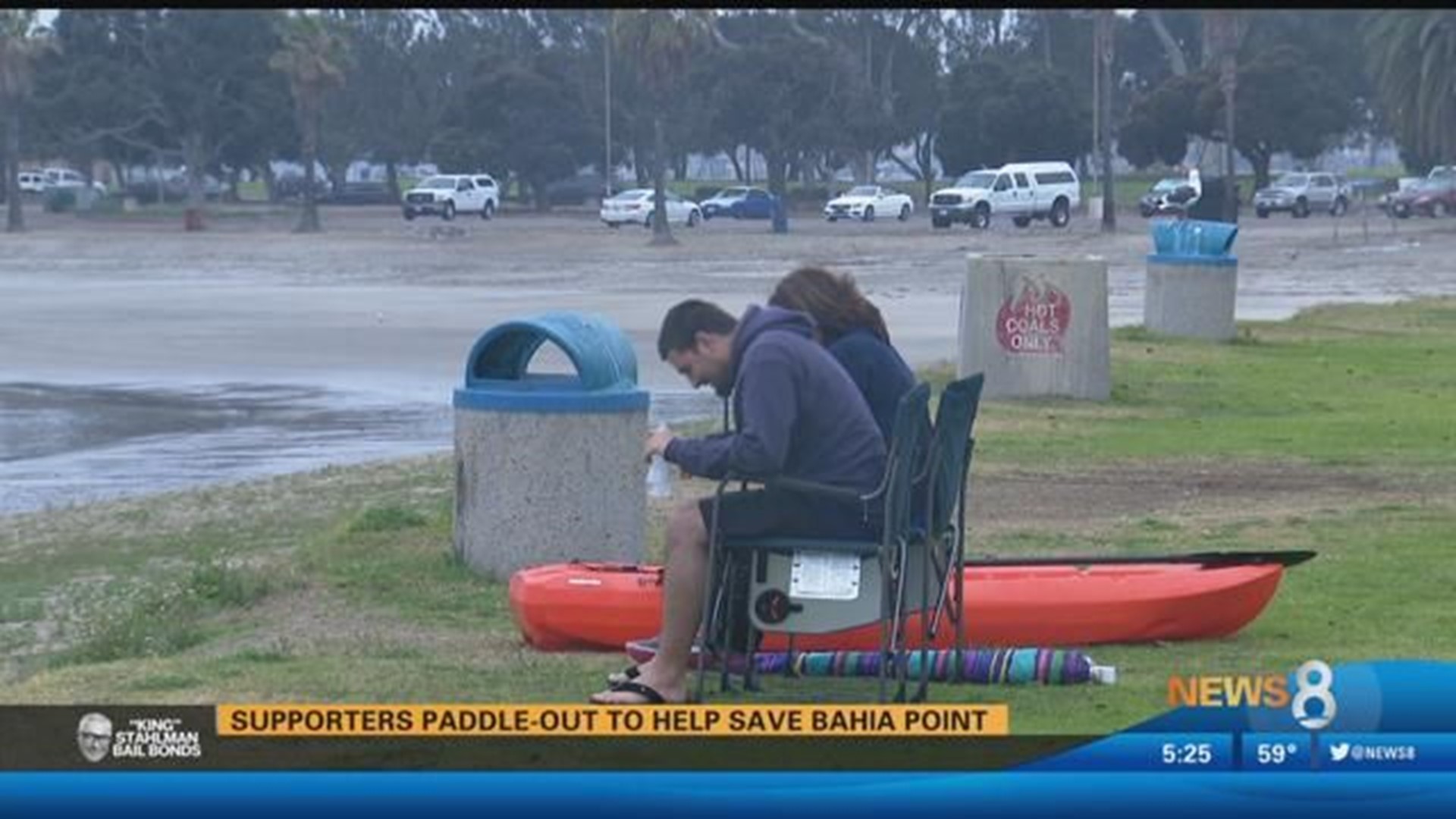 SAN DIEGO (NEWS 8) - With a storm headed their way, protesters were out in force chanting at Mission Bay to stop a Bahia Resort expansion plan.

If the plan goes through much needed access points for kayakers, paddleboarders, and outriggers alike would be a thing of history.

Kayaker, Jim Carter says this space means everything. The same goes for Frank Cavanaugh and his surf ski. Easy access is essential for him to be able to get his machine in the water.

The group got in the water for a paddelout despite the rain, with many signs saying save Bahia Point.

The protestors have also created a web site they hope will bring interest in their cause.

Sailing off Bahia Point since 1981, Michael Waters and his wife actually met while protesting the same Bahia Hotel expansion 20 years ago and kept the classic yellow t-shirts to prove it.

To get approved, the plan will have to be passed by San Diego City Council.

We reached out to the Bahia Resort and they sent us this statement.

"We are excited about the prospect of increasing public access and public amenities as part of our renovation and expansion.
We will be creating a bike and pedestrian pathway adding lawn and picnic areas as well as bocce ball courts.
Although we strongly believe that the project will continue to allow access, we are sensitive to the concerns of some groups.
-Bill Evans, Evans Hotels