The debate over dockless bikes rolled into Pacific Beach as the Town Council held a panel Wednesday night with bike and scooter sharing companies: Bird, LimeBike, ofo and Mobike. 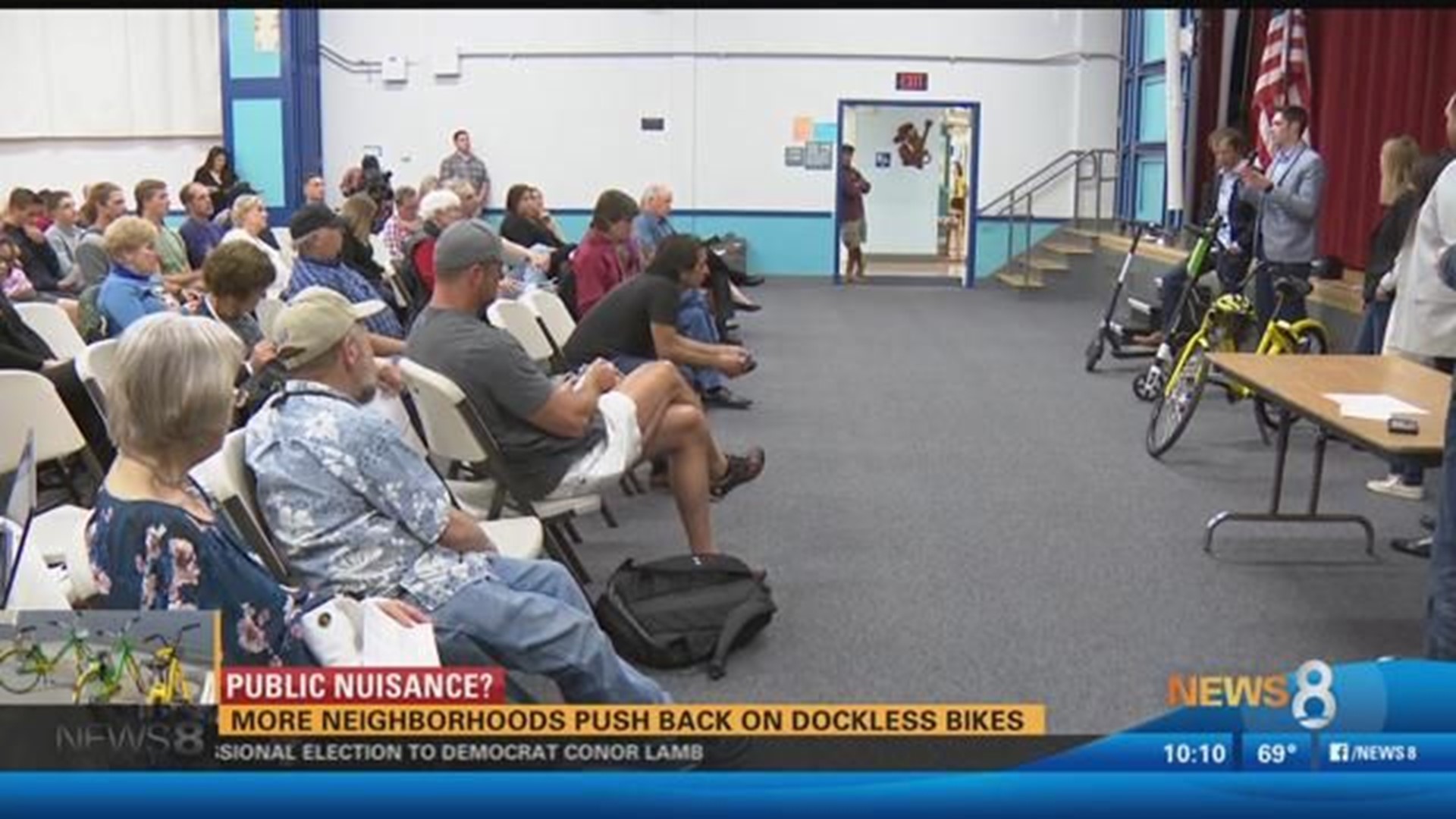 The beach community has seen an influx of bikes and scooters being left on streets and sidewalks in the weeks since the app-based ride-sharing services were launched.

LimeBike said it has not launched bicycles in Pacific Beach, but the bikes have migrated from riders who come to the beach. Community members said they want to put the brakes on them since LimeBike already has scooters operating in the area.

Riding his scooter along the sidewalk down the boardwalk, Grand Canyon University student Cody Daniels had no clue motorized scooters were not allowed on the boardwalk – neither did the company Bird.

Scooter and bike sharing-app companies said they closely monitor the bikes, educate riders about safety and parking them near bike racks – not in the middle of the sidewalk ramps.

“Bear with us if you can. We hope to bring value to your community and there is a learning curve,” said Zack Bartlett, LimeBike San Diego.

During Wednesday night’s meetings, locals said that what really upsets them is that motorized scooter riders do not wear helmets like the law states.

The City of Coronado banned dockless bikes and began impounding after declaring them a public nuisance.

Cheap Rentals owner Matthew Gardner said he is not upset about the competition like others are, but he does want more control on the dockless bikes and scooters.

“The two major problems I have are safety and encroachment. What you have done here is create chaos and a very dangerous situation,” he said.

Bird said it will change the rules so riders know not to ride on the boardwalk.

LimeBike said it is exploring the idea of designating drop off and pick up areas.

A representative for the mayor’s office attended Wednesday night’s meeting and said he will share the community’s concerns with Mayor Faulconer.

He will share efforts being made by dockless bikes and scooter companies to come up with ideas for regulations and what they are doing to better educate the public.

The user-friendly bike rentals were introduced to San Diego in 2015 – with Deco Bikes.

For the past few years, Discover Bikes – which were originally branded as Deco Bikes – have had an exclusive agreement with the City of San Diego.

Bird-Electric Scooters, ofo bikes, The Yellow Bicycles and LimeBike are all bike sharing programs that were approved by the City of San Diego.

The system allows users to rent from designated docking stations and later return the bicycles to any other docking station in the City of San Diego.

The city’s contract with Discover Bikes lasts through 2023.