The public is getting its say on the Merge 56 development in Rancho Penasquitos. 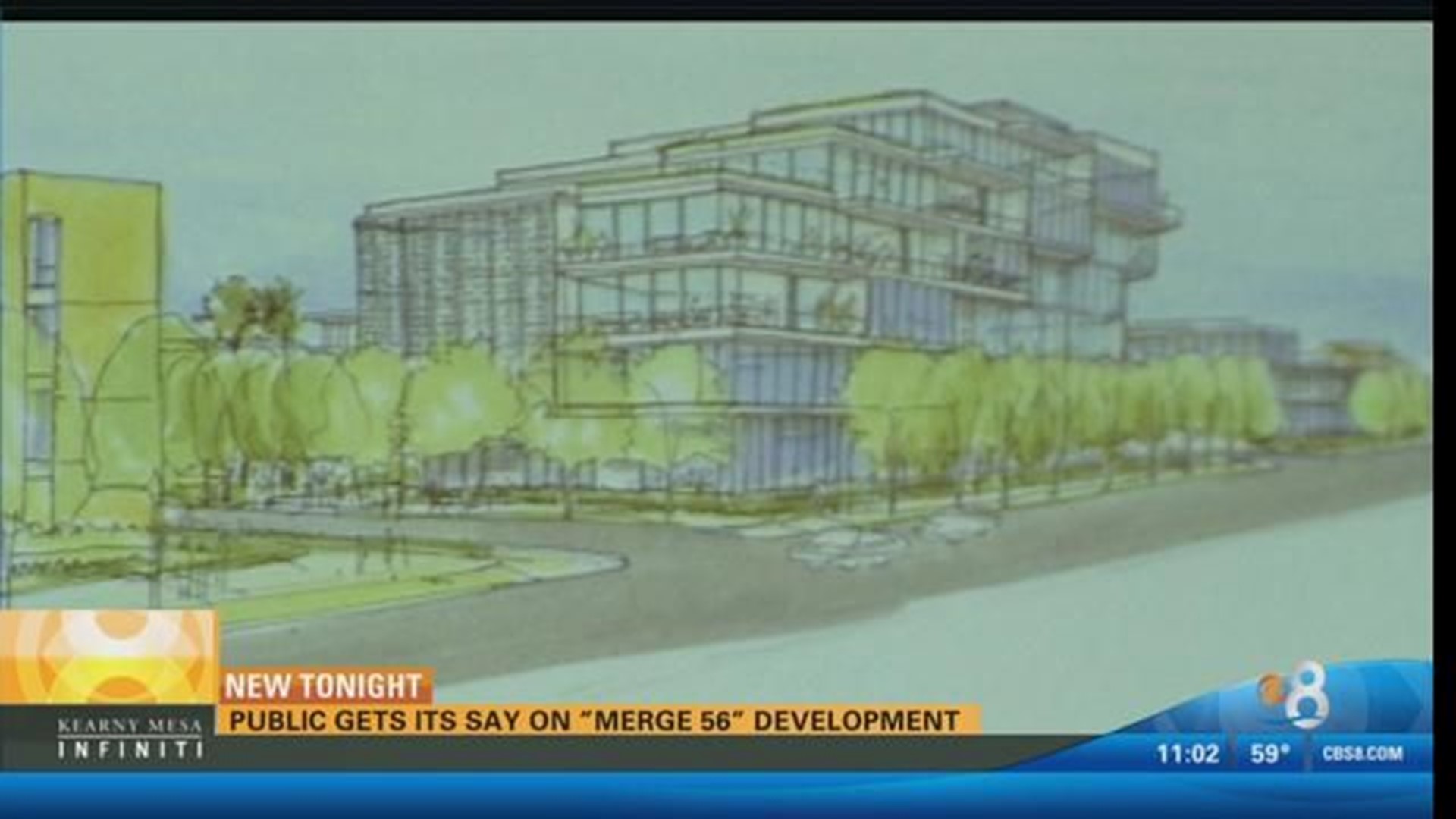 SAN DIEGO (CBS 8) - The public is getting its say on the Merge 56 development in Rancho Penasquitos.

It's just one of many developments going up in open space near Camino Del Sur and Carmel Mountain Road.

People, who live in the area, have concerns regarding traffic and public safety.

The massive development would include retail and residential space and is expected to bring in thousands of new residents.

Some opponents have expressed concern over the height of the buildings and whether it will limit evacuations and first-responder access during a wildfire.

Developers say and environmental impact study should be completed by May. A vote on the project is expected in June.