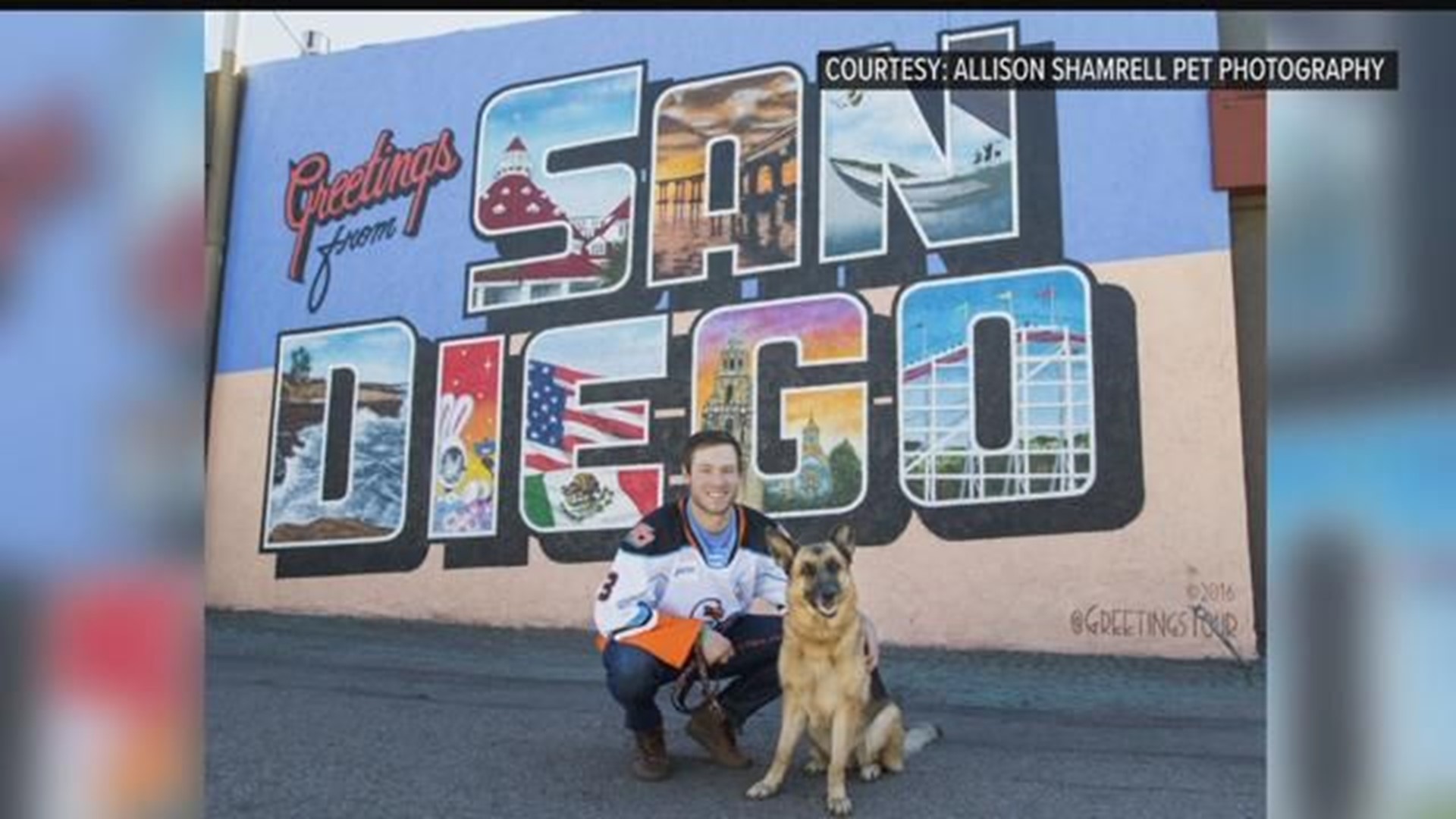 The calendar sponsored by Raising Cane’s features 14 Gulls players with Shelter to Soldier service dogs and the calendar is for sale at Gulls games and through the DASH Auctions app.

Aaron Neely and his dog, Liberty, have a special bond. After serving three tours of duty in Iraq, Neely returned suffering from severe PTSD.

"Before I had her, I would goto the grocery store by myself. I was very isolated. I took a while to see the problems I was having on society - getting along with people, functioning in a normal job," he said.

Neely said he knew he needed help. That is when his counselor told him about Shelter to Soldier.

News 8's Monique Griego has more on Neely's story in the video report below.

All proceeds from Pucks & Paws calendar sales will go to Shelter to Soldier – a San Diego nonprofit which adopts dogs and trains them to be service animals for post-9/11 combat veterans suffering from PTSD and other afflictions.

Gulls Center Sam Carrick - AKA Mr. February in the calendar - and Shelter to Soldier Co-Founder and President Graham Bloem - along with a four-legged hockey fan - stopped by Morning Extra to talk about the calendar and how it benefits Graham’s organization.

See the calendar cover and photos from inside below courtesy of Allison Shamrell Pet Photography.