Undocumented students and their supporters made a push on Tuesday to make Cal State San Marcos a sanctuary university, therefore off limits to Border Patrol agents. 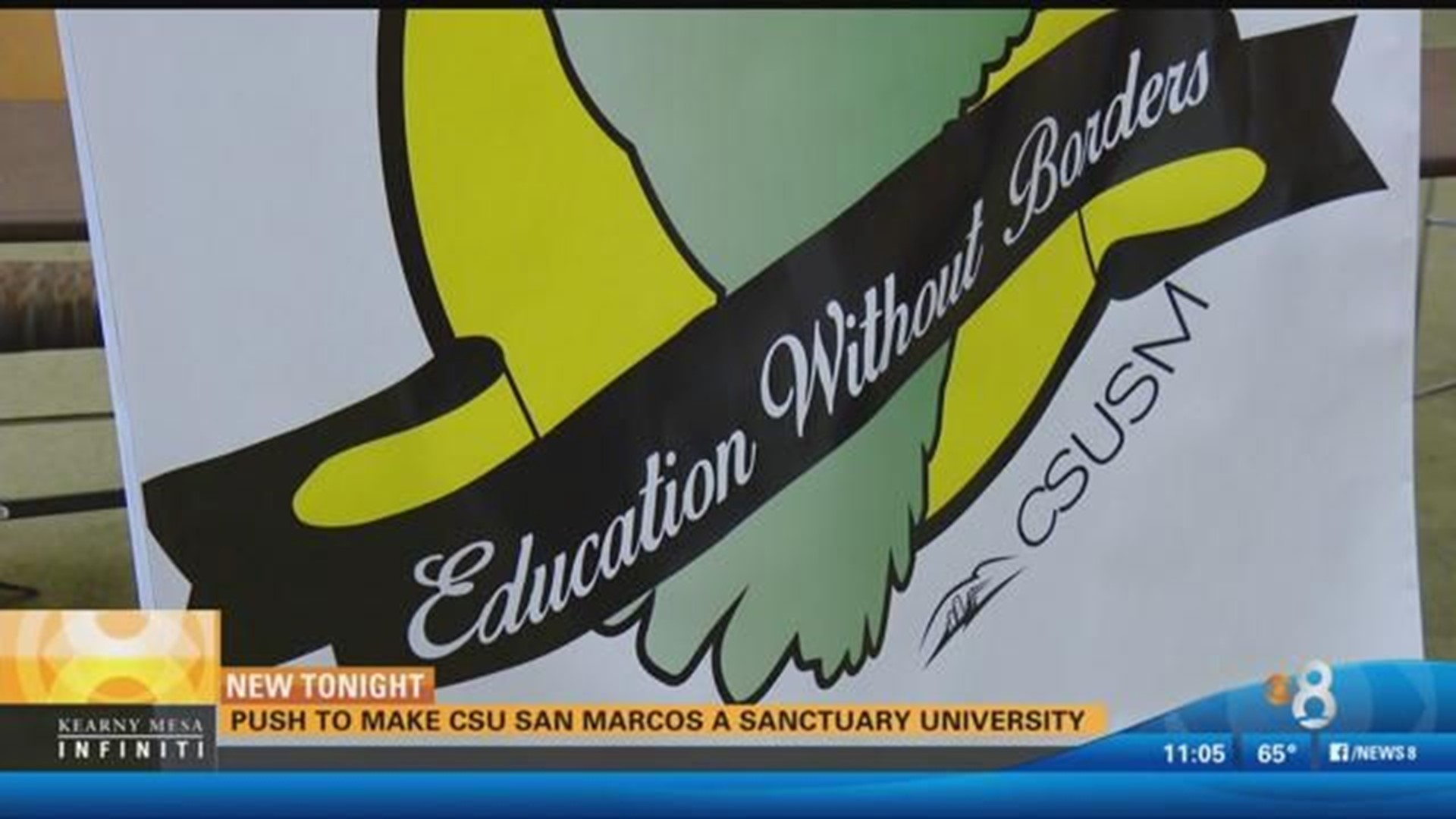 SAN DIEGO (CBS 8) - Undocumented students and their supporters made a push on Tuesday to make Cal State San Marcos a sanctuary university, therefore off limits to Border Patrol agents.

Cal State San Marcos has around 300 undocumented students and their supporters worry that agents who come on campus for recruitment may intimidate and scare students.

"It crushed my heart. I wasn't seeing the phone in my face, I was seeing the lives and struggles of my colleagues," said Julio Villa-Chavez, president of the student organization "Stand Together As One Dream".

During Tuesday night's forum, personal stories were shared with a call by students to "Stand Together As One Dream."

"Our main goal is to create this university as a sanctuary school where Border Patrol agents cannot be present on this campus," said Villa-Chavez.

The move to ban agents at jobs fairs has gained momentum around various universities. In April, UC San Diego also pushed to become a sanctuary university and ban agents from job fairs. Last week, San Diego City College also turned away agents during a job fair. Cal State San Marcos has not made a decision on the issue.

"I think it's very important to remember that we are all human. We all come here for a similar dream," said a CSUSM student.

Cal State San Marcos University's president said the agents come to the campus for recruitment and not for enforcement. Legally, students cannot be stopped and be questioned about their legal status.

"If we do continue to invite Border Patrol to our campus, we will look at our policy and protocols and help them (undocumented students) be safer," said Margaret Chantung, CSUSM spokesperson.

U.S. Customs Border Protection said they are looking into the issue.