Push to save Affordable Care Act ahead of repeal

While congressional Republicans are taking the first steps to repeal Obamacare, Democrats are fighting to save it. Dozens of rallies were held across the nation Sunday. 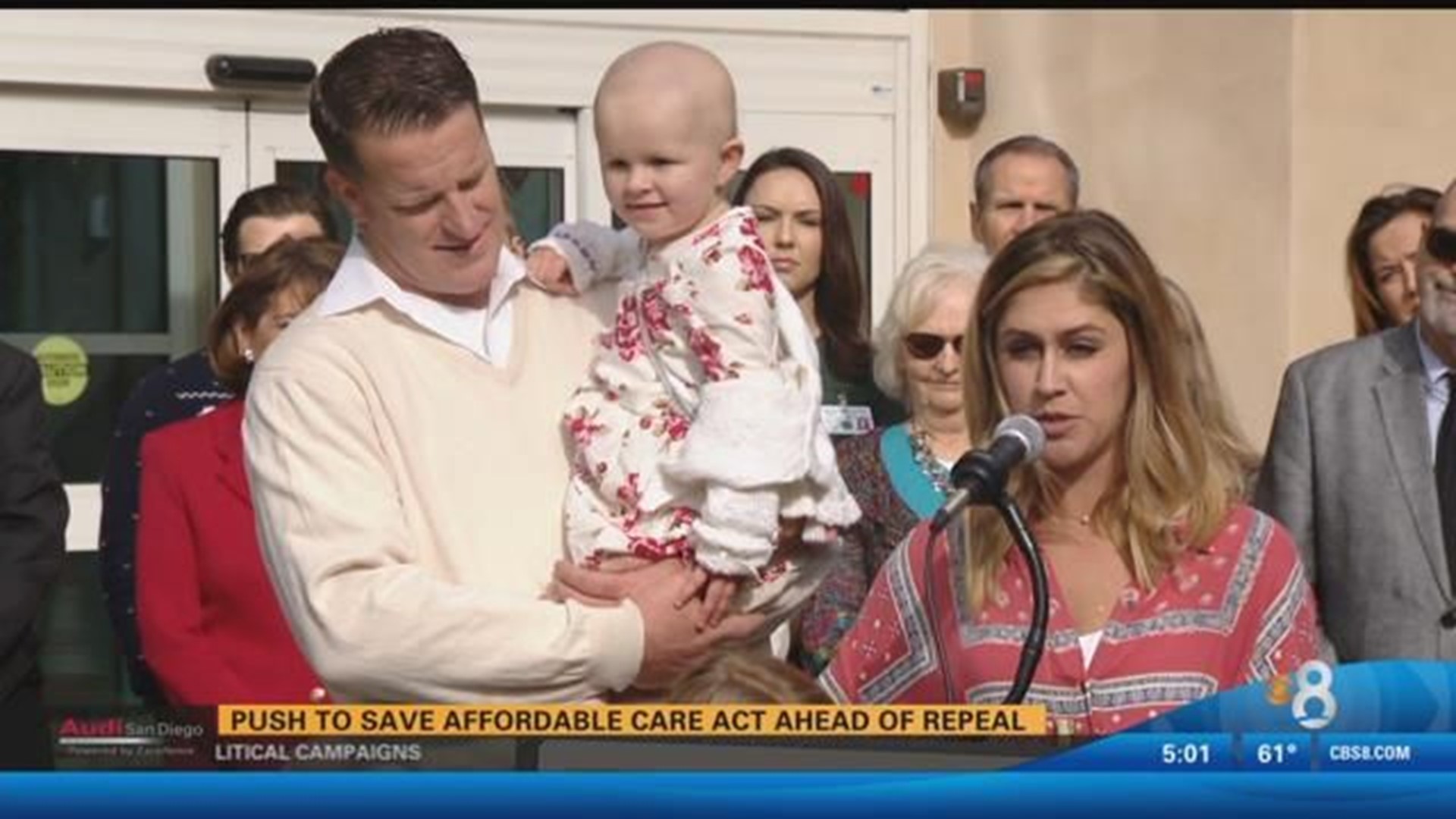 SAN DIEGO (CBS 8) — While congressional Republicans are taking the first steps to repeal Obamacare, Democrats are fighting to save it.

Dozens of rallies were held across the nation Sunday.

In San Diego, Representatives Susan Davis and Scott Peters joined dozens of health care professionals to speak in support of the Affordable Care Act, just days after the new Congress moved forward with plans to repeal it.

"A repeal would not only leave millions of Americans without insurance," said Peters. "It would also blow a crater sized hole in the federal budget, adding $350 billion to the federal deficit."

Republicans are particularly taking aim at subsidies that lower the cost some people pay for coverage. They're also considering removing the mandate to purchase insurance.

First, lawmakers are moving to repeal the act as it stands.

"The repeal is somewhat symbolic, but it's also functional," said Representative Darrell Issa. "It's cleaner to repeal it and then work with Scot Peters, Juan Vargas, Susan Davis and anyone else on a similar passage."

Issa says they'll phase in the replacement for the ACA over the next two years.

Exactly what that could look like and who pays to lower premiums though is still in the works.

"The states have to have more skin in the game if they're going to be making the new health plans that come out of this a success," said Issa.

Still democrats are resisting the repeal - calling the plan flawed.

"People have to be concerned about the details here," Davis said. "If it sounds good, but there's nothing to back it up, then we have tens of millions of people who will be hurt."