Local leaders are tackling San Diego's growing homeless problem. Congressman Scott Peters is leading the charge to bring in more federal dollars to get people off the street. 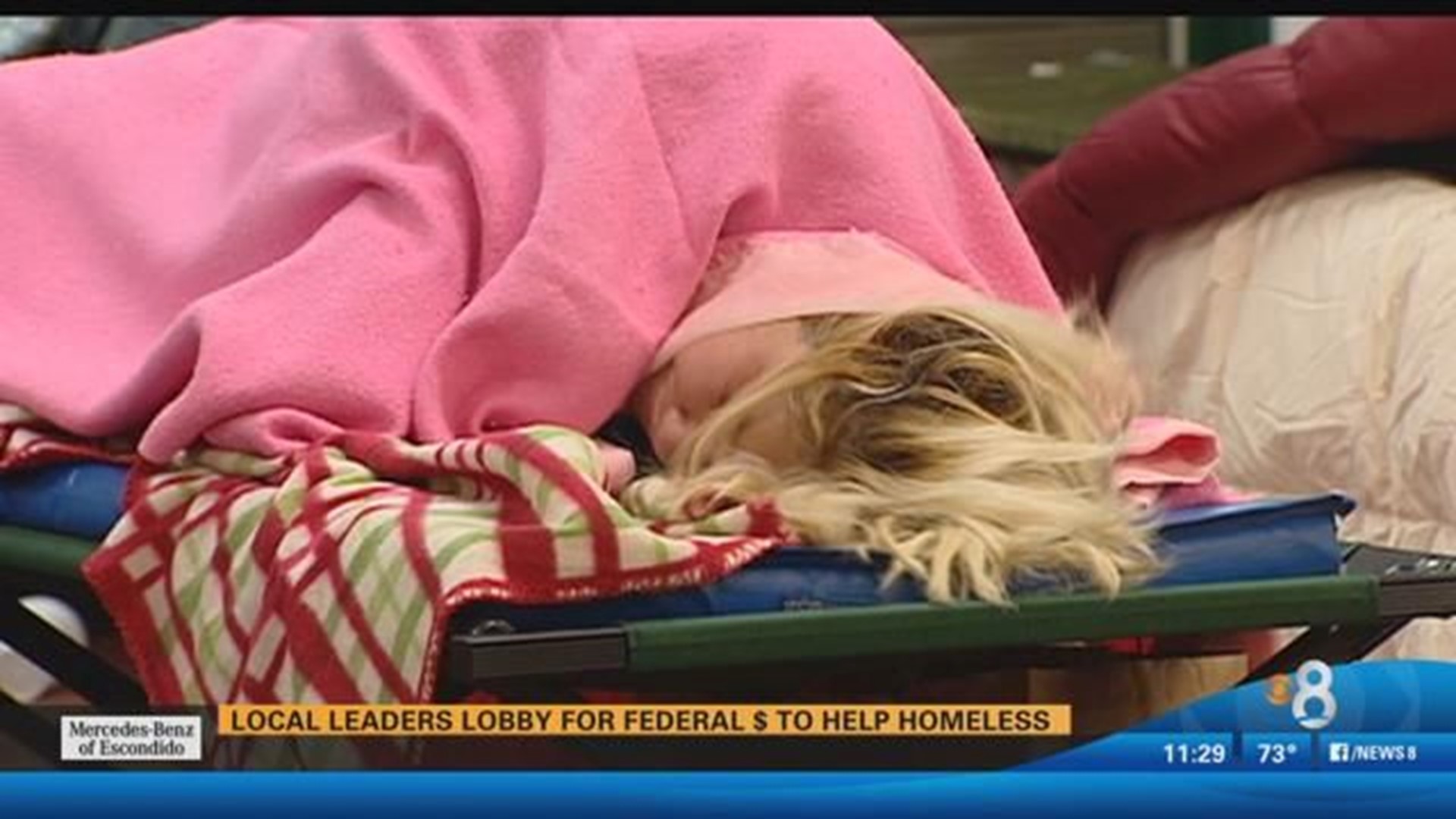 Standing in front of Father Joe's Villages Wednesday, Congressman Peters was joined by other local leaders to announce a plan designed to bring more federal funding into San Diego to fight homelessness.

According to officials, San Diego has the fourth highest homeless population in the country - yet the city's federal funding ranks 23rd. The funding is based on a formula issued by the Department of Housing and Urban Development, (HUD), back in the 1970's.

In 2013, after Congressman Peters reached out to the HUD, the department agreed to review its formula and has now given local leaders and the public four options to consider.

"We have struggled for years to match the funding with the size of our populations and had made it difficult to end homelessness in San Diego," said City Councilman Todd Gloria.

According to Gloria, more funding would alleviate some of the problems being seen throughout the count.

In his district for example, some North Park residents have expressed concerns about homeless people taking over the Community Park playground. Gloria said steps have been taken and more is being being done to address the problem.

Local leaders and the public have until September 23, to review and comment on the HUD formula options - at which point it will be up to the HUD to decide if and when San Diego will get more federal funding.

The public can learn more about the HUD's proposed formulas and respond online.