Quartyard downtown may have its days numbered

The Quartyard has been a popular meeting place for many in downtown San Diego since it opened over a year ago, and now it seems its days are numbered. 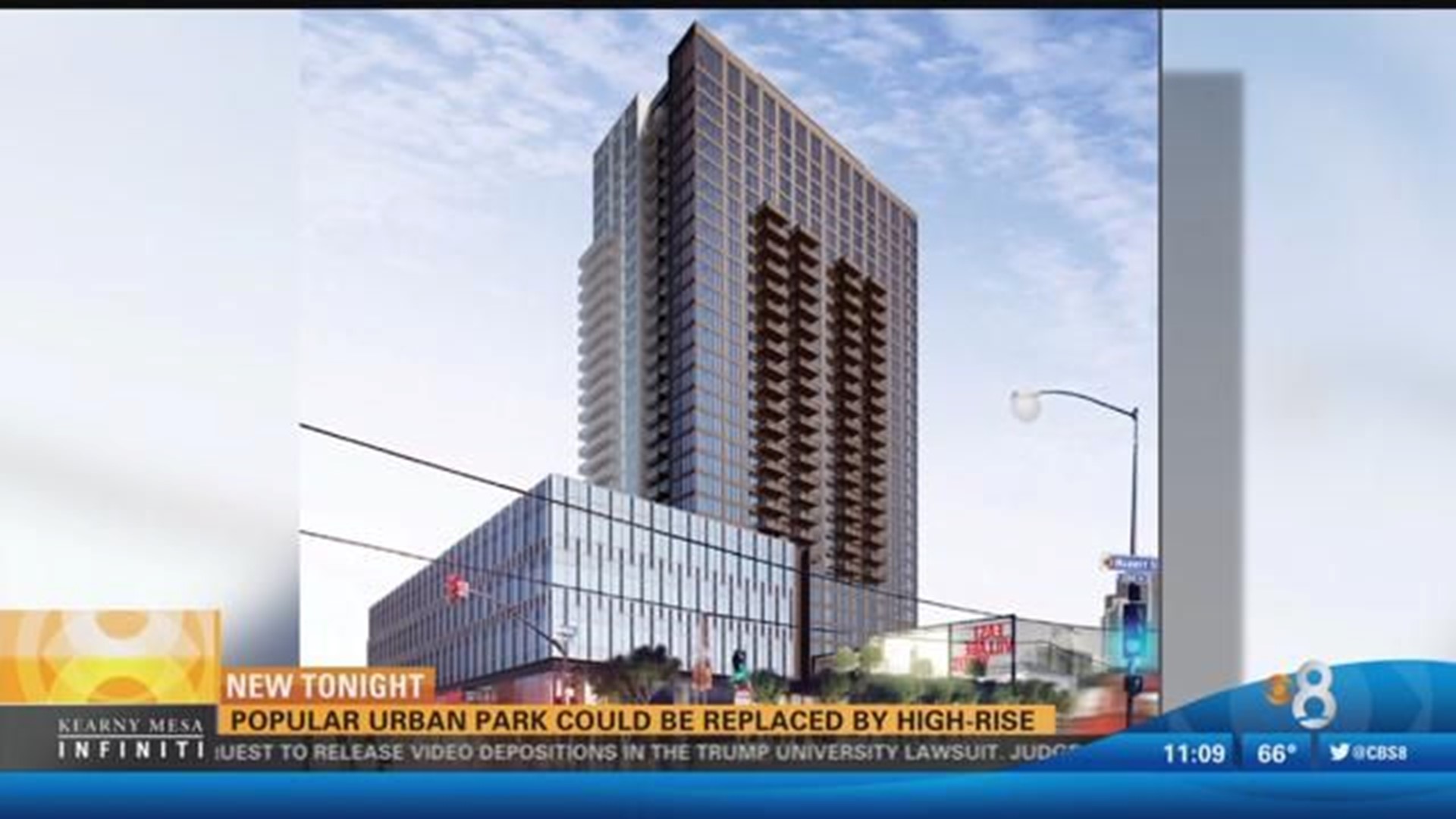 SAN DIEGO (CBS 8) - The Quartyard has been a popular meeting place for many in downtown San Diego since it opened over a year ago, and now it seems its days are numbered.

The popular urban park space was created with shipping containers but it has taken on a life of its own by evolving into the go-to-spot for locals to catch up over a beer or coffee.

Besides being just a hangout spot, the Quartyard has become a place where locals cannot only catch a concert but also let dogs off their leashes.

The Quartyard began as a project that was never meant to last, and it now faces the possibility of being replaced next year by a 34-story high-rise.

For East Village resident Ryan Darby, the Quartyard has become an integral part of his neighborhood and even more special spot for his one-year-old Terrier-Corgy mix, Dalton.

The Quartyard's creators transformed the formerly vacant city-owned land into a bustling 25,000-square-foot space. Besides having a coffee shop, food trucks, a restaurant, a craft beer garden and a music venue, it's downtown's sole off-leash dog park.

A 34-story high-rise project by Holland Partners is currently in the design phase, but many locals are not throwing their support behind it.

The Quartyard's CEO, Philip Auchettl, said he is working with the city and with the developers to try and find a new home for the one of a kind community asset - ideally within East Village.

"As a community-focused project, if we can stay within the community that grew this project - that for us would be ideal," said Auchettl.

The proposed high-rise project still has to undergo a series of reviews and approvals from a number of city agencies and ultimately the City Council before the sale is approved.

Residents rallying around the cause have also started an online petition which has gathered more than 2,200 signatures, demanding the city help find a long-term home for the Quartyard.