Firefighters are battling a massive fire in Old Town. 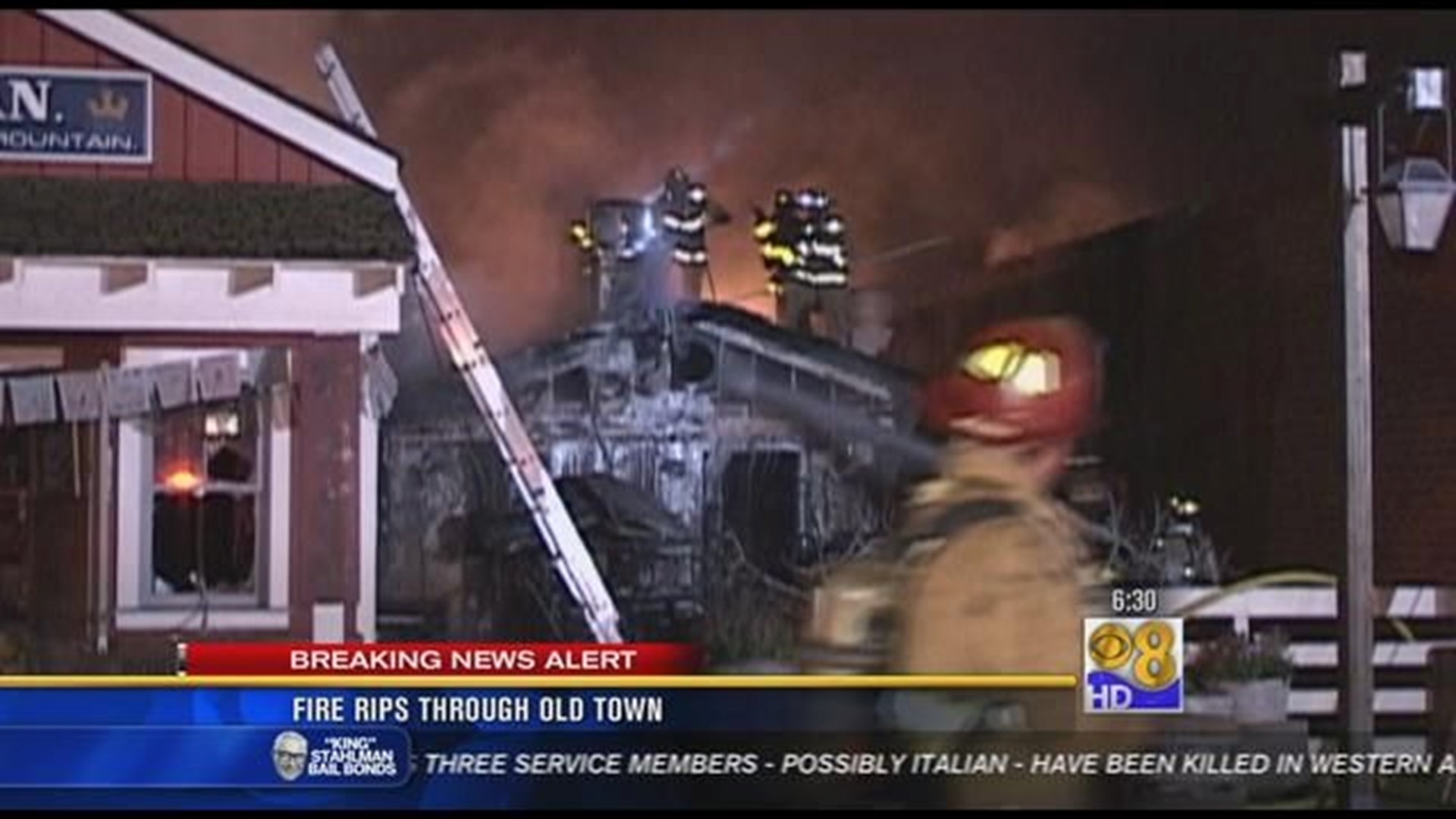 SAN DIEGO (CBS 8) - Three historic buildings in Old Town were damaged after an early morning fire. Flames broke out at the El Patio Restaurant near Juan and Taylor and quickly spread through several shops.

The thick smoke, pouring out of this old town restaurant, was spotted by drivers on Interstate 5 around 4:30 a.m. Monday.

Battalion Chief John Strock said that the El Patio restaurant took the brunt of the damage, but the flames spread to other businesses.

Dennison also said that all three businesses are very popular, but it's too early to say how long they'll be closed. He added that all three have insurance and will have to be built back to historical standards.