Ahead of New Year's Eve, rallies were held across San Diego County Friday to raise awareness about drugged driving. 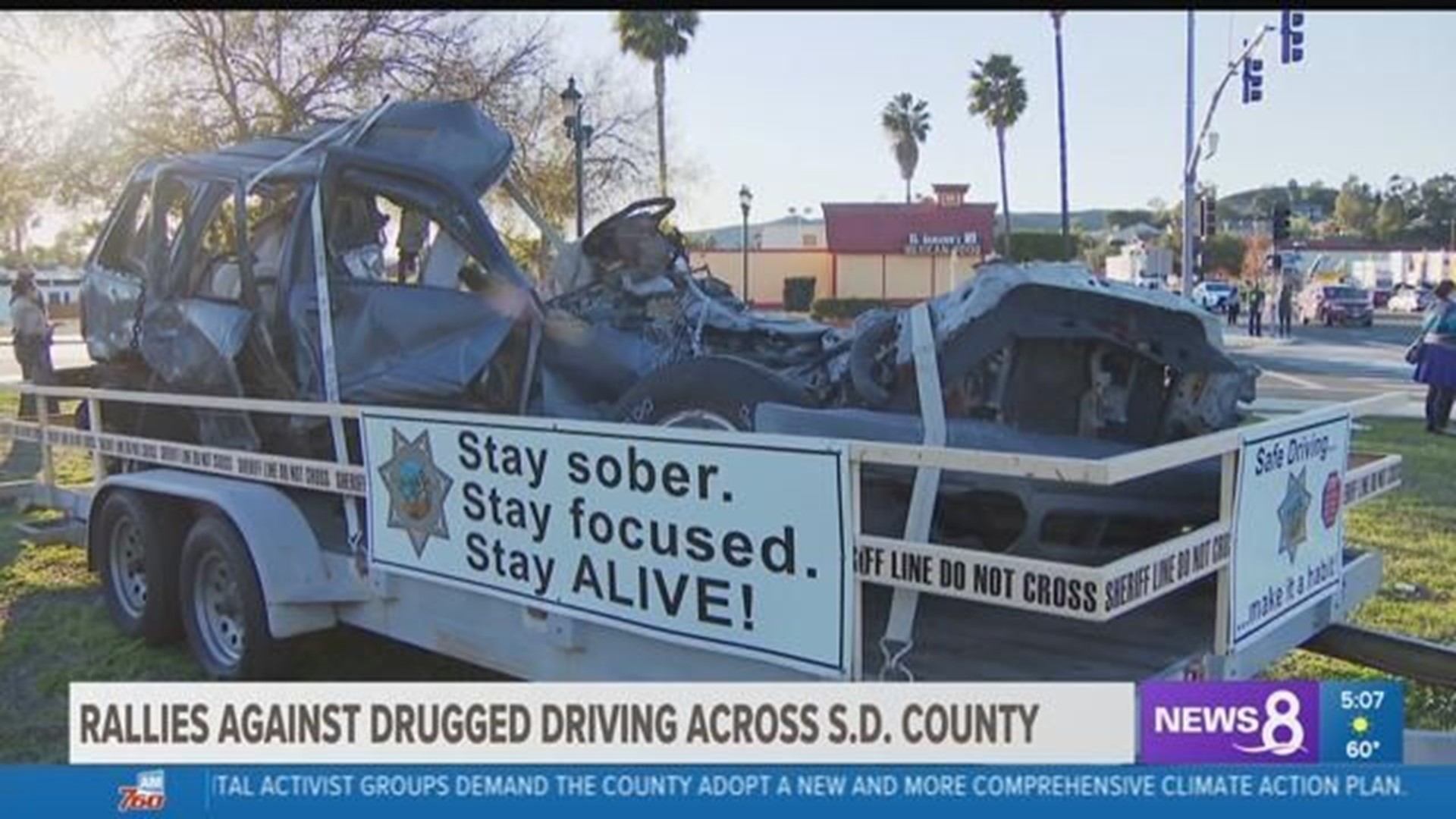 Organizers said they want everyone to know that driving under the influence of any impairing substance is dangerous.

Studies show the majority of deaths in San Diego County over the last seven years occurred in last two weeks of the year.

“It scares me because I know that this is something that doesn’t just happen once it happens all of the time,” said Allie Furlong, a senior at Poway High School.

Making their voices heard with bright colored signs along Poway Road. Poway High School students helped lead the charge to rally against driving while under the influence of drugs. To emphasize their point, a crumpled car from a DUI crash was on display.

“Some thing about where people are getting seriously hurt or even killed that’s what really hits you his home, because that could be someone’s kid, someone’s parent,” said Jacob Moncrief, also a senior at Poway High School.

Those at the rally wanted to note the differences from drunk driving.

“It’s looking more at prescription drugs, medicinal marijuana different things that can impair you as a driver. Why? That’s not safe,” continued Moncrief.

According to federal statistics on highway safety, the highest number of fatal and serious injuries due to Driving Under the Influence of Drugs (DUID) were in Southern California, including Los Angeles, San Diego and Riverside Counties.