Raymond Chavez, the oldest living Pearl Harbor survivor, died peacefully in his sleep on Tuesday, according to his family. He was 106 years-old. 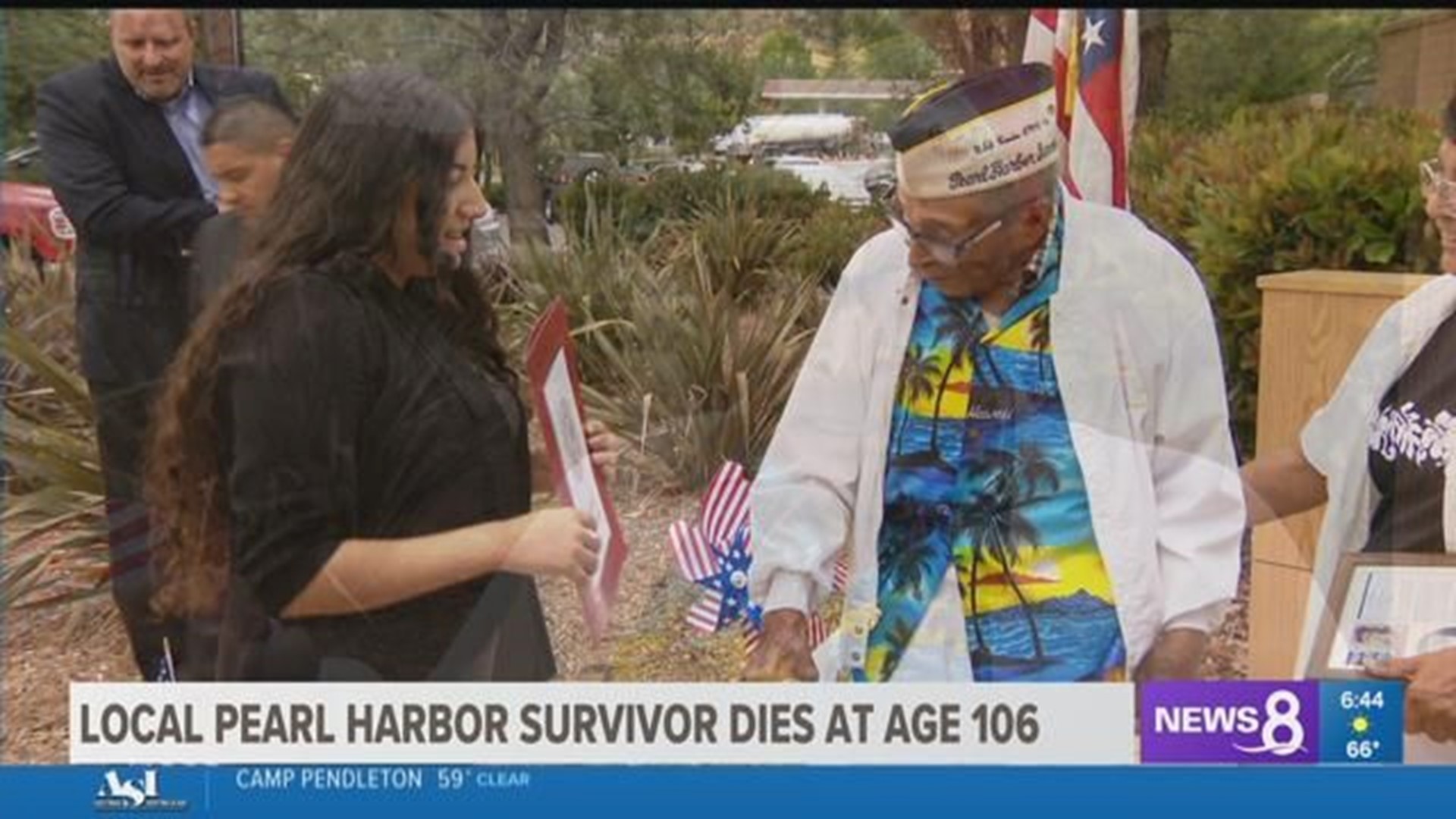 SAN DIEGO (NEWS 8) – Raymond Chavez, the oldest living Pearl Harbor survivor, died peacefully in his sleep on Tuesday, according to his family. He was 106 years-old.

Chavez had just returned home after working a shift on the minesweeper USS Condorr when in the early morning hours on December 7th, 1941, Japanese planes attacked Pearl Harbor.

In an interview with News 8, Chavez recounted the events of the day that would live in infamy. “I could not believe it. Even as I was looking at it,” he recalled. Chavez said he was falling asleep after a shift sweeping for mines when his wife frantically woke him.

"She said 'we're being attacked,'" Chavez told News 8 at the time. "I said 'who would attack us?' and she said 'the Japanese are here.'"

In a statement posted on Facebook, Chavez’s family thanked all who honored him in the last six years. This past May, he traveled to Washington D.C. to meet the president of The United States.

Chavez had been honored over the years at Pearl Harbor in Hawaii. At the age of 103, he threw out the first pitch at a San Diego Padres game.

This past March, as Chavez celebrated his 106th birthday, he told News 8 his secret to longevity, in part, was not drinking or doing drugs.

In 2017, Chavez was honored by the U.S. Postal Service with his own stamp.

In their statement the family said:

“Ray was honored to have served his country and to fight among heroes and loved meeting his fellow comrades. He cherished his time going to talk to the kids at schools because he doesn't want them to forget Pearl Harbor. We thank you Ray for your service and your love of our family. God Bless you!”

Raymond Chavez lived in Poway with his family.