Received your SDG&E bill yet? Brace yourself for a shock

SAN DIEGO (NEWS 8) — If you haven't received your electric bill yet for this month, you might be in for quite a shock. San Diegans are reporting skyrocketing power bills despite their best efforts ... 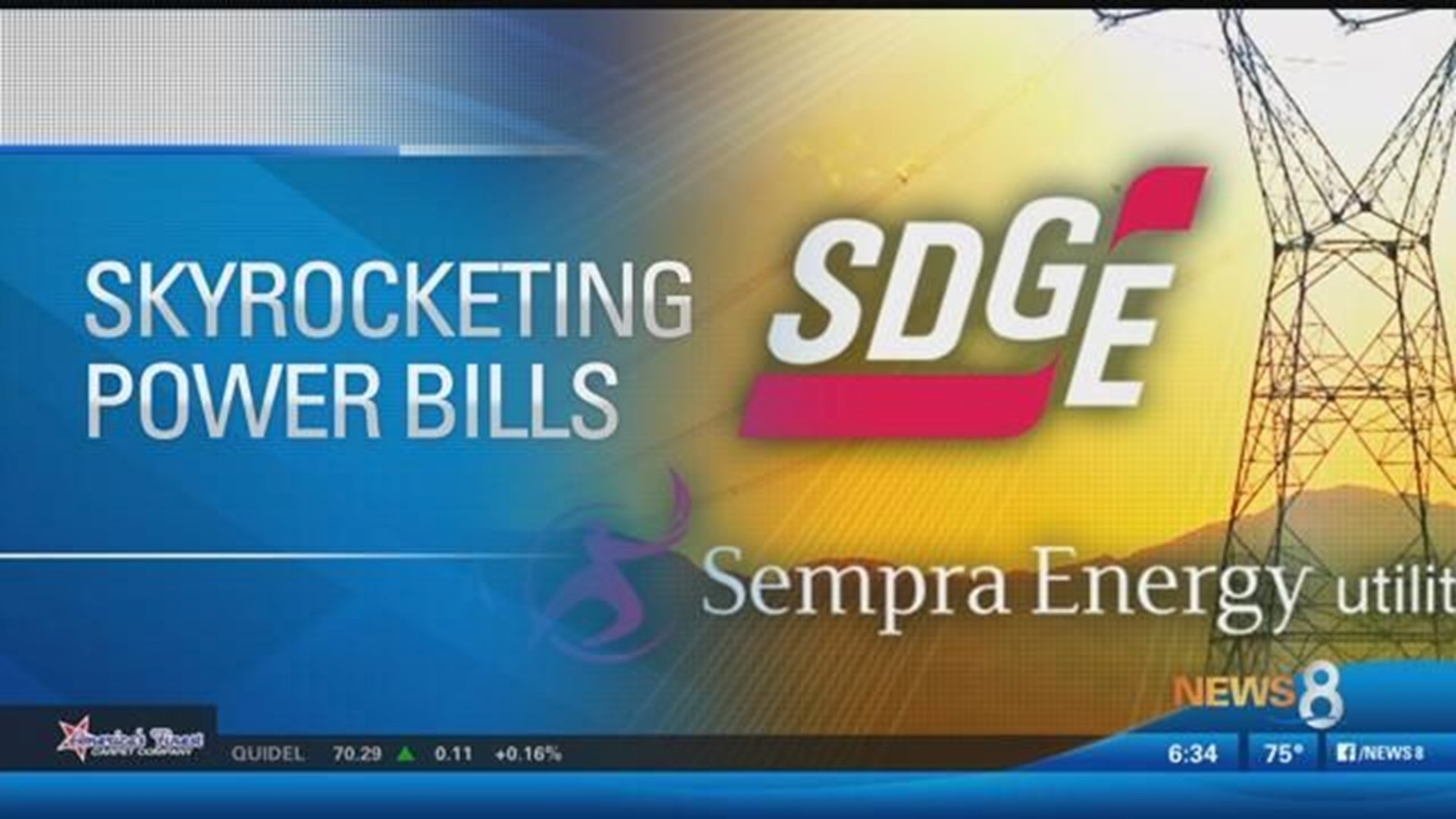 SAN DIEGO (NEWS 8) — If you haven't received your electric bill yet for this month, you might be in for quite a shock. San Diegans are reporting skyrocketing power bills despite their best efforts to reduce their use.

"It's just shocking and frustrating and you know you have to pay it,” said Lisa Facciolla.

Seeing a surge in her energy bill, Facciolla says her family is trying to cut back.

Facciolla says last month’s bill was $90 and this month it spiked to $260.

"We have energy efficient light bulbs, we keep our lights off during the day, we do not use our dish washer,” she said. “We're very conservative with the amount of time we are running the laundry.”

She’s not the only one shocked at her SDG&E bill.

"I feel gouged, I really feel taken advantage of," he said. “I really feel that the power here is just way out of line and too expensive."

SDG&E has noticed the uptick in usage.

"We are seeing an increase in the number of customers who are hitting the high usage charge, which is the state mandated charge that went into effect last year,” said SDG&E Communication Manager Wes Jones.

The utility offered solutions like a "time of use plan."

"[We] have some bill assistance programs where you can save up to 30 percent,” said Jones.

"We haven't heard anything about inaccurate bills,” he added.

“As soon as we got the bill we inquired about solar and in fact yesterday we signed the paperwork to get solar installed because of the bill,” said reporter Shannon Handy.

But solar doesn't always save.

"Our last bill was $600 we have solar panels and our house is just under 2,000 square feet,” said weekend anchor Alicia Summers. “So, it's the highest it has ever been.”

Who’s catching the biggest bill break in our newsroom? Jarrett Wright is in a 1,500-square-foot house in Riverside County whose utility provider is Southern California Edison.

County Supervisor Dianne Jacob chimed in on Twitter about the bills San Diegans are seeing: