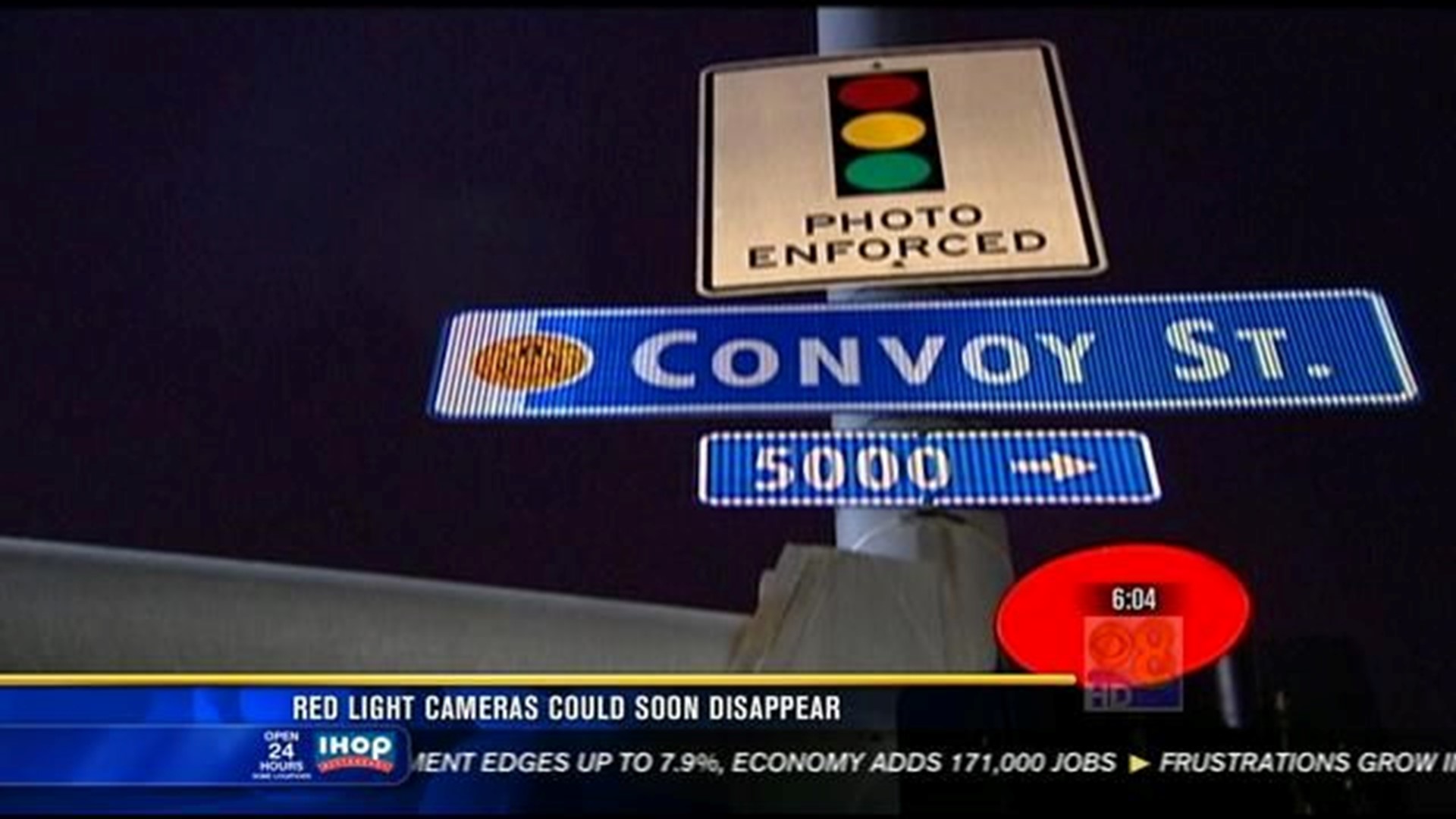 The cameras were installed to increase safety on the roads but some critics say they didn't help.

City officials say stopping crashes from happening is the main objective behind the red light cameras, which were first introduced in 2003 and can be found in 15 city intersections.

According to city officials, red light-running accidents and rear-end collisions have dropped by about 50 percent in 2012, compared to before the cameras were installed.

The program is now up for renewal, but San Diego Mayor Jerry Sanders says he wants to leave that decision to the incoming administration because they will be responsible for the cameras.

News 8's Angelique Lizards has more in this video report.