We went inside Star Wars: Rise of the Resistance before it opens. Here's what it's like

Nothing really prepares you for seeing for the first time a life-sized First Order Star Destroyer filled with Stormtroopers. 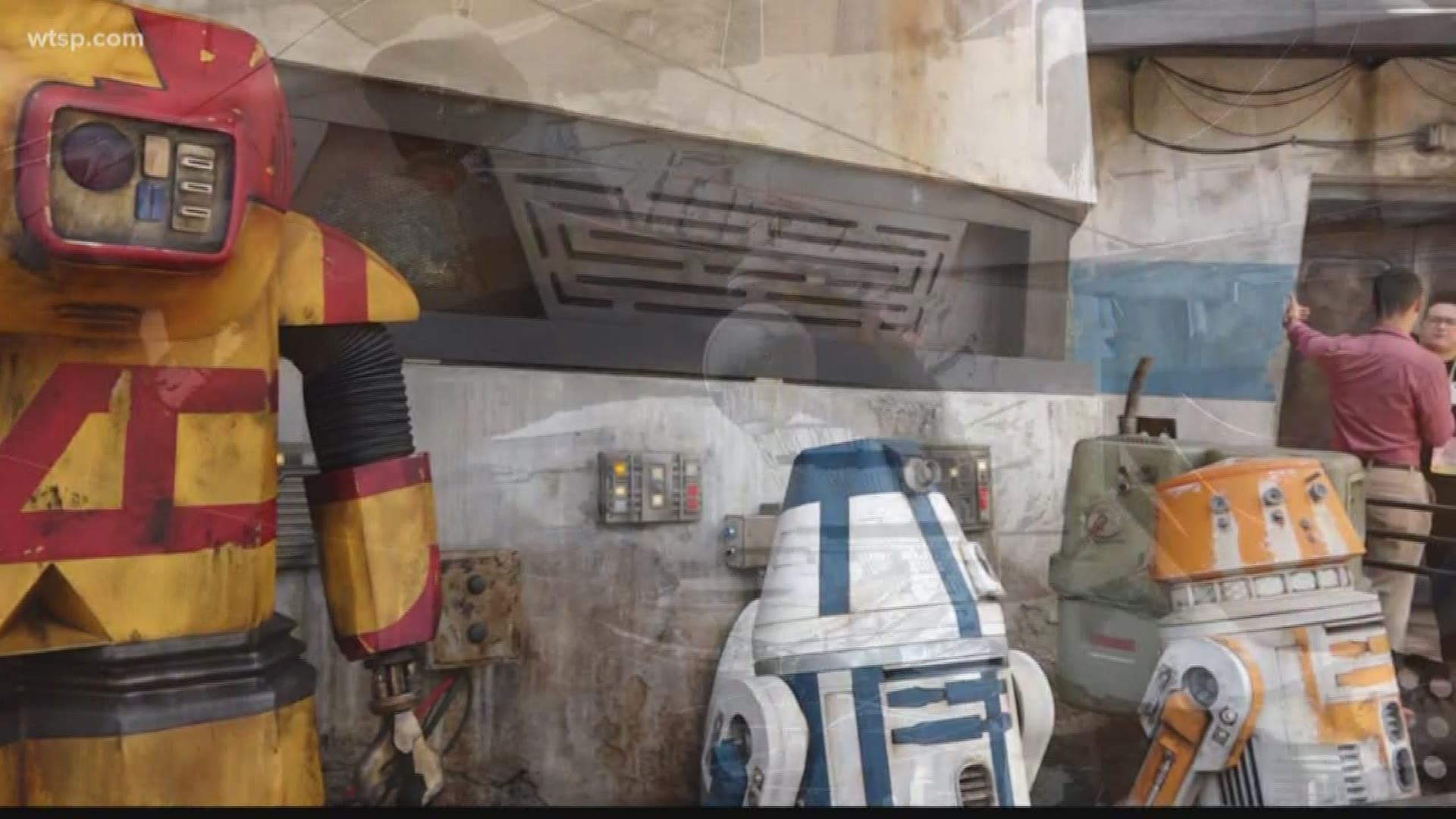 Well, you’ll get to be in the middle of that scene when Rise of the Resistance opens in December at Star Wars: Galaxy’s Edge.

The ride begins in the queue when Black Spire Outpost guests are asked to join the Resistance as they escape from the outpost to rendezvous with General Leia Organa. Obviously, things don’t go as planned, and the transport vehicles are captured by the First Order and Kylo Ren.

RELATED: 'Star Wars: Rise of the Resistance' ride to open in December at Disney World

The first of two ride systems is the transport vehicle, piloted by none other than Nien Nunb, a Sullustan smuggler and Rebellion fighter first seen in Return of the Jedi.

Riders are then pulled onboard a First Order Star Destroyer, and the hangar bay doors slide open to reveal a scene straight out of the movies. The moment elicited gasps and even a few tears from some of those in our media tour group.

There are more than 40 life-size Stormtroopers lined up and standing at attention in front of the open hangar bay door, which shows a floor-to-ceiling view of space. It’s a screen, but it doesn’t look like one.

To the right is a life-sized TIE fight and First Order officers standing guard and scowling. When you make it out of the hangar bay, you’ll come face-to-face with two full-sized AT-AT fighters.

Scott Trowbridge, Portfolio Creative Executive with Walt Disney Imagineering, called Rise of the Resistance the “most ambitious attraction we’ve ever done at Disney.”

To create that life-like view of space in the hangar bay, Trowbridge said he and his team used a similar screen to the one used in the Star Tours ride and made it massive.

Trowbridge said the unique aspects don’t end there. The second ride system used involves transporting riders sitting in a trackless ride vehicle driven by an R5 droid and getting them safely into an escape pod at the bottom of the Star Destroyer.

Then, there’s a long freefall plunge into space.

The Imagineering team is still making finishing touches on the Rise of the Resistance Ride, including detailing Poe Dameron’s Black One T-70 X-wing starfighter.

Rise of the Resistance opens Dec. 5 at Disney’s Hollywood Studios.