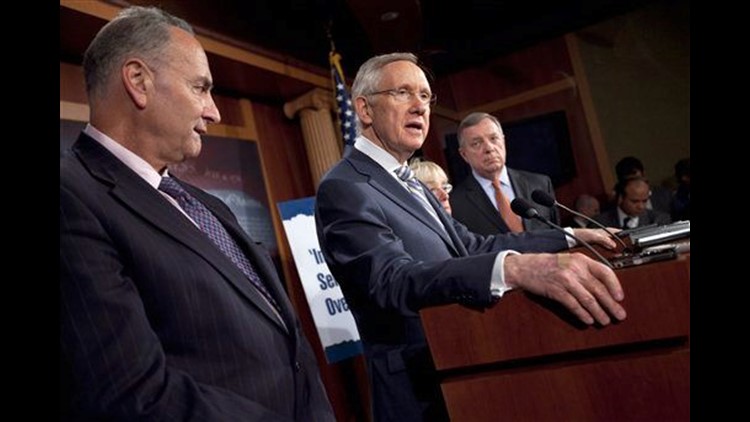 WASHINGTON (AP) — Even as House Republican leaders work to retool their deficit reduction package, Senate Majority Leader Harry Reid says the plan will not get a single Democratic vote in the Senate, dooming it to fail.

Speaking at a Wednesday press conference, Reid would not say when he planned to bring his own bill up for a vote, saying he is going to wait to see what the House does. Reid called Boehner's plan "a big wet kiss for the right wing."

The bill, proposed by House Speaker John Boehner, is being rewritten to achieve the savings that Republicans have promised. The Congressional Budget Office said late Tuesday that Boehner's plan would fall short of the GOP's goal, and the Ohio Republican postponed a vote on it.

Congress is at a stalemate over how to resolve the debt crisis, with House Republicans and Senate Democrats promoting rival plans as a Tuesday deadline approaches for avoiding a government default.