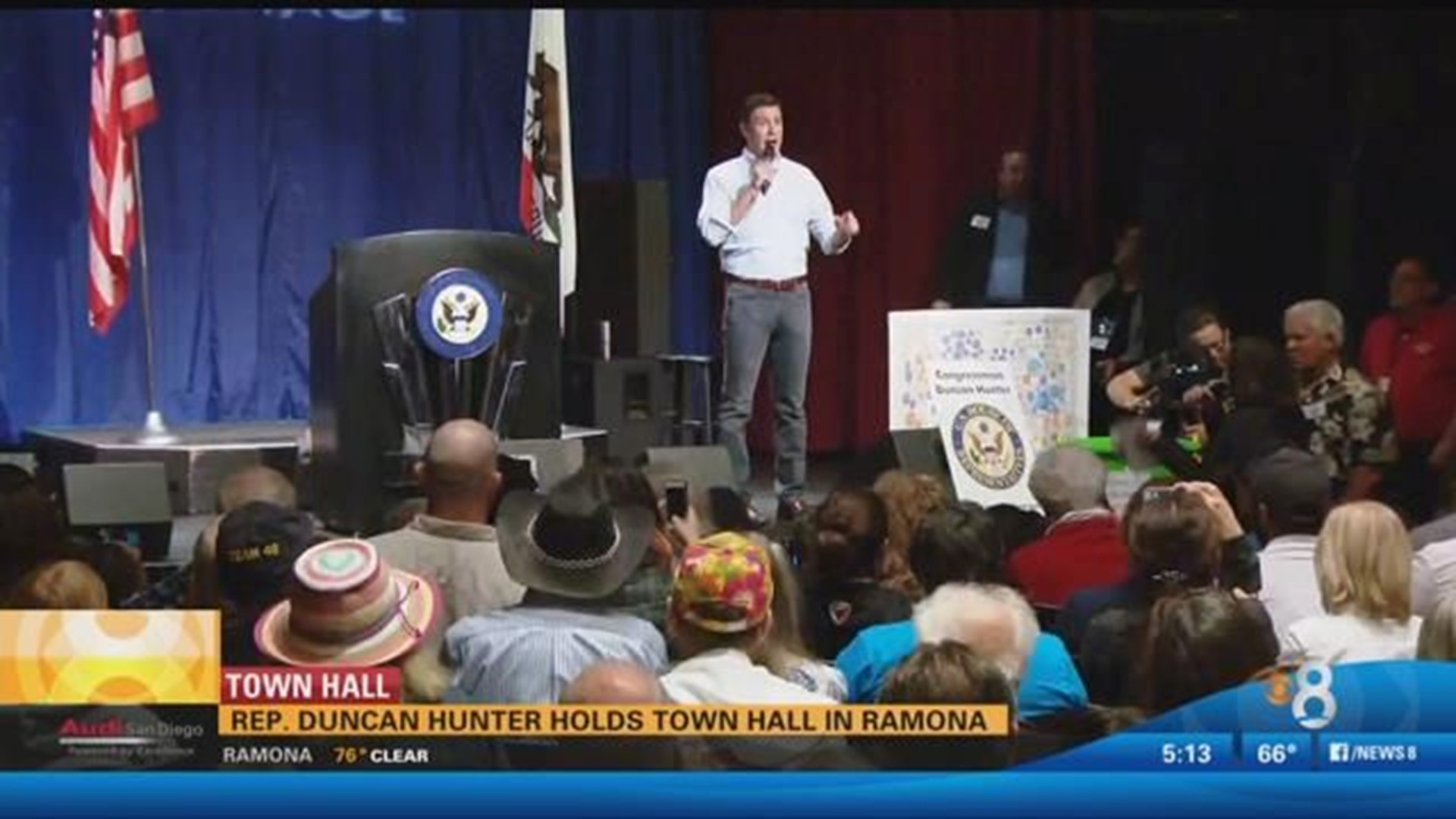 Big crowds of opponents and supporters of Rep. Hunter lined the streets for the town hall meeting outside the event.

One constituent asked Hunter about his campaign spending issues and he replied, "We've been open about this whole thing."

The discussion on healthcare brought about a huge reaction from the crowd as a doctor that previously ran for office joined the stage.

Hunter was asked if he would oppose bills aimed at dismantling the EPA.

"Here's what the EPA has done, they've destroyed American business,'' Hunter said, to the jeers of many in the audience and cheers from others.

Hunter mentioned a sewage spill from Mexico that closed the beaches in Imperial Beach and Coronado as the most recent environmental disaster in San Diego.

The crowd at the Hunter meeting was standing-room-only at the 300-capacity theater, but the San Diego County Sheriff's Department estimated the crowd at about 1,000 people.

"Although the crowds were significant for the venue, sheriff's deputies conducted both vehicle and foot patrols and maintained a peaceful atmosphere for all in attendance,'' Sgt. Rob Samuels said. "No arrests were made and the direct interaction between deputies and the attendees received praise as it was both welcomed and appreciated.''

Hunter says another town hall meeting will be held at a later date.