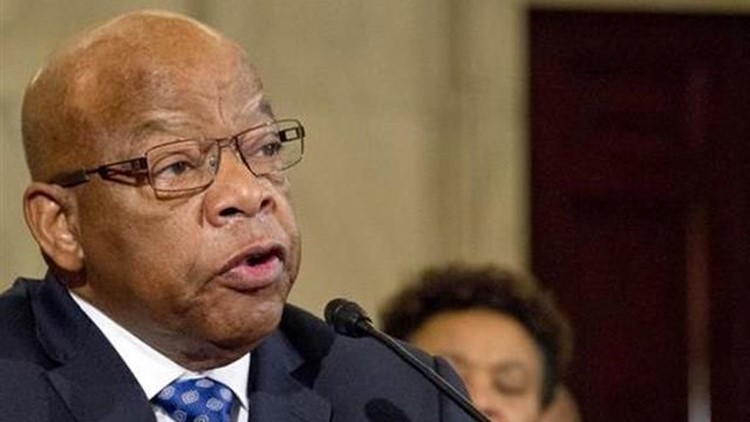 About 1,000 people joined the Georgia Democrat on a march through the crowded San Diego Convention Center following a panel discussion of about his trilogy of graphic novels, "March."

Lewis was welcomed with a standing ovation when he and his co-authors, Andrew Aydin and Nate Powell, walked into the room for their presentation. Scores of elementary school students were in the audience.

The "March" trilogy has won many accolades since the first book was published in 2013. It tells the story of Lewis' childhood and how he became an activist in the civil rights movement.