California's gas tax will lead to four-figure cost- of-living increases for working families, according to a new report released Thursday by a conservative think tank and the campaign to repeal the... 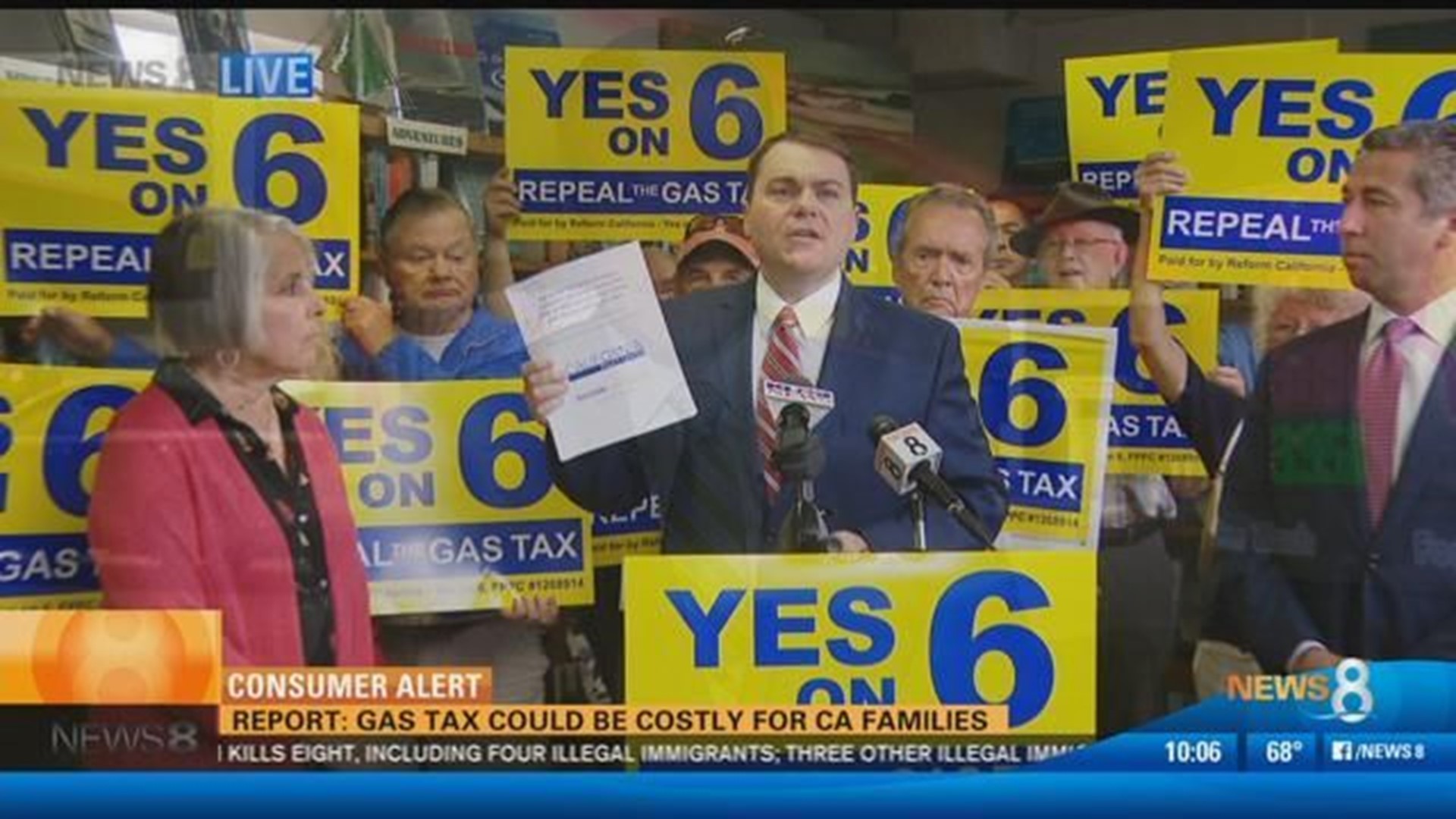 SAN DIEGO (CNS) - California's gas tax will lead to four-figure cost- of-living increases for working families, according to a new report released Thursday by a conservative think tank and the campaign to repeal the gas tax.

The report says a two-car family will pay at least $1,500 annually in taxes if the gas tax remains law. A family of four could see annual tax increases of up to $800. It is with this in mind that former San Diego City Councilman and Yes on 6 Chairman Carl DeMaio will present the report at a news conference at 10 a.m. this morning.

"This report shows that the latest gas and car tax hikes are a crushing blow to working families and makes the strongest case for a Yes vote on Prop 6 to repeal the car and gas tax hikes," DeMaio said.

California Policy Center, the think tank that compiled the report, is generally active in efforts to reform pensions and education. The CPC noted that the tax increase almost negates the $935.58 that the average family spends on Christmas presents each year, according to the National Retail Federation.

"Sacramento politicians are deceptively downplaying the true cost-of- living impact of their car and gas tax hikes, and this study shows just how painful those new taxes will be for working families," said CPC President Will Swaim.

State officials say the 12-cent tax on unleaded fuel -- which rises to 19.5 cents per gallon in 2020 -- and a 20-cent tax on diesel fuel will raise roughly $5 billion per year for transportation infrastructure improvements and repairs. Gov. Jerry Brown signed the gas tax bill into law in April 2017; the law went into effect in November 2017.

On Monday, a group of San Diego public safety officers and local leaders rallied to oppose Proposition 6, which would repeal the taxes.

"Here in San Diego, Prop 6 would eliminate more than $1.5 billion over the next 10 years in funds desperately needed to improve bridge and road safety, to relieve traffic congestion and fix potholes," said Michael Quigley, executive director of the California Alliance for Jobs. "Prop 6 isn't just bad for our bridges and roads -- it threatens incomes for working families and small businesses, in San Diego and across California."

Recent data from a USC Dorsife/Los Angeles Times poll and an internal poll by the Yes on 6 campaign showed that 51 percent of registered voters want to repeal the gas tax but only 26 percent would vote yes on Proposition 6 strictly based off its title, "Eliminates Certain Road Repair and Transportation Funding."