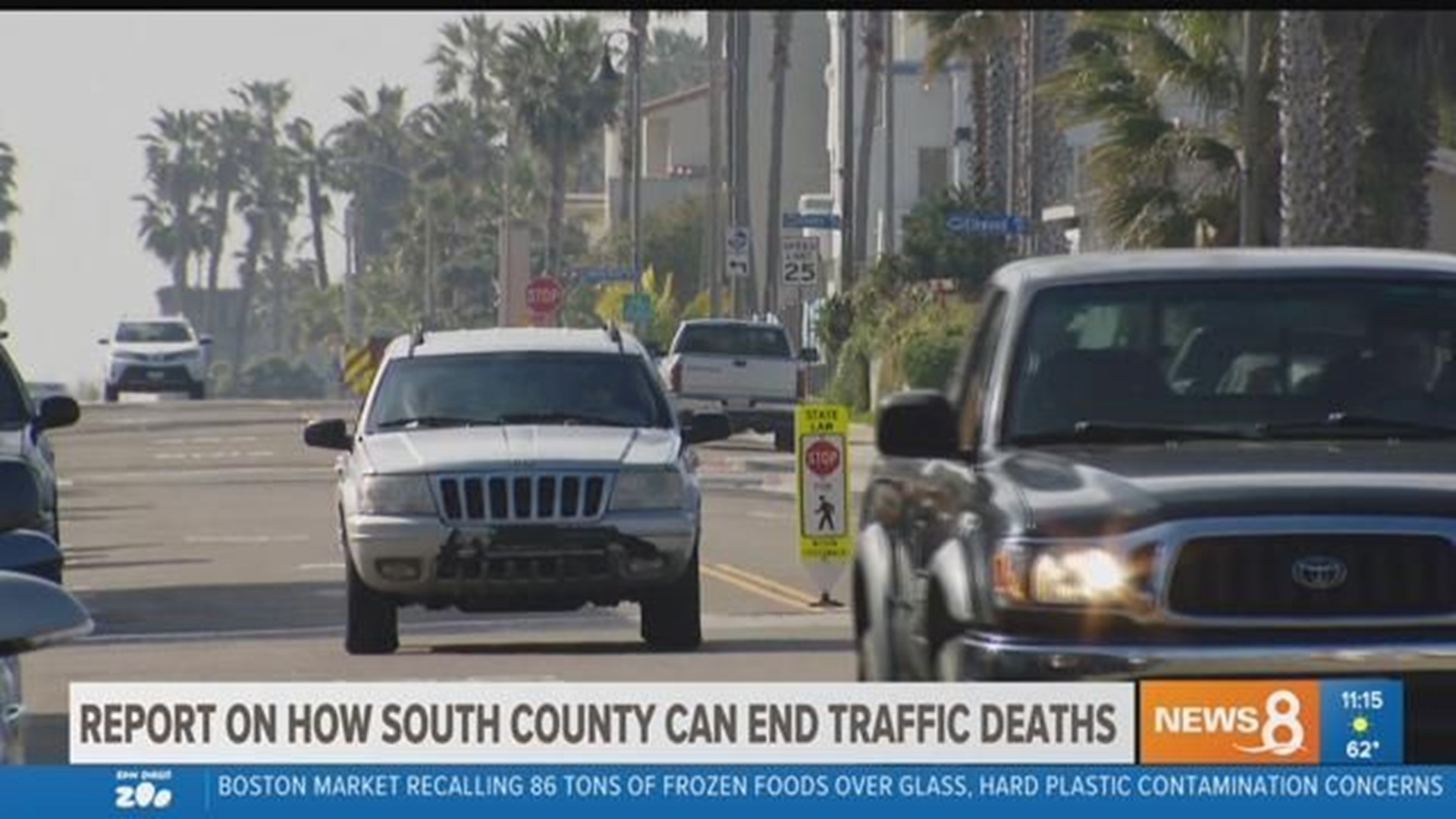 The report is part of the organization's participation in the Vision Zero campaign, which aims to eliminate fatal traffic accidents altogether. Circulate San Diego and the City of San Diego have already set a goal of eliminating traffic deaths in the city by 2025.

In the report, Circulate San Diego discusses ways in which Imperial Beach, National City, Chula Vista and Coronado can prevent fatal traffic accidents by making improvements to the cities' most dangerous intersections and roadways.

According to research, the report says that the numbers of traffic deaths and injuries can be reduced by implementing traffic-calming measures, updating street designs, and taking other steps.

Specific goals for Vision Zero include reducing speed limits in walk-able neighborhoods, re-designing streets to make them more accessible for people of all ages and abilities, as well as raising awareness of unsafe activities and changing behaviors in neighborhoods.

The organization made similar recommendations to the City of San Diego last year and the city subsequently repaired its 15 most dangerous intersections.