Crawford High School students in El Cerrito are circling up and checking in with each other as part of a school program known as Restorative Practices. 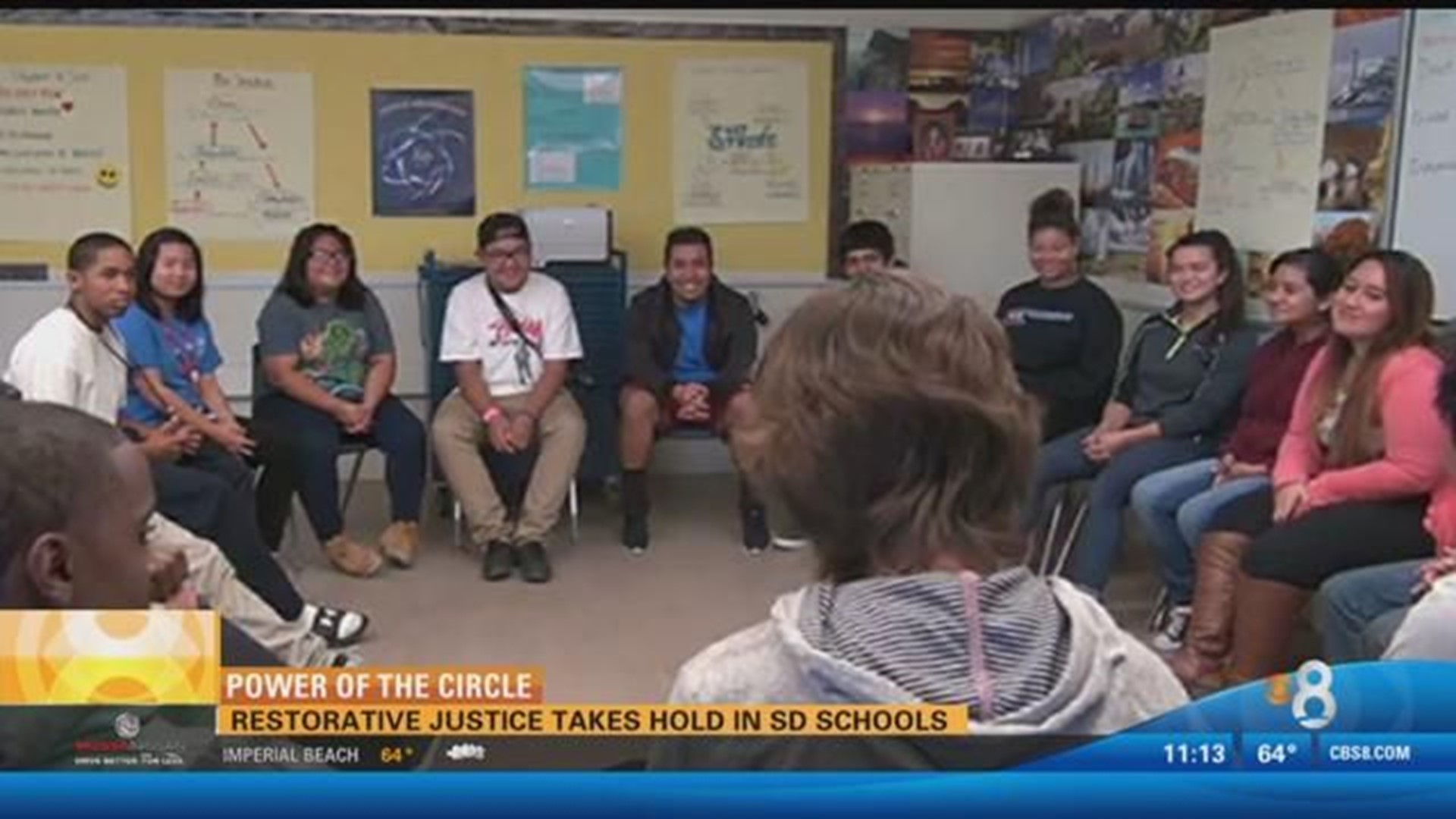 SAN DIEGO (CBS 8) – Crawford High School students in El Cerrito are circling up and checking in with each other as part of a school program known as Restorative Practices.

Restorative Practices is taking hold in a number of San Diego Unified schools and its aim is to change the culture on campus by giving students more of a voice in their day-to-day lives at school.

Rap sessions are part of school program and they give students a chance to feel more connected with their school community and reduce the number of fights and other disciplinary problems.

However, tensions occasionally do erupt like the violent incident between students and a school police officer last March at Lincoln High School.

In that case, students who are being held responsible will face charges in court, but they were not automatically kicked out of school.

Under the districts restorative approach, which was adopted in 2014, educators now have more discretion in whether to suspend or expel students for bad behavior.

Depending on each individual case, learning can come from “talking it out” in carefully facilitated circle sessions run by highly trained mediators.

The sessions also include the alleged offender and everyone else impacted by the incident.

Some critics contend the approach is all talk and not nearly tough enough. District officials, however, counter that argument as a misconception – adding that suspension or expulsion is still a potential punishment.

In fact, through Restorative Justice, there are consequences created collaboratively through the circle. It’s a process that students say can be rewarding as well.

Over the past three years, San Diego Unified's expulsion rate has plummeted by more than 60-percent. There are also plans to expand the Restorative Justice program to other schools in the district beginning this fall.