Two Denver sisters diagnosed with the same terminal illness shared the same dream. They wanted to catch some waves in San Diego with Ricochet the Surf Dog. 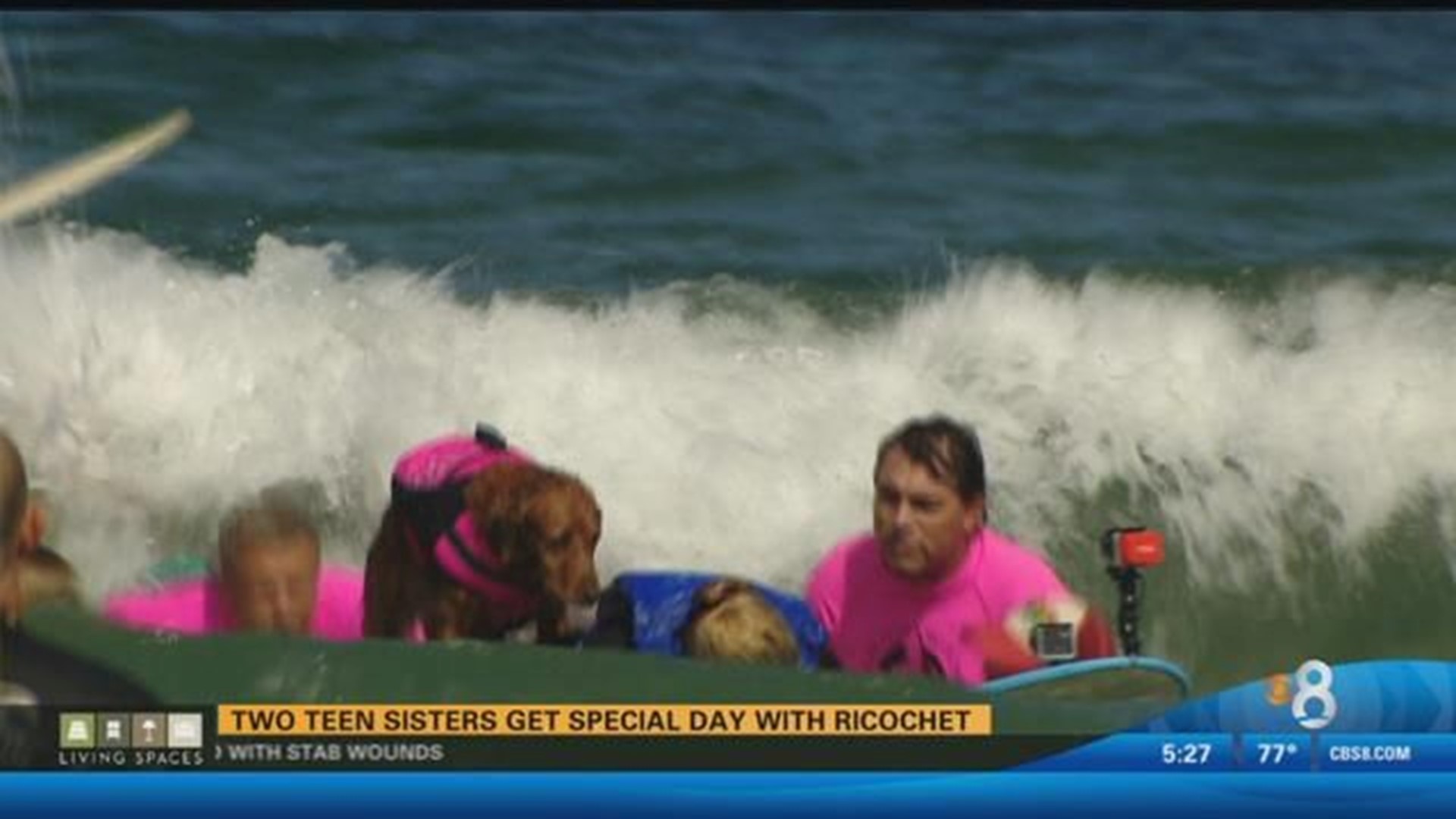 SAN DIEGO (CBS 8) - Two Denver sisters diagnosed with the same terminal illness shared the same dream. They wanted to catch some waves in San Diego with Ricochet the Surf Dog.

Ricochet got in the water and surfed with 17-year-old Savannah Arterburn and 19-year-old Bellamy Arterburn Wednesday, after they traveled to San Diego with their father to catch some waves with their favorite canine.

Savannah, and Bellamy both have Friedreich's ataxia (FA), along with a third sister, Skylar. FA is a life-shortening, debilitating, progressive, degenerative neuro-muscular disorder with no treatment or cure.

In the last few years, they have been diagnosed with a terminal illness, began losing the ability to move, survived several spine surgeries, learned to live with a failing heart and tragically lost their mother to breast cancer. Despite everything they've been through, they stay strong, resilient and love everything about life.

As Bellamy puts it, "Even though I'm sick and dying, I don't let it stop me from living my life." Part of living her life is the dream to surf with Ricochet. But, because of all the hardships this family has endured, they couldn't afford a trip to San Diego.

The whole trip was funded within 24 hours! Not only would the sisters be able to surf with Ricochet, they would enjoy San Diego like two first-class teenage travelers!

To learn more about Ricochet and services the program provides, CLICK HERE.