Rising concerns in Ocean Beach over height of new building

Rising concerns Wednesday night from Ocean Beach residents over a new building construction in their neighborhood. 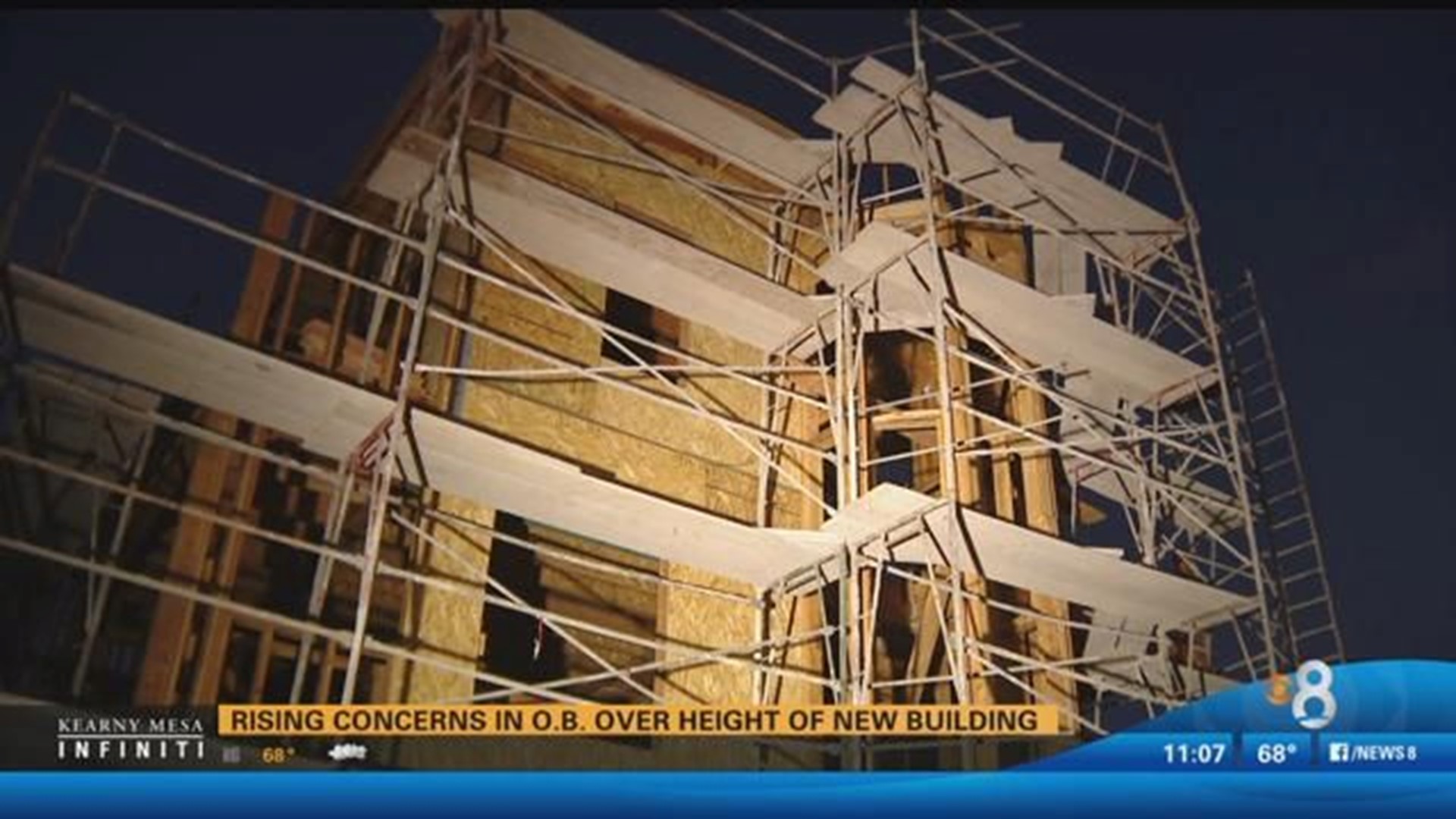 Ocean Beach residents in a clamor over the construction of a three-story home being built at the corner of Ebers and Green Streets said once the construction project is completed it will be too tall and block their views.

Critics spoke out Wednesday night at an Ocean Beach Planning Commission meeting saying the developer did not go through the proper channels - including The Coastal Commission.

"We want him to go by the rules like we did and everybody else did in the neighborhood," said Mick Rush.

According to residents of the area, the building may exceed the 30-foot height limit imposed on new construction. Critics also said the construction will take away two off-street parking spaces - already at a premium commodity in the Ocean Beach area.

A similar battle over building height has also been brewing in Point Loma where residents there protested the construction of a home exceeding 30-feet.

According to the Planning Commission, "from a municipal code standpoint, it is not currently violating any municipal codes because the has built mechanisms around his project to satisfy the criteria of the zoning code."

Ocean Beach residents said they are not giving up the battle and are planning to return to next month's Ocean Beach Planning Commission meeting.

CBS News 8 reached out to the developer of the Ocean Beach project for comment but have not received one.