The Rolling Stones kicking off their summer tour before a sold-out crowd at Petco Park Sunday night and organizers of the show urge ticket-holders to arrive early so they can go through security an... 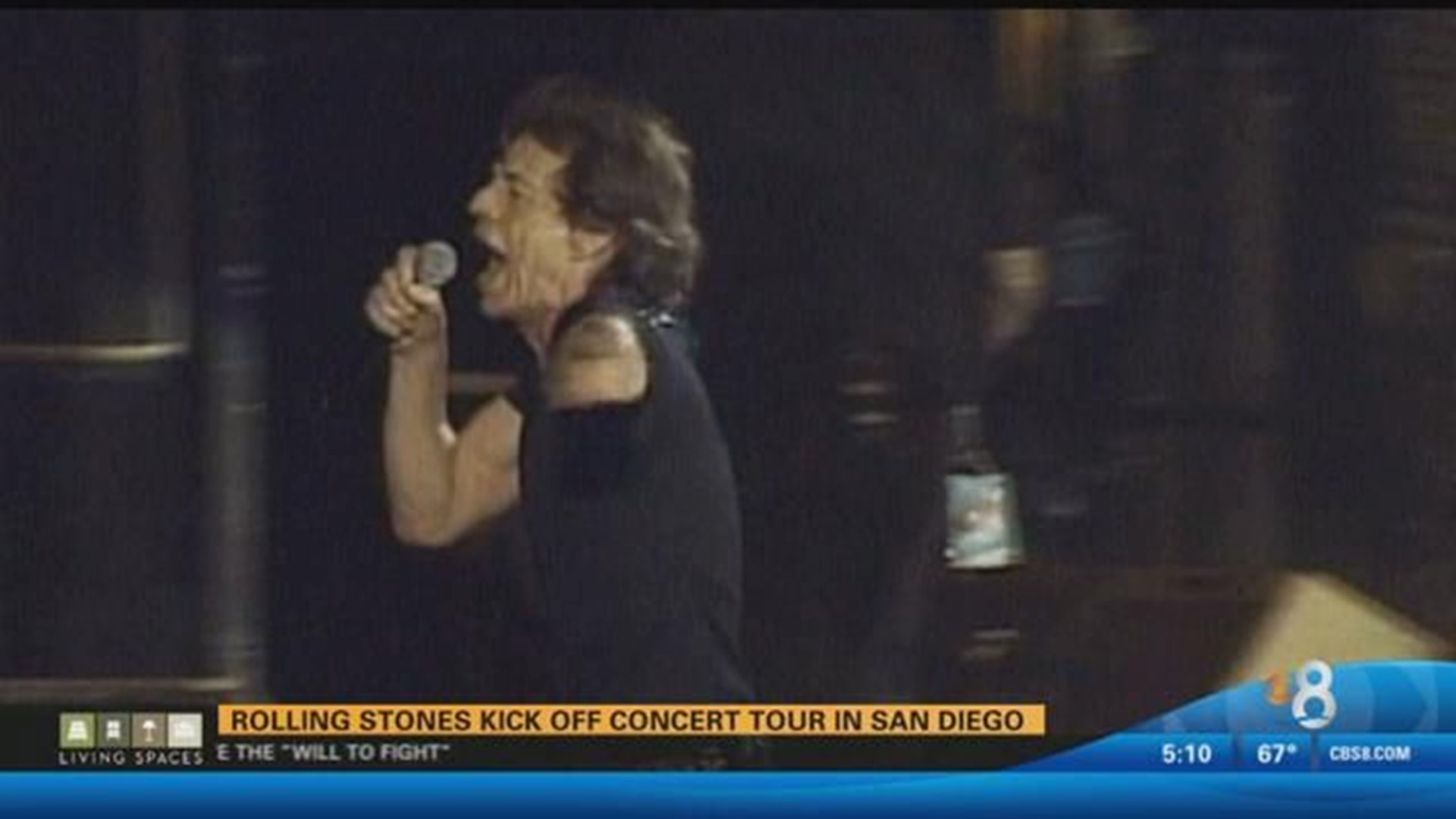 SAN DIEGO (CNS) - The Rolling Stones kicking off their summer tour before a sold-out crowd at Petco Park Sunday night and organizers of the show urge ticket-holders to arrive early so they can go through security and locate their seats.

Metal detectors were installed at the stadium's gates before the Padres season started, and they'll be used for the concert. Security personnel will not only be looking for weapons, but also professional cameras and video cameras like GoPros. Cell phone cameras are allowed.

Parking lots in the East Village are set to open at 1 p.m., and the stadium gates will open at 6 p.m.

The Stones, whose lineup on the "Zip Code" tour includes San Diego-based saxophonist Karl Denson, plan to hit 15 cities in the U.S. and Canada.

"We are excited to be back in North America playing stadiums this summer!" singer Mick Jagger said on the band's website. "We are looking forward to being back on stage and playing your favorite songs."

The website said fans can expect to hear old favorites such as "Gimme Shelter," "Paint It Black," "Jumpin' Jack Flash," "Tumbling Dice" and "It's Only Rock `N' Roll."

For those planning to use public transportation, the Metropolitan Transit System said it would increase the frequency of trolley runs before and after the concert. The final train on each line will depart about 45 minutes after the conclusion of the concert.

The North County Transit District said an additional Coaster train will leave the downtown San Diego Santa Fe Depot about one hour after the show ends, or around 1 a.m.