Police say a man missed the Oceanside harbor entrance and got caught in a swell early Saturday. His boat capsized just after midnight near the 1200 block of North Pacific Street. 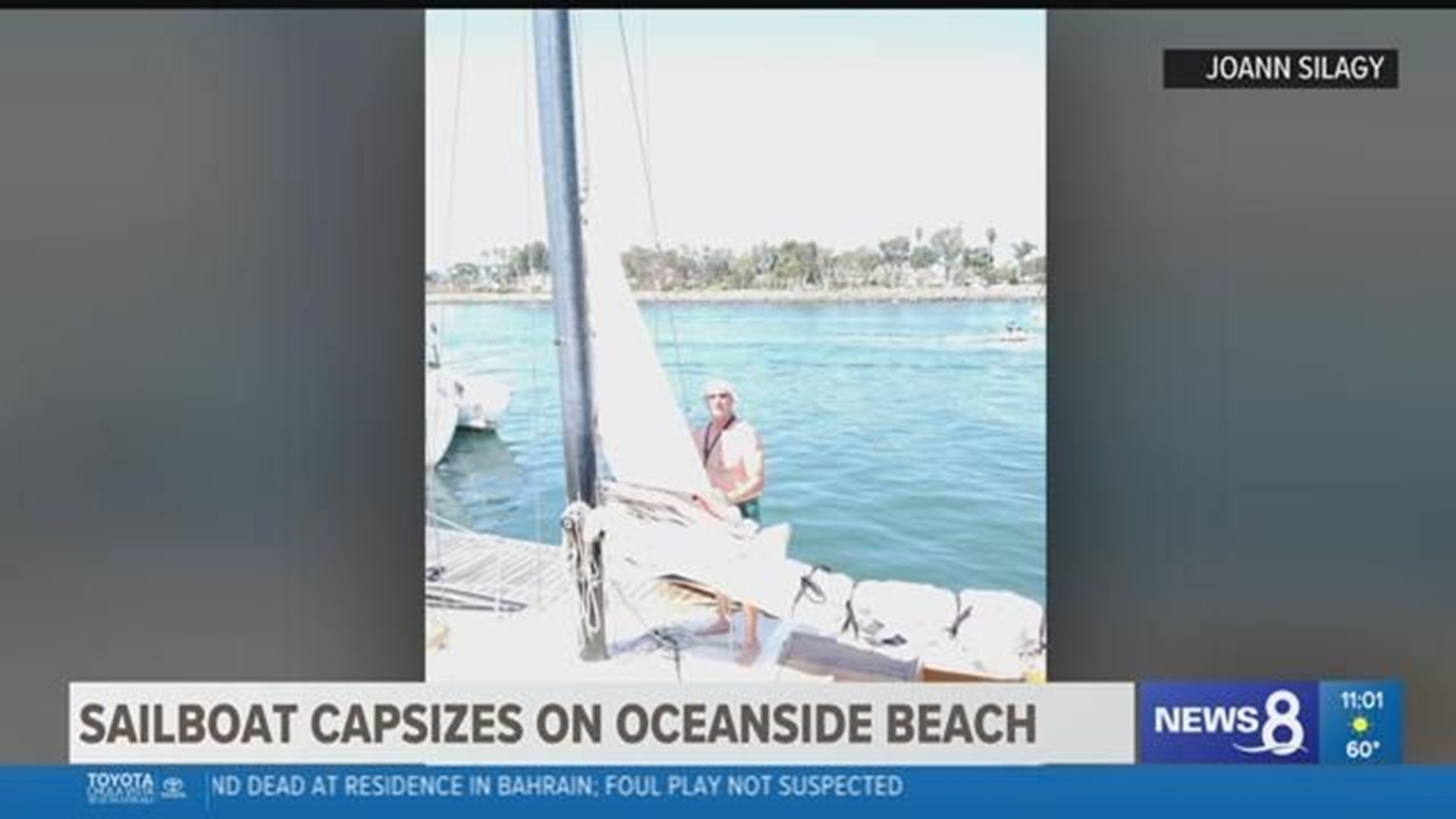 OCEANSIDE (NEWS 8) — Police say a man missed the Oceanside harbor entrance and got caught in a swell early Saturday. His boat capsized just after midnight near the 1200 block of North Pacific Street.

The owner of the boat spoke with News 8 about the frightening incident.

Andrea Michale Ania never thought his 32-foot sailing boat would end up in Oceanside at all.

Late Saturday, Ania left Santa Catalina Island and was heading home to a harbor in Orange County when the waters he was sailing in took a dangerous turn.

But that was just the beginning.

"I noticed I had no navigator, tried my other one and that was dead,” he said.

Ania decided to change course and sail to a harbor in Oceanside.

“As I turned, an enormous wave came over the front of my boat and I went up and down over the wave and crashed down,” he said.

"I went in the water and I reached up and grabbed the back stay - it pulled me up, I went up, I thought I was safe and then all of a sudden my hand slid [because of the wetness],” said Ania. “It cut me and bruised me and burned both my hands and I let go and went under and coming up I must have hit the propeller on my foot.”

With the boat moving away from him, Ania says his only option was swimming to shore.

"Every two strokes I was taking there was a wave coming over my head,” he said. “I was totally exhausted, and I thought I was at my end because the distance looked too far for me to make and I didn't think I was going to survive.”

"I felt the ground with my foot, and I knew I was closer, so I kept struggling to get back,” said Ania.

Despite his injuries, he made it to shore.

Ania’s boat, which was also his home, would later run aground there too.

Though Ania has lost everything in the accident, he had this to say:

"I just thank god that I’m alive and it makes you appreciate life and how precious life is,” he said.

When Ania got to shore, police and paramedics were waiting there to help him. He suffered severe injuries to his hands and foot.

If you'd like to help Ania and his recovery efforts, click here to donate to a GoFundMe campaign established for him.

See below for video of Ania's boat courtesy of Epic Surf News.