Saildrone and NOAA team up to monitor fish populations

Scientists in La Jolla are using cutting-edge technology to track schools of fish off the west coast. 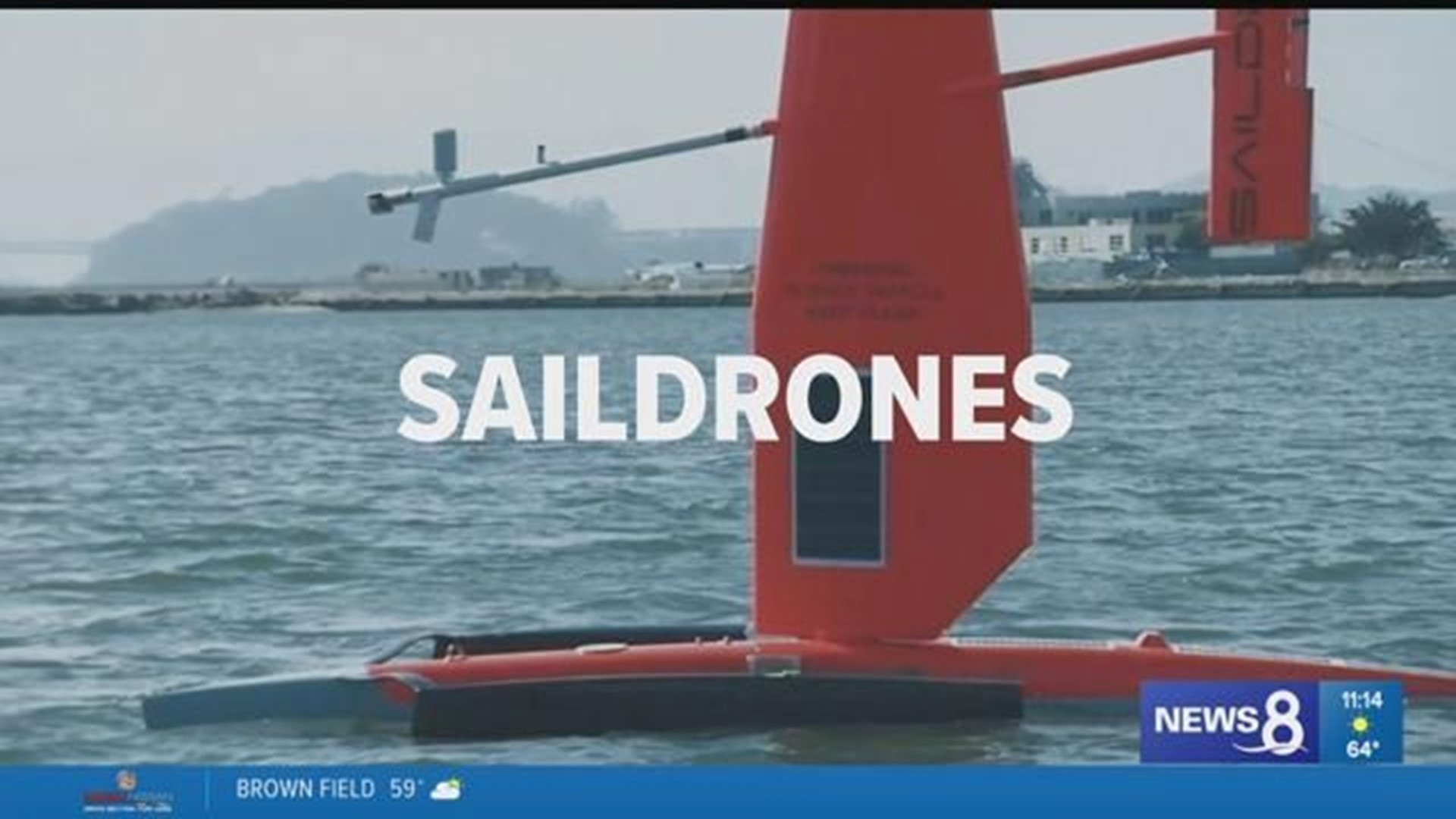 SAN DIEGO (NEWS 8) - Scientists in La Jolla are using cutting-edge technology to track schools of fish off the west coast.

They’re using Saildrone vessels equipped with sonar to monitor the health of the ocean and fish populations.

It may look like a sailboat but it's actually a drone, hence the name Saildrone.

Five of the unmanned vessels recently completed a six-month mission to track fish populations from Vancouver to San Diego.

“It works just like a sailboat and it can sail or tack in a specific corridor. We use the solar panels that you see onboard to power the sophisticated sensor suite that's inside,” said Nora Cohen, a spokesperson for Saildrone, a private company based in Alameda, California.

The Saildrone has a satellite connection that allows scientists to control it using a smartphone app.

It can stay at sea for up to 12 months. The only reason to bring it back to land is so scientists can download the data.

“At the end of the mission we bring the Saildrone back to shore and we transmit the entire, full-resolution data to the scientists for analysis,” said Cohen.

On the most recent mission, the Saildrones teamed up with a San Diego based, NOAA research ship: the 200-foot Reuben Lasker.

“You can see the draft of a Saildrone is quite small, our draft on (the Reuben Lasker) is 30 feet, so we can't go nearly as close to shore as the Saildrone might be able to,” said Emily Rose, a NOAA Corps lieutenant command onboard the Reuben Lasker.

The five drones and the NOAA research ship were all equipped with sonar that locates large schools of fish underwater.

“That sound bounces off of the fish schools and the intensity of those echoes tells how many fish are in the ocean,” said NOAA researcher Juan Zwolinski.

“With this data we estimate the abundance of fish stocks. That's all the anchovies, sardines, mackerel, and so on. We assess them year by year and over time we can track their populations and predict what they will be into the future,” said Zwolinski.

NOAA verifies the sonar images captured at sea by lowering nets and actually catching sample fish from the schools detected.

“Understanding the population and where the fish are really helps us understand what's going on with the fish stocks, and helps us make educated and informed decisions concerning closing a fishery or restricting fishing until the fishery rebounds,” said NOAA Corps Lt. Cmdr. Rose.