A San Diego sailor who recently returned home was surprised by a big announcement by his wife who kept a big secret while he was deployed. 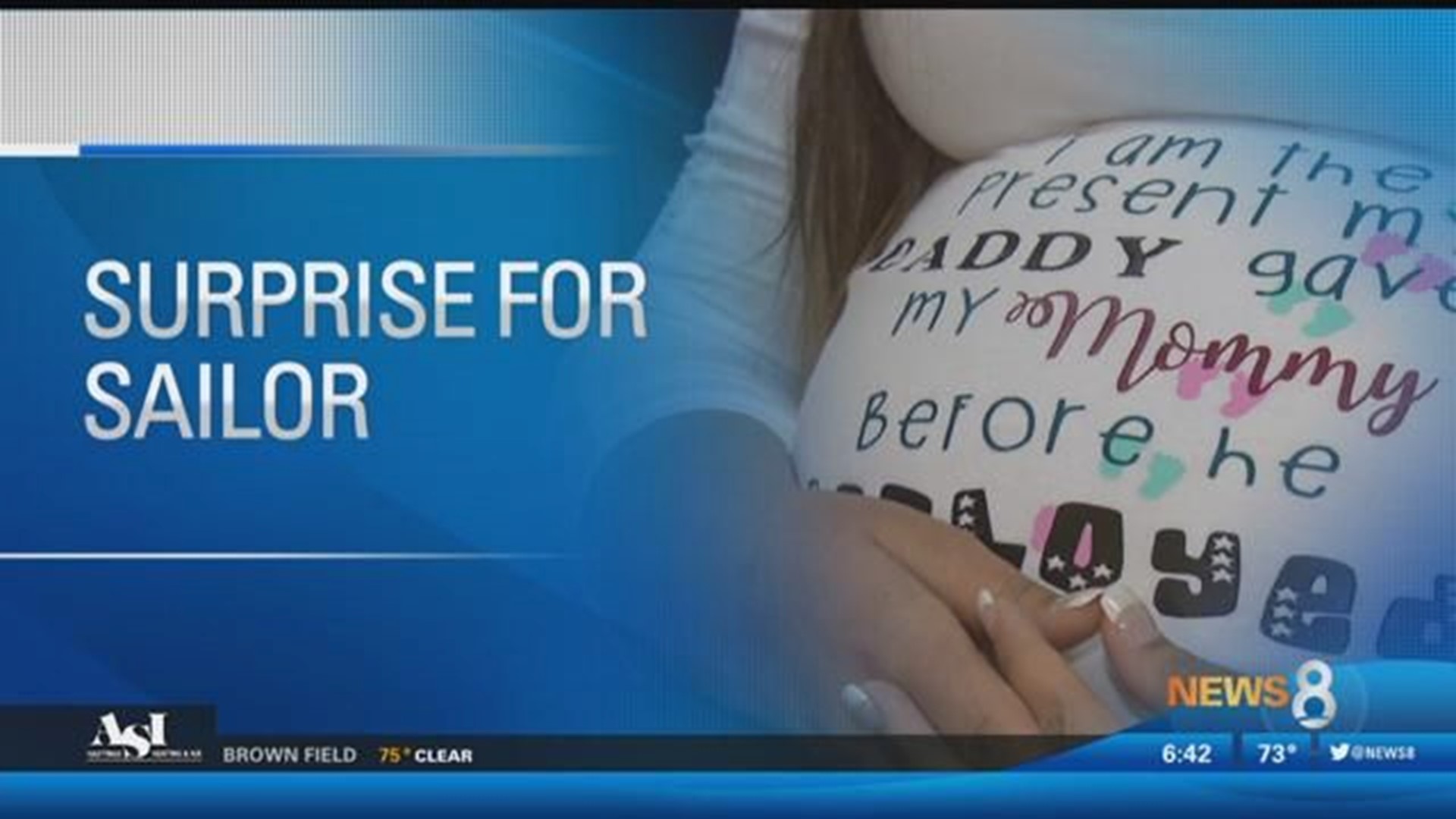 SAN DIEGO (NEWS 8) - A San Diego sailor who recently returned home was surprised by a big announcement by his wife who kept a big secret while he was deployed.

Sailor Chris Daugherty was deployed for six months on board the USS Carl Vinson, but when he stepped off the ship last Friday, his wife greeted him with news of her six month pregnancy.

Video shows the moment Daugherty is reunited with his family. First, he hugs his two young girls and then his wife, Natasha, who was holding a sign covering her belly kept the pregnancy secret until the very last second.

Chris said "it was a pretty awesome surprise."

RELATED: Dave, Shelly and Chainsaw's 12 Days of Christmas in July For Our Military

But for Natasha, it was a tough secret to keep for six months. "It was really hard because I had to filter my pictures. When we would FaceTime, it was fast and short."

Natasha said it was hard to keep their four-year-old from spoiling the big news. "It was hard, but it worked," she said.

For Chris, it was the best Father's Day gift and the surprise was worth it, compared to being told over an email or over the phone.

"It was an awesome surprise to find out that way. Finding out in email or over the phone, that's easy, but since she saved it, it was special."

Chris recalls thinking it was all a joke.

"I was looking at her, then poked it because I was not sure if she was playing a trick on me," he said.

Natasha is raising a four-year-old and 18-month-old. She is pregnant and works two different jobs as a nurse. Baby number three is due on August 31.