A charity run, meals for the needy, a long-running music festival and -- shhh! -- holiday shopping were on tap for Thanksgiving Day in San Diego. 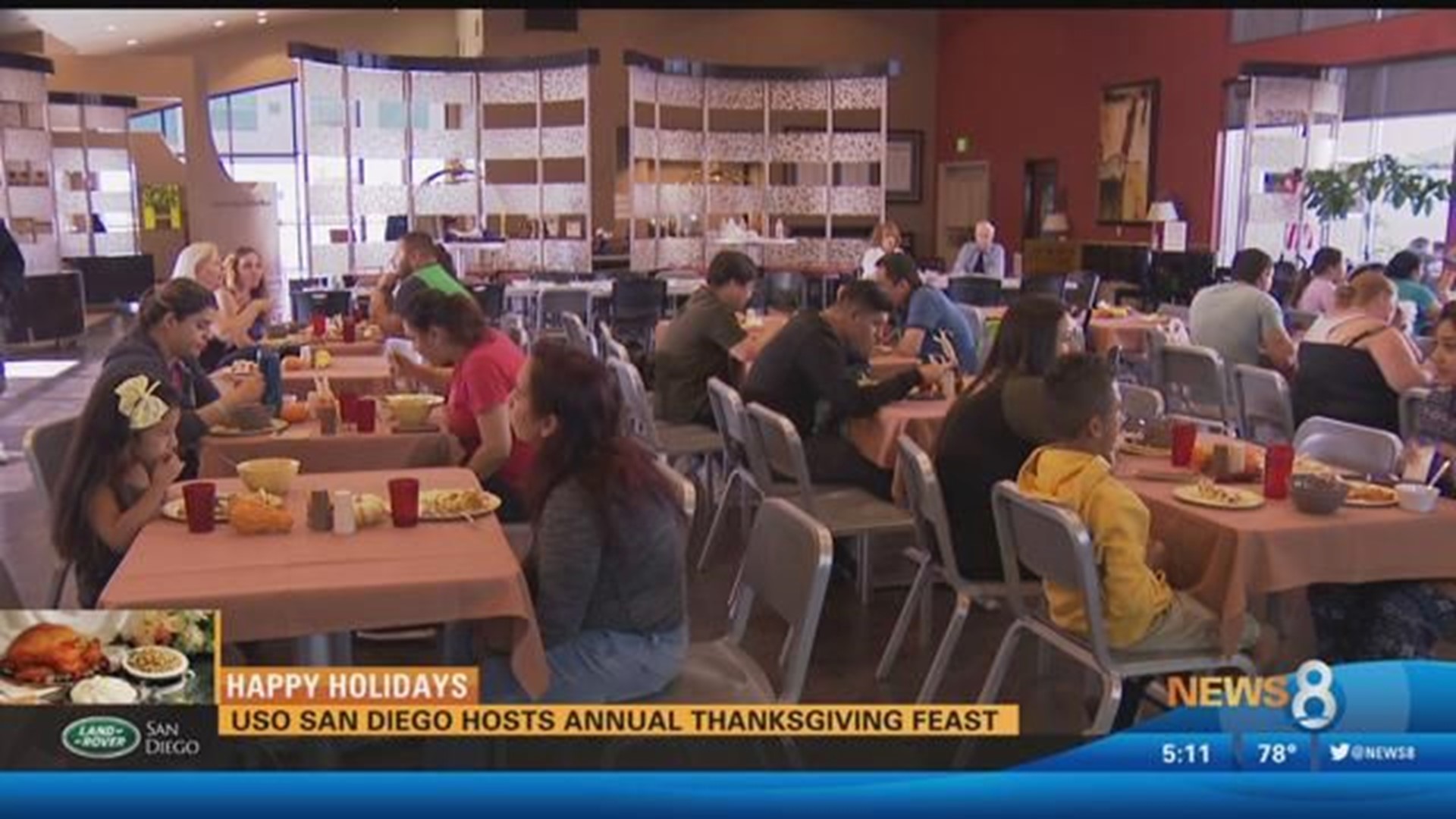 SAN DIEGO (NEWS 8) - A charity run, meals for the needy, a long-running music festival and -- shhh! -- holiday shopping were on tap for Thanksgiving Day in San Diego.

The Salvation Army hosted its 34th annual Thanksgiving meal at Golden Hall in the downtown Civic Center complex for anyone in need. The charitable organization also made holiday meals available at its Oceanside site Thursday morning.

Around 300 low-income older people, many without family, received a holiday meal at Serving Seniors, a nonprofit located at 1525 Fourth Ave., just north of downtown.

More than 7,500 runners took part in the 16th annual Father Joe's Villages Thanksgiving Day 5K beginning at 7:30 a.m., starting at Sixth Avenue and Laurel Street in the west side of Balboa Park.

USO San Diego also made Thanksgiving a little brighter for those who could not make it home.

Nearly 250 military members and their families were treated to a Thanksgiving feast with all of the trimmings at the USO's downtown centers. Volunteers served up plenty of turkey and smiles.

Altogether, they fed about 1,000 people.

USO San Diego also served up warm meals at its airport center at Lindbergh Field and delivered meals to service members working on base.