The City of Santa Rosa was devastated by the recent wildfires. Thousands of residents lost their homes and now, a San Diegan who grew up in Santa Rosa is stepping in to help. 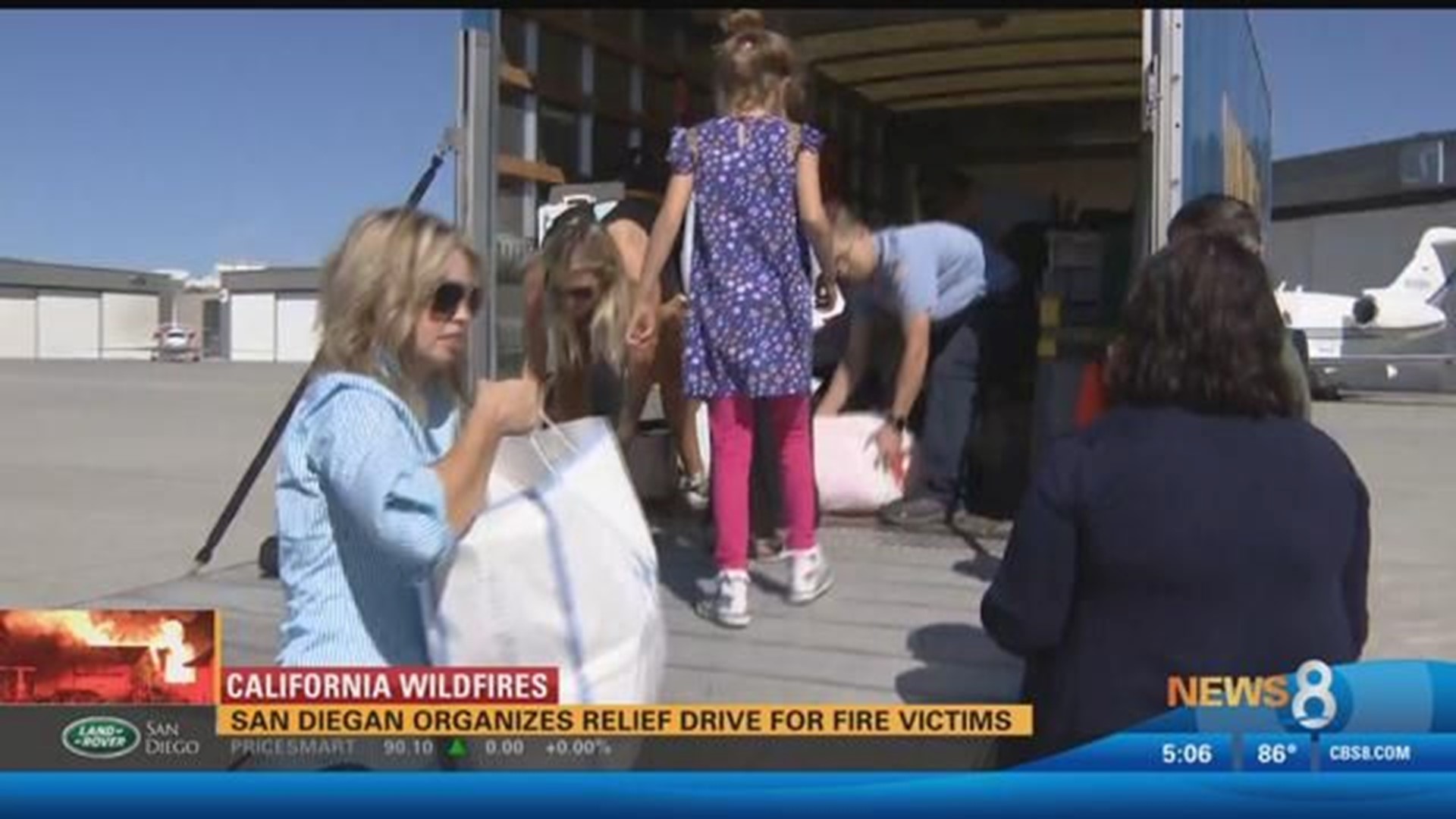 SAN DIEGO (NEWS 8) — The City of Santa Rosa was devastated by the recent wildfires.

Thousands of residents lost their homes and now, a San Diegan who grew up in Santa Rosa is stepping in to help.

Wanting to do something for her hometown after it was ravaged by the wildfires, local woman Julie Keller sprang into action.

"These people have nothing, nothing," said Keller. "My whole family is up there. My parents and brother were lucky to be safe, but unfortunately other family members and all my dear friends have lost their homes."

Keller and a group of friends created SonomaCountyFireRelief.com to be a central point for shelters and evacuation centers.

"A lot of these kids don't have pajamas and it's going to start to get very cold up there," said Keller.

The group has been packing everything from underwear to toiletries to go to two big warehouses in Santa Rosa.

"This is crazy. It's so amazing - the San Diego community has really come together to support everyone in northern California," Keller said.

Volunteers have brought essentials and supplies have been loaded on planes

Pilot Matt Keegan's Santa Rosa home burned down, but that didn't stop him from helping.

"You know there's nothing I can do about my house, so you know I can use my tools and go get to work and try to help some people," said Keegan.

He got other pilots on board and even his daughter to help.

"They need this stuff more than we need a hotel," said 8-year-old Sophia Keegan.

Others in the county also came forward to help and bring donations.

The American Legion Post 416 of Encinitas answered the call.

"We brought a lot of stuff," said Ed Riley. "I went to the legion they said 'put the call out' and everyone responded in a few days."