Equal Pay Day is being held Tuesday to highlight wage discrimination against women. Activists are holding rallies around the country. 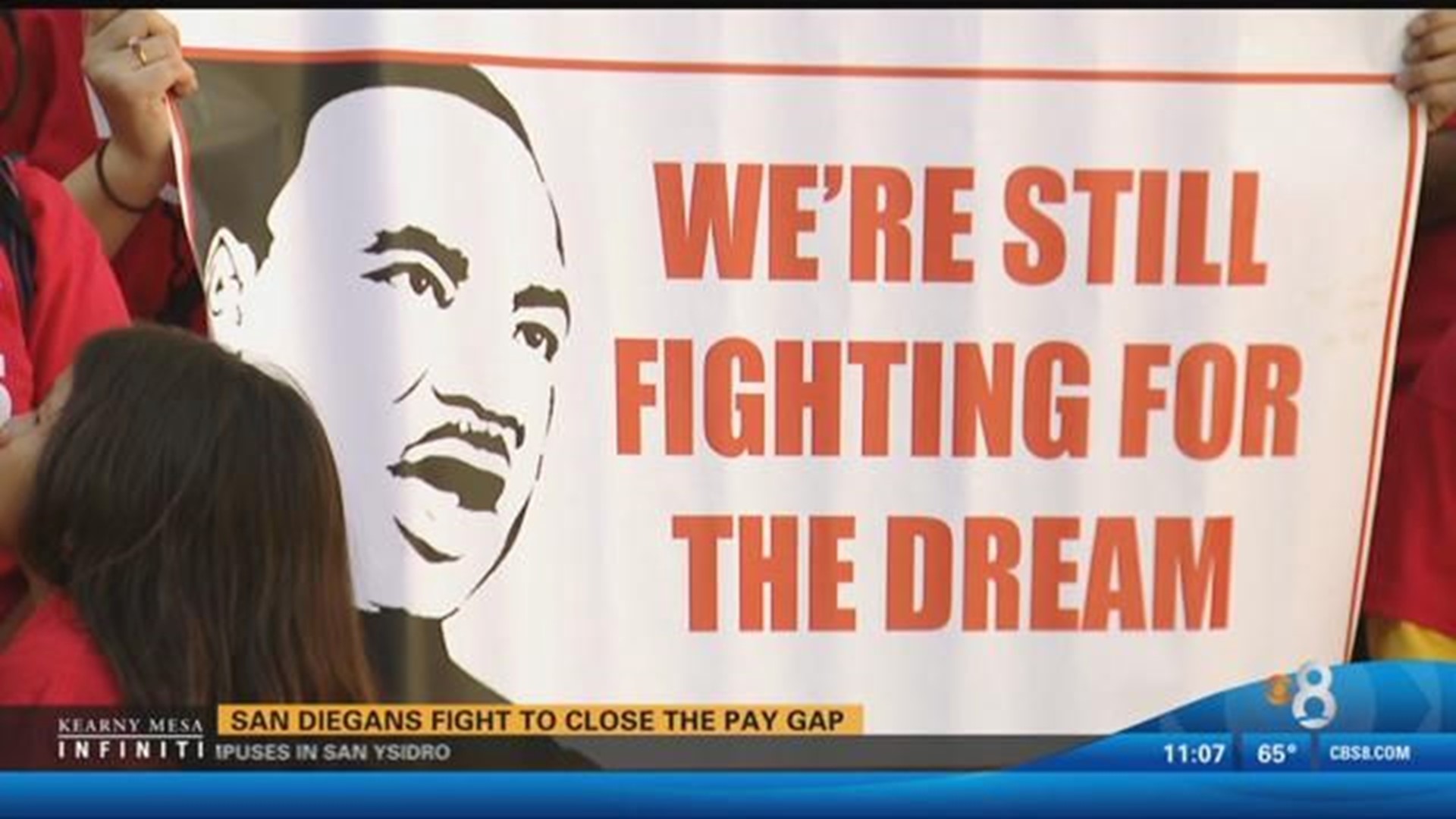 SAN DIEGO (CBS 8 / AP) - Equal Pay Day is being held Tuesday to highlight wage discrimination against women. Activists are holding rallies around the country. Here's what you need to know:

- Equal Pay Day was created 21 years ago by the National Committee on Pay Equity. It is held in April to symbolize how far into the year women must work to earn what men earned in the previous year.

- Women made about 80 cents for every dollar men earned in 2015, according to U.S. government data.

- Sheryl Sandberg, the chief operating officer of Facebook Inc. and founder of the non-profit Lean In, launched a new campaign Tuesday: #20PercentCounts, representing the 20 percent less that women make compared with men. Companies big and small are offering discounts, rebates or donating money to women's organizations. Learn more at leanin.org/equalpay.

On Tuesday, demonstrators marched on City Hall in downtown San Diego to demand better pay for all workers regardless of race - marking the 49th anniversary of Dr. Martin Luther King's assassination.

"I am standing here on what is called Equal Pay Day, but it is not equal for women of color," said one demonstrator.

While the overall gender pay gap is 20 percent nationally, in San Diego County it is slightly smaller: 13 percent. The gap remains wider nationwide for minorities.

To draw awareness around that 20 percent less that women earn compared to men, Lean-In launched a new campaign Tuesday in which businesses nationwide, including over 30 in San Diego, offered a 20 percent discount.

Among the local businesses to offer the 20 percent discount was North Park's Splash Wine Lounge and Bistro - a woman-owned and operated business.

"It's really exciting to be part of something that brings awareness because of course brings education which hopefully will bring change," Bonny Douglas.

According to Lean-In, if the gender pay gap nationwide was closed, the average woman would earn $530,000 more over the course of her career.

San Diego was one of 25 cities across the country that took part in "20 percent counts" campaign - a movement organizers hope will become an annual event.