SAN DIEGO (NEWS 8) - In early February 2019, the San Diego City Council unanimously voted to repeal a 1983 ordinance prohibiting residents from living in a vehicle on any street within city limits.... 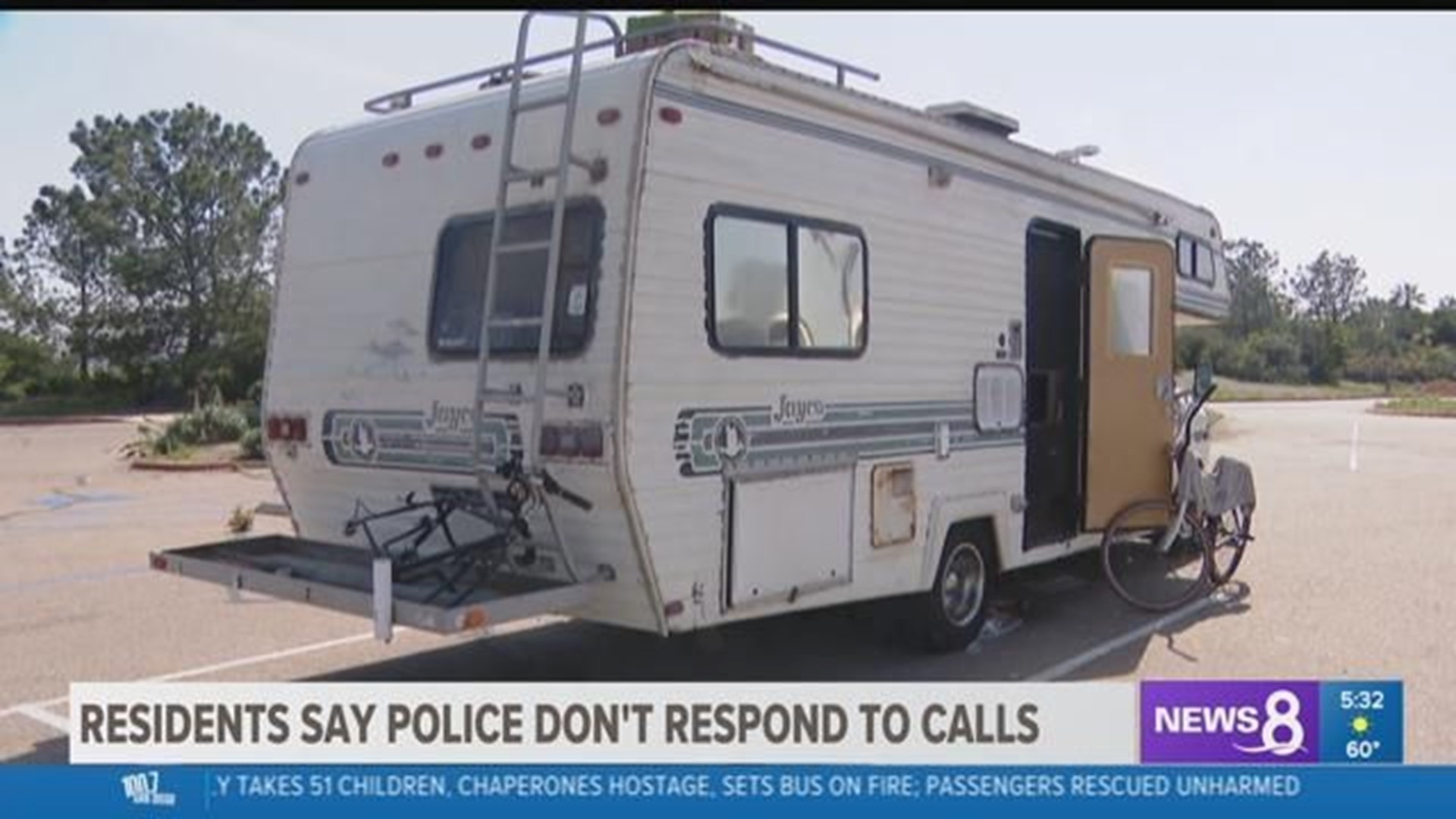 SAN DIEGO (NEWS 8) - In early February 2019, the San Diego City Council unanimously voted to repeal a 1983 ordinance prohibiting residents from living in a vehicle on any street within city limits.

This is not sitting well with many San Diego residents. Homeowners say there is toilet paper left on lawns, drug paraphernalia on the sidewalk and strangers sleeping in cars just feet from their front door.

Sunset Cliffs resident Karen Sahd told News 8 that there is always trash around the outside of her home, but last week something happened that pushed her over the edge.

She says that on Friday a man got out of his car and without even looking around – walked up to a tree and urinated on it.

Man got out of his car and proceeded to urinate on a tree according to a Sunset Cliffs resident.

Neighbors, including with Karen herself, have called the police, but she says it does no good ever since the city made it legal for people to sleep in their cars on public streets.

"We used to be able to call the cops to come and check on what is going on – 'hey can you check on a vehicle, something looks suspicious…' - now, they don’t even come out," Sahd said

Merilee Neal says the car-sleepers leave behind bottles of half-filled urine near her house. She says that during the day – within a short walk – there are bathrooms, restaurants and shops nearby, but in the middle of the night there is nothing.

Related: San Diegans are worried about people sleeping in cars

District 2 council member, Dr. Jen Campell says she has heard the concerns and she has recently signed a memorandum asking the Mayor to turn the South Shores Parking Lot next to SeaWorld into a safe parking location where people can sleep in their cars without being hassled by police.

Gary Lombardi has been sleeping in a vehicle for 20 years and says that people are parking on the street because the police hassle them and give them tickets if they are in a parking lot. Lombardi says that if South Shores was opened to people it would eliminate some of the issues of the surrounding neighborhoods.

Residents in Point Loma say they are frustrated as a community and they are sick and tired of finding feces and other surprises every morning on their streets.

Residents in Point Loma say they are are fed up with the constant feces on walls.