San Diego Bug Watch! 10 insects that could bite or sting you this summer

SAN DIEGO (COUNTY NEWS CENTER) — Living in San Diego County means enjoying the outdoors, whether it’s hitting the beach, hiking in the mountains, visiting a park or just hanging out in the yard or ... 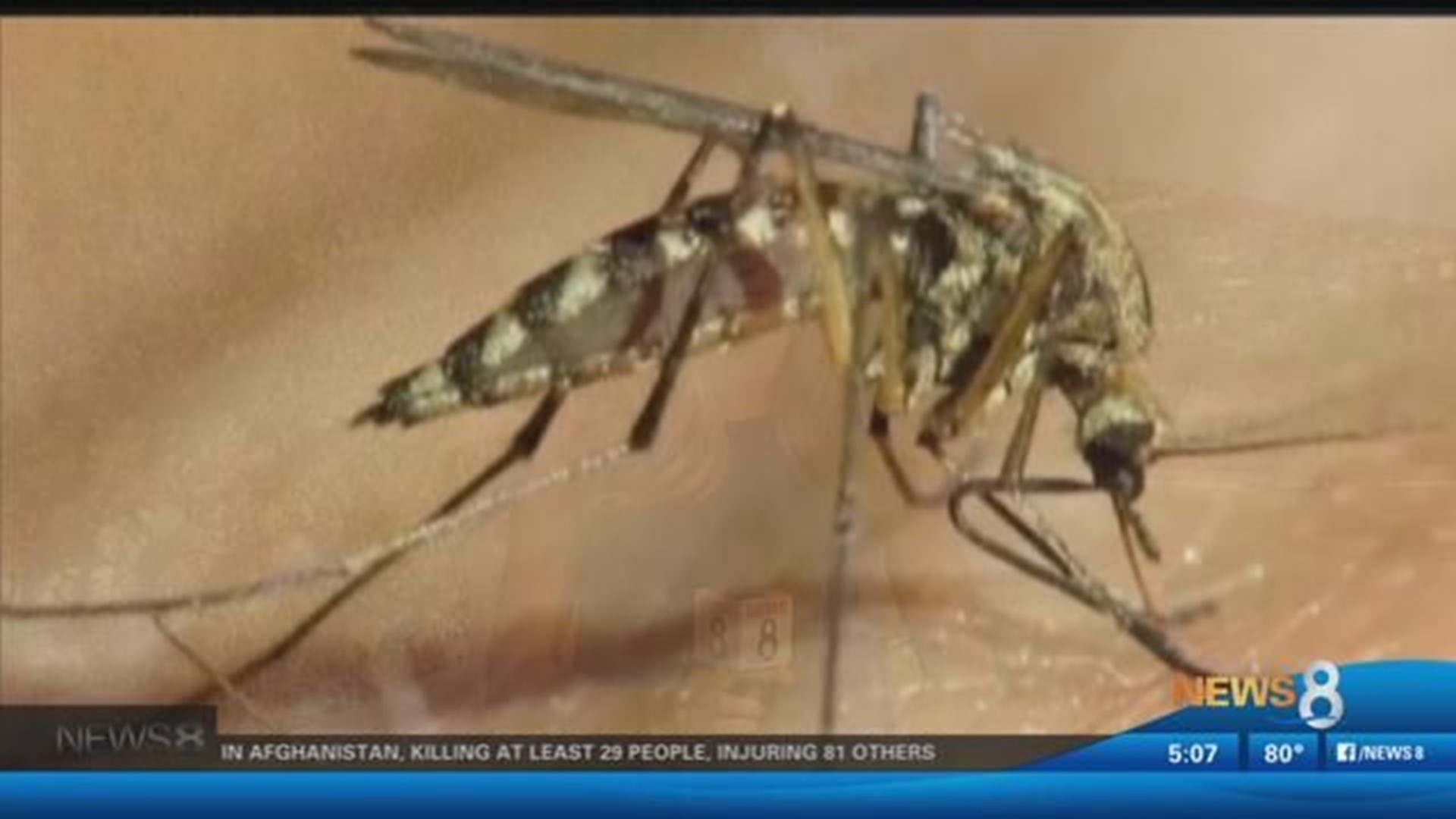 SAN DIEGO (COUNTY NEWS CENTER) — Living in San Diego County means enjoying the outdoors, whether it’s hitting the beach, hiking in the mountains, visiting a park or just hanging out in the yard or neighborhood.

But outside is also bug-territory. And while we’re not as infamous for bugs as other places in the U.S. — Minnesota’s “unofficial state bird” is the mosquito, and Florida and the Southeast’s blood-sucking “no see um” gnats are notorious — we still have bugs that can bite and sting.

So here, from the County of San Diego’s Vector Control Program, in no particular order, are 10 bugs that could bite you this summer. Just remember, you can protect yourself. Wear insect repellent, wear the right clothes and be mindful of your surroundings!

San Diego County definitely has mosquitoes. And some of them will not only bite you, they can potentially make you sick. Our native Culex mosquitoes, which mainly bite at dusk, dawn and at night, can transmit West Nile virus if they bite an infected bird before they bite you. Our invasive Aedes mosquitoes, which bite at dusk, dawn and during the day, can transmit Zika, chikungunya and dengue if they first bite an infected person. Those invasive Aedes mosquitoes love to live and breed close to people, in yards and even inside homes. The best way to protect yourself is find and dump out all standing water so they can’t breed, and to follow the County’s “Prevent, Protect, Report” guidelines.

Yuck. Not many things freak us out more than finding a blood-sucking tick latched on to one of our appendages, or to one of our pets. Tiny, flat, eight-legged parasites related to spiders, ticks crawl out on leaves, tall grass and vegetation and extend their hooked front legs to latch onto passing animals and people. Tick-related diseases are relatively rare in San Diego County. However, they have been known to transmit tularemia, otherwise known as rabbit fever, Lyme disease and spotted fever illnesses.

Here are a few tips for protecting against ticks: Wear insect repellent when outdoors in areas where ticks might be. Stay on trails and out of the brush when hiking, and tuck shirts into pants and pant legs into socks. Treat pets with a flea and tick regimen, and leave them at home, or keep them leashed when hiking.

Fleas are one of those biting pests that we’re most likely going to run into because of our pets. We let the cat or dog outside, they get fleas, bring them in the house, and then we get bitten too! Fleas can also be found on wild rodents including squirrels and chipmunks, which is why you shouldn’t touch or pet animals in the wild. Fleas can carry plague if they bite infected wild rodents, and earlier this year a woman was infected with murine typhus from fleas brought inside by her pet cat.

Protect against fleas by using flea control products on pets and by removing brush, rock piles, junk, cluttered firewood and food supplies — especially pet food — from around your home to keep rodents and animals away.

Most spiders are harmless — let’s face it, we’re a lot bigger than they are — but San Diego County does have poisonous black widows and brown widows, and tarantulas, which are more scary (and hairy) than they are dangerous. Black and brown widows do like to hide in places where they can bump into people, urban areas and backyards, in patio furniture, gardens, outdoor toys and playgrounds. People can protect themselves by taking simple actions. Wear shoes outdoors. Don’t reach your hands into holes, under furniture and into woodpiles where you can’t see spiders. Shake out clothing, towels, shoes, gloves and boots before using them. Seek medical attention if you’re bitten by a black widow or brown widow.

Bee stings do hurt, and they can even be deadly to people who are allergic to bee venom. However, generally speaking, bees don’t bother people unless people bother them. Like wasps and hornets, they sting to protect themselves; so you’re only likely to be stung if you grab, step on, or lean against one. If bees make a hive in your yard, your best bet is to keep away and call a bee removal or pest control company to remove the hive for you. You don’t want to agitate a hive — that can result in lots of angry bees and lots of stings.

Unlike bees, which can only sting once because they die when they sting, wasps can sting multiple times, and their stings can be powerful. That makes them a scarier opponent if you manage to anger them. You can find paper wasps and mud daubers — nicknamed because their nests look like they’re made of paper and mud — and yellow jackets in San Diego County. Some wasps, like the flea-sized, parasitic tamarixia wasp, are being used to protect agriculture, like wine grapes, because they eat the glassy winged sharpshooter that can spread Pierce’s disease. But if you find wasps nesting around your home or under your roof’s eaves, it’s nerve-wracking. Like bee hives, it’s best to call a pest removal company to help if you need to remove wasps.

Most ants are more annoying than painful and this is the time of the year you can easily find them crawling into your home, looking for water or food, turning that leftover pizza into a wriggling, black mess, or marching in a trail of thousands into your cabinets or bathrooms. But San Diego County also has its share of ants that will bite you.

“Ants are really just wingless bees or wasps,” said County Supervising Vector Ecologist Chris Conlan. Locally, red-colored harvester ants, southern fire ants and red imported fire ants pack painful bites and stings — but pretty much only if you bother them. To protect yourself, don’t leave food and/or pet food out; caulk up openings in doors and windows and put out ant bait traps.

Scorpions are ancient, nighttime predators that eat insects, spiders, other scorpions, and if they’re big enough, even lizards, snakes and mice. They can be small or up to three inches long. They’re also pretty scary looking, with crab-like pincers and a stinger on their segmented tail. However, Conlan said that generally, the stings of our local scorpions are less fearsome than their looks — on par with a bee sting. But he said as in any bite or sting, if a person develops any alarming symptoms, they should go to the doctor or emergency room be checked out.

You’re more likely to find these last two bugs that might bite you inside your house than outside, but they deserve mention. Bedbugs are small, about 4 to 5 millimeters in length, flat and brown. And they suck people’s blood — typically biting and feeding at night when people sleep. Infestations were common before World War II, then bedbugs almost disappeared in the 40s and 50s, and now they seem to be on the rise. Bedbugs are usually brought into people’s homes by luggage, clothing, and used beds and furniture. A sign you may have bedbugs is dark spotting and staining on mattresses.

You can protect against bedbugs by getting rid of clutter around your home, sealing cracks and crevices, checking secondhand beds, bedding and furniture, and examining bed and headboard areas when sleeping in hotels and motels. If you do find bedbugs, they’re very tough to get rid of, and it’s best to call a pest control service.

Lice are also blood suckers, but instead of waiting for you in your bed, they usually infest hair and skin, or hide in clothes. They’re typically spread by coming into contact with a person who already has them. They can be spread by combs, brushes, caps and other clothing. Pets don’t transmit lice.

For head lice, there are over-the-counter and prescription medicated shampoos that can treat the problem. Body lice live on clothes and only move to the skin to feed. Pubic lice are typically spread through sexual contact and cases should be evaluated and treated by a doctor. All lice infections generally include lots of cleaning of clothes and bedding with hot water, and sometimes medicines.

For additional information about vectors and other pests, go to the Department of Environmental Health’s Vector Control Program webpage.