The San Diego City Attorney's office is filing gun violence restraining orders against nearly a dozen people it says pose a serious danger to themselves and others. The gun owners will be forced to... 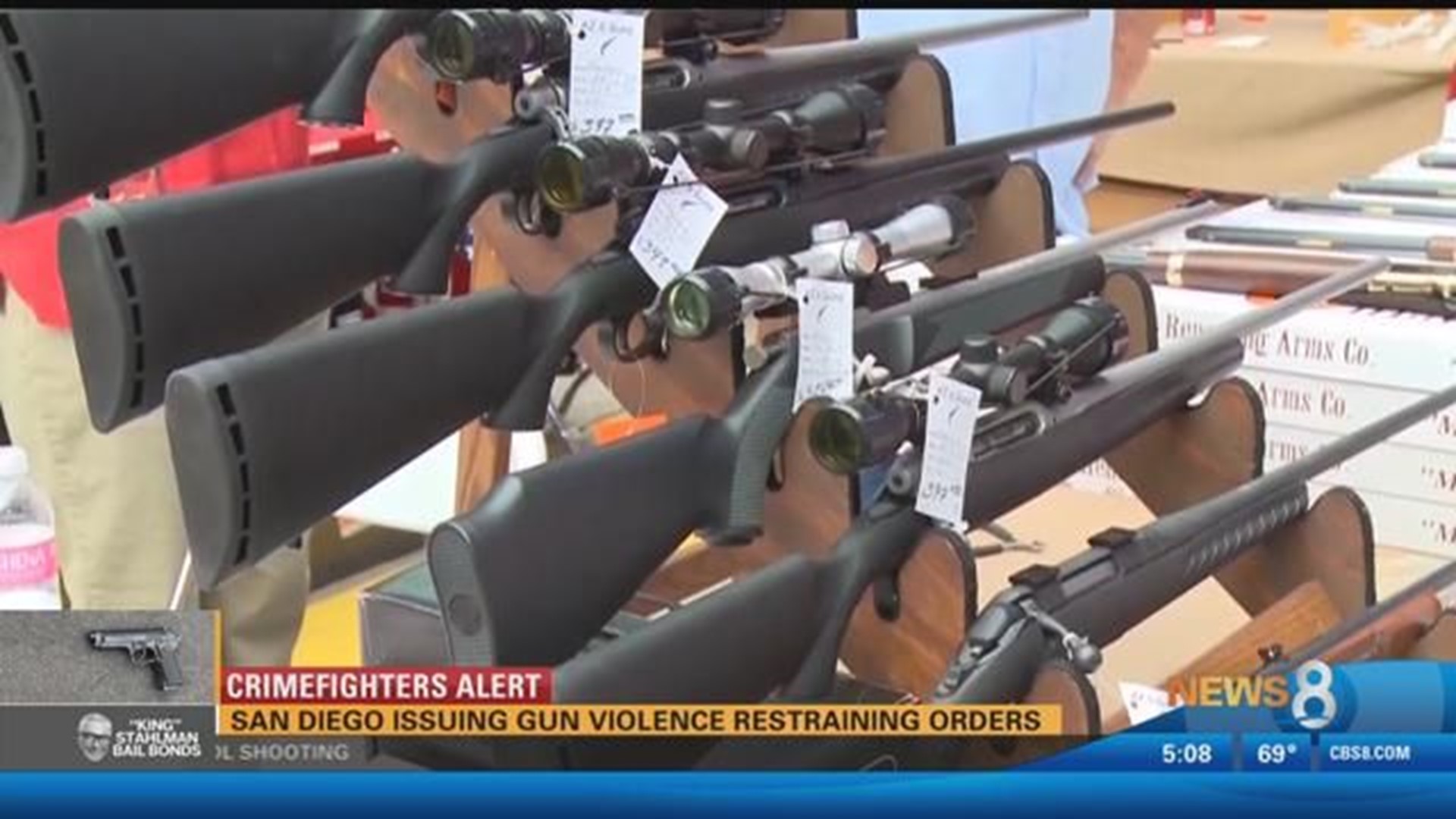 SAN DIEGO (NEWS 8) - The San Diego City Attorney's office is filing gun violence restraining orders against nearly a dozen people it says pose a serious danger to themselves and others. The gun owners will be forced to either sell or surrender their weapons.

“The bottom line is we want to keep our community safe, and if somebody should not possess a gun because they’re are going to imperil the community we are going to continue to push on it,” explained San Diego City Attorney Mara Elliott.

The San Diego City Attorney’s office is the first in the state of California to issue gun restraining orders taking guns away from owners posing a serious danger. The office started issuing orders in December 2017.

“Less than two months in, we are already at 10 which is astounding,” continued Elliott.

“City attorney’s office is not concerned with responsible gun owners,” said Elliott. “We’re worried about those who are irresponsible, possibly unstable, and are putting themselves at risk.”

Of the first 10 gun restraining orders, one was issued to a San Carlos man shooting at raccoons and rats in his backyard.

“The guy had three times the legal drinking limit in his blood and the neighbors could hear the gunshots and were very concerned about that,” Elliott explained. “The police department came over and they validated the concern.”

The case is then submitted to the court who makes the determination.

“Call the police department so they can investigate it and see if there are legitimate grounds for us to try to get a restraining order,” noted Elliott.

If you have or know of a situation that you believe warrants a gun restraining order, the city attorney says to document the situation and inform police. You can also hire your own lawyer and pursue it yourself.